THE THUNK JARS my focus from the computer screen to office window.

Through the pane, I notice an overhead wire swaying. 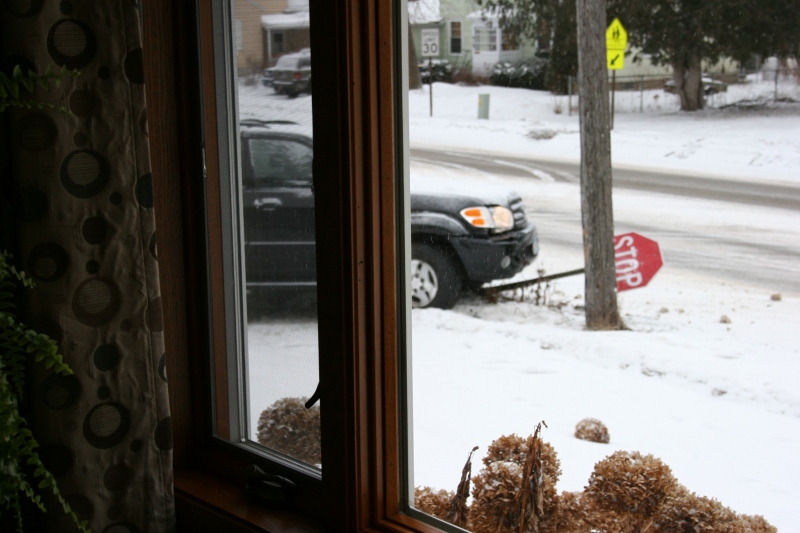 My first view of the crash through my living room window.

I grab my camera, always at hand, dash to the living room and focus on a vehicle that has taken out the stop sign. 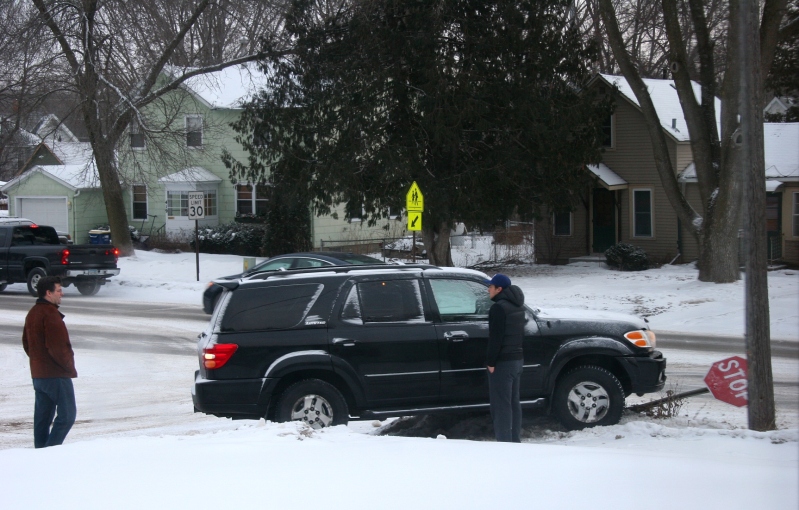 No need for me to rush outside as several motorists stop.

I don’t know the circumstances of the crash. But the side street past my corner house feeds into an arterial road. The driver may have curved toward the stop sign and power pole to avoid crashing into traffic during the 8 AM rush hour. And, yes, there are morning, after school and after work rush hours.

Streets are slicked with a layer of fresh snow. Only 10 minutes or so prior, a City of Faribault truck sprayed sand onto the roadway. Even so, these things happen, especially when driving downhill. 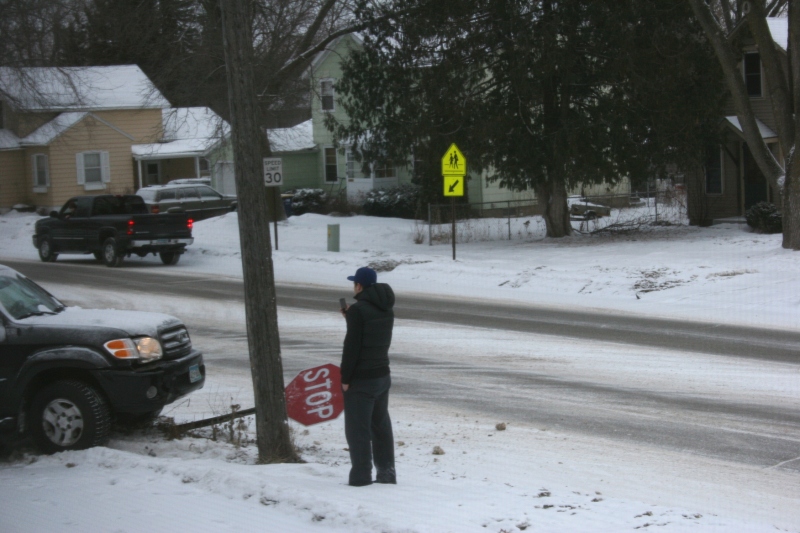 The driver documents the crash scene with his cell phone.

Damage to the vehicle’s front appeared substantial from my sideways glimpse through the window. 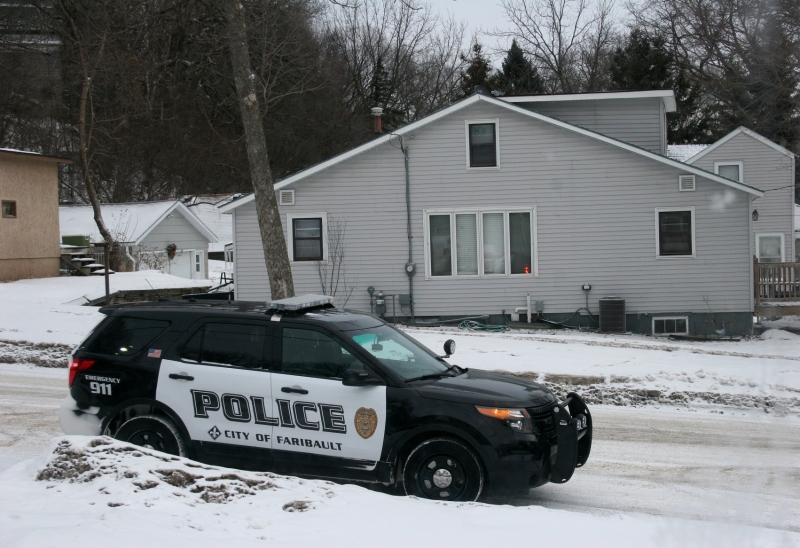 Be careful out there, both on sidewalks and roadways. 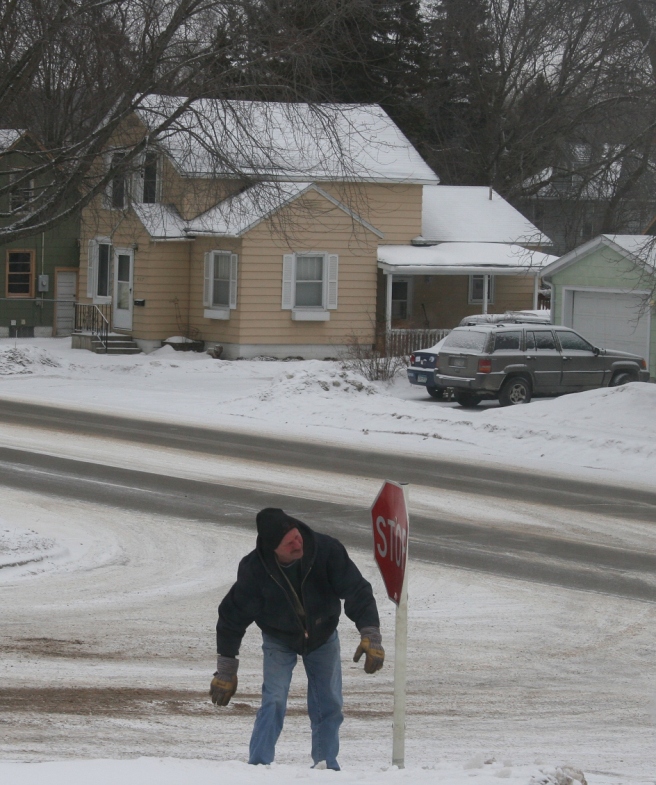 A City of Faribault worker removes the downed stop sign and replaces it with a temporary one.

20 Responses to “When roads are slick…”