Aged tombstones are often spotted with growth like this on a stone at Oak Ridge Cemetery, Faribault.

A TIME EXISTED when I disliked cemeteries. I thought of bones, of coffins, of creepy, scary stuff that wings through the imagination of a child. I thought of my grandfather buried beneath the cold earth. The grandpa with the shock of white hair. The grandpa who loved iced tea and pruning raspberries and raising honeybees. Decades later I would stand in that same southwestern Minnesota cemetery on a bone-chilling April morning to bury my father. By then I’d long overcome my fear of cemeteries.

Today I purposely walk cemeteries to discover the history, the art and the stories therein. I’ve meandered among the tombstones of countless Minnesota graveyards. But not until recently did I explore one right in my own backyard—Oak Ridge Cemetery in Faribault. The cemetery sits atop a hill along Minnesota State Highway 3 on the north edge of town. I always thought it was the Catholic cemetery, an error corrected by my husband who pointed to an adjacent burial grounds.

Oh, the oaks and the limestone.

Oak Ridge is unlike any cemetery I’ve toured. Narrow roadways wind up this historic burial site appropriately named for its ridge-top location and many oak trees. It’s a beautiful location overlooking the city. I made a mental memo to visit in the fall. I noted also two limestone buildings—a crypt and a pumphouse. And I noted the natural state of the unmanicured grounds.

Four Nutting headstones in a row grabbed my attention. The Nutting family built a manufacturing company in Faribault. On the left is the marker of the Rev. Freeman Nutting, who married Mary Spencer. After he died in December 1853, Mary married Freeman’s older brother, Truman, in 1854. Truman’s first wife, Lucinda Graves, died in 1851. 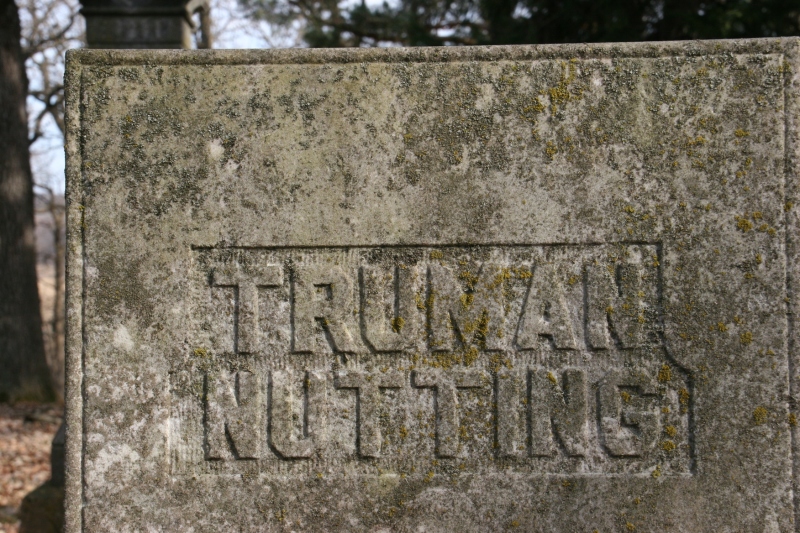 Mary Spencer Nutting was born in 1814 and died in 1904. Have you ever noticed how aged graves read “wife of,” but not “husband of?”

When I began reading tombstones, I recognized names of early Faribault residents, of individuals prominent in the community. This is an old cemetery, laid out in 1857, a year before Minnesota became a state.

A Google search revealed that stones atop a headstone indicate a visitor stopped to pay respects to the deceased.

A penny on a headstone also marks a visit and is often practiced by those of Jewish faith, according to Google sources. I spotted this coin on a headstone with a Star of David.

As I paused at markers, I considered the personal stories that I will never know of these men, women, teens, children and babies once loved. I saw evidence of that love in objects left atop gravestones. I’ve seen the usual flowers, flags, garden art and stuffed animals at other cemeteries. But not until Oak Ridge had I seen a penny and stones left as signs of a grave site visit.

There’s so much history in cemeteries. This sign led me to visit the Dalby Database to learn more about the woman buried beneath this marker. The broken marker is held together by a plate and bolts. 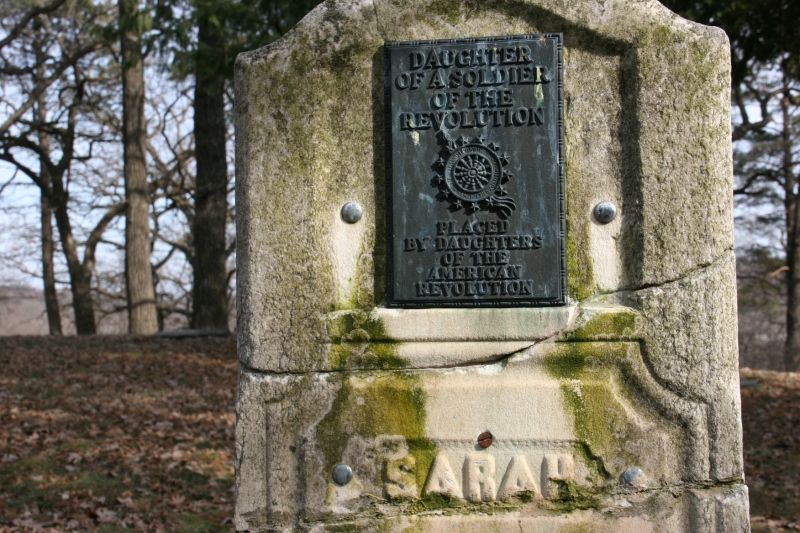 …daughter of William Brewster, soldier of the Revolution.

I am determined now to revisit Oak Ridge—termed by another visitor as “the horse and buggy cemetery.” His tag seems fitting for a burial site that traces back to the early days of Faribault, of Minnesota as a state.

I’ve visited many rural Minnesota cemeteries. This is the first Star of David I’ve found on a tombstone.

TELL ME: Do you explore cemeteries? If yes, why?

A tombstone inscribed in German.

FYI: Click here to read an unofficial Facebook page for Oak Ridge Cemetery. It offers lots of information on those buried here.

The Dalby Database is also an excellent source of information for those buried in cemeteries throughout Minnesota.

15 Responses to “Exploring the aged Oak Ridge Cemetery in Faribault”