How you can help a Faribault family dealing with loss & cancer December 18, 2018

Nate and Jackie Howells and family of Faribault.

IT’S BAD ENOUGH when parents lose a young child. But to endure such a tragedy shortly before Christmas deepens the pain.

This is the reality for a Faribault couple whose almost 4-year-old son, Casimir, died on December 13. On his first birthday on December 27, 2015, Casi aspirated a small object and stopped breathing. According to a Facebook page entry, he lost consciousness and went into cardiac arrest. The object was removed surgically. He then suffered seizure-like convulsions and was placed on life support. About two months later, Casi left the hospital and has since needed 24/7 health care. Now he’s gone.

Nate quit his job teaching children with autism at Jefferson Elementary School in Faribault to better care for Iggy. The Howells have four other children.

As I consider all of that, I am overwhelmed by the immensity of the situation. How can one family possibly endure so much? Loss. Grief. Pain. Uncertainty. Worry. It’s a lot to handle. 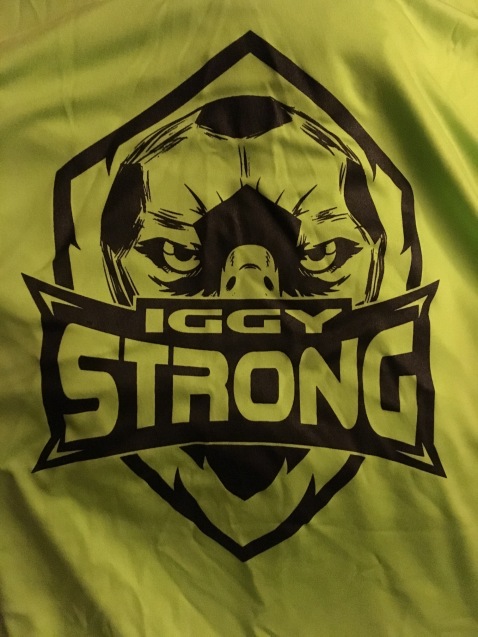 While none of us can remove the emotional pain the Howells feel, we can pray for, support, encourage, uplift, help and care for them. Nate’s friend and former co-worker Lisa (also my friend) has established a gofundme page, Iggy Strong. She’s set a $43,000 goal, meant to replace Nate’s lost paycheck and cover daily living (think gas, groceries, etc.) and other expenses. Thus far donors have contributed nearly $8,500.

The $43K is a lot of money to raise. But I know people, when they see a need, rise to meet it. I am grateful to Lisa for initiating this effort, for reaching out to others (including me) who in turn can share this need. If you can give, please do so by clicking here. You’ll also find more details on Iggy’s battle with cancer.

There’s such sweetness in that freckled face. Such a signature boyish look that just makes me, as a mom, want to wrap my arms around Iggy. And his family.