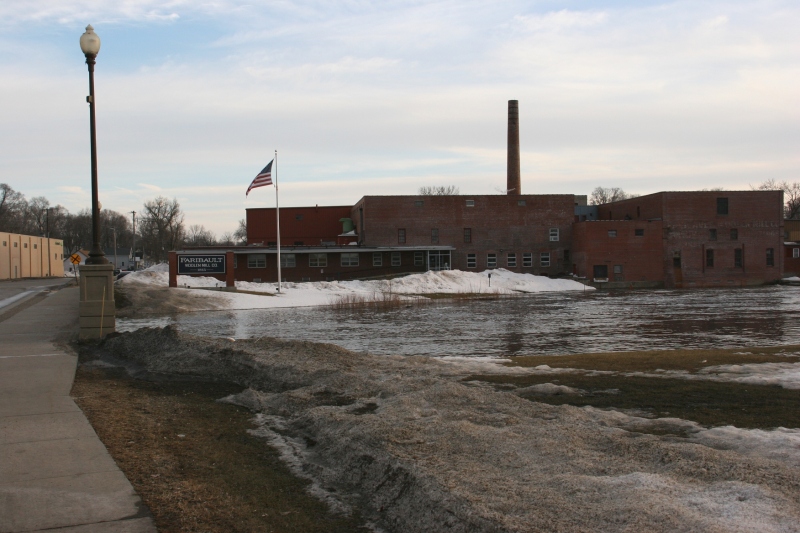 I shot this scene of the rising Cannon River near the iconic Faribault Woolen Mill shortly before sunset Monday.

WITH TWO RIVERS RUNNING through Faribault, a flooding concern always exists. We’ve had property-damaging floods here in the past. And now, with spring snow melt well underway, we’re all on alert.

The Faribault Woolen Mill dam is barely visible in this photo.

A close-up of the dam. 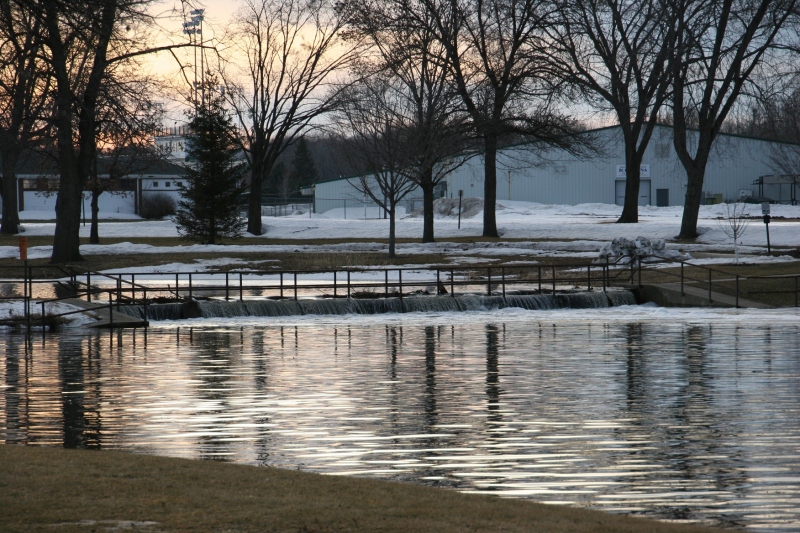 Likewise, a second dam by the entrance to North Alexander Park and the Rice County Fairgounds is also almost invisible.

Although the Cannon and Straight Rivers are high and have spilled from their banks in some areas, they aren’t threatening. Yet. Who knows what this week’s expected 50 to near 60-degree temps will bring?

Trees felled by a September 2018 tornado clog the rising Cannon River as seen in this view from the Rice County Road 29 bridge.

The Cannon River spills out of its banks at the intersection of Minnesota State Highway 3 and Rice County Road 29 on Monday evening. This is the main connecting highway between Faribault and Northfield.

While the snow pack has diminished significantly, snow remains to melt. I shot this photo west of Dundas around sunset Monday along Rice County Road 1.

For now, in Faribault, the issue is primarily flooded basements. I’ve talked to friends who’ve never had water in their basements. Until this year. We’re not talking just water seepage either. We’re also talking backed up septic systems. We’ve had minor issues in our house, too.

But we’ll get through this. We always do.

TELL ME: Have you experienced any flooding or water-related issues in your community or home? Or are you prepping for such a possibility?

12 Responses to “Flood aware: Keeping a watchful eye on rising rivers in Minnesota”