NEARLY EVERY MEMORIAL DAY, Randy and I honor our war dead in the same fashion. We head downtown Faribault to the parade and then go to Central Park to watch the Memorial Day program. Little changes from year to year with American flags waving, men and women in uniform marching, Scouts handing out flags, patriotic music playing, speeches given, wreaths hung by members of the American Legion Auxiliary… 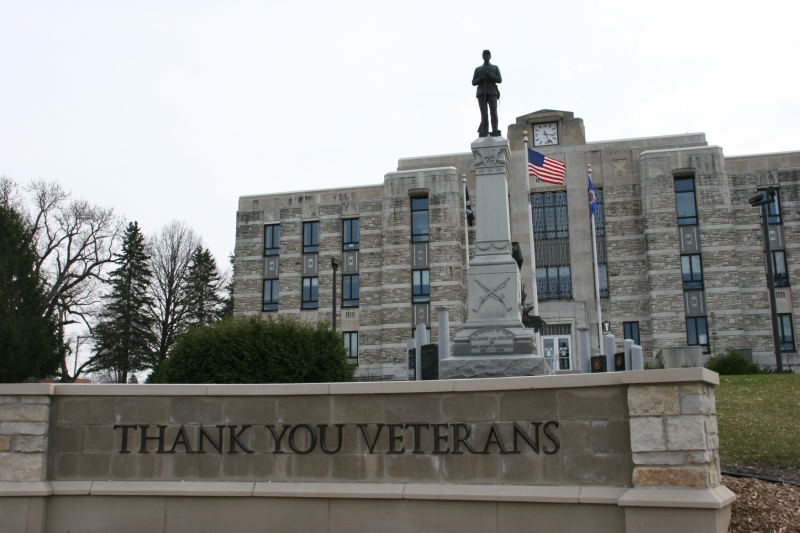 The Rice County, Minnesota, Veterans’ Memorial in Faribault, located on the courthouse lawn.

There’s comfort in the familiarity of tradition. 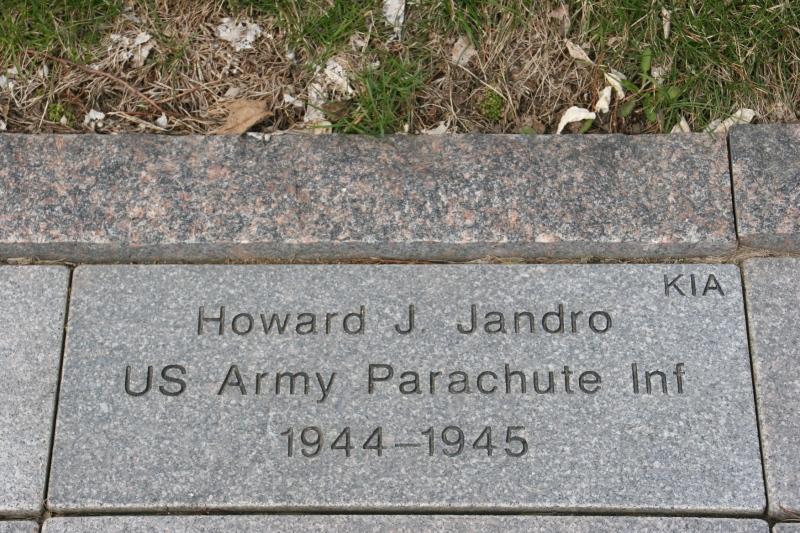 Memorial pavers surround the monument, like this one honoring a fallen soldier. 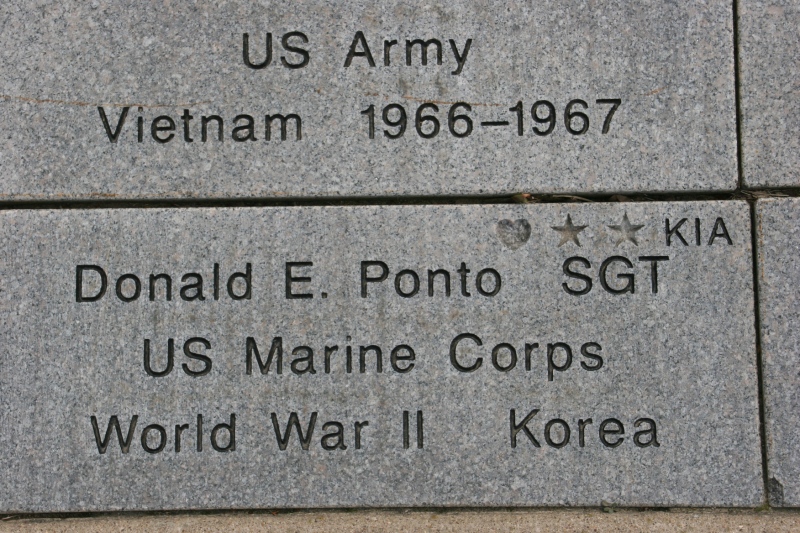 But this year, because of COVID-19, there will be no parade, no ceremony at the Rice County Veterans’ Memorial and no crowd gathered at Central Park. This saddens me. I always look forward to these public ways in which we show respect and gratitude for those who lost their lives in service to country. But I understand. These are unprecedented times and we need to keep each other safe. The Central Park program will go on, but without audience members gathered on lawn chairs. Rather, the ceremony will be broadcast at 10 am over local radio station KDHL, 920 AM.

An overview of the Rice County Veterans’ Memorial.

My attendance at Memorial Day events traces back to my childhood in rural southwestern Minnesota. My dad, a veteran of the Korean War and a recipient of the Purple Heart, was active in the local American Legion. Every Memorial Day our family attended—and often participated in—the program at the Vesta Community Hall. Several times I read the poem, “In Flanders Fields.” I also sold poppies. Afterward, we piled into the Chevy for the short drive north of town to the cemetery and the gun salute and mournful playing of taps. From early on, the importance of Memorial Day imprinted upon me. 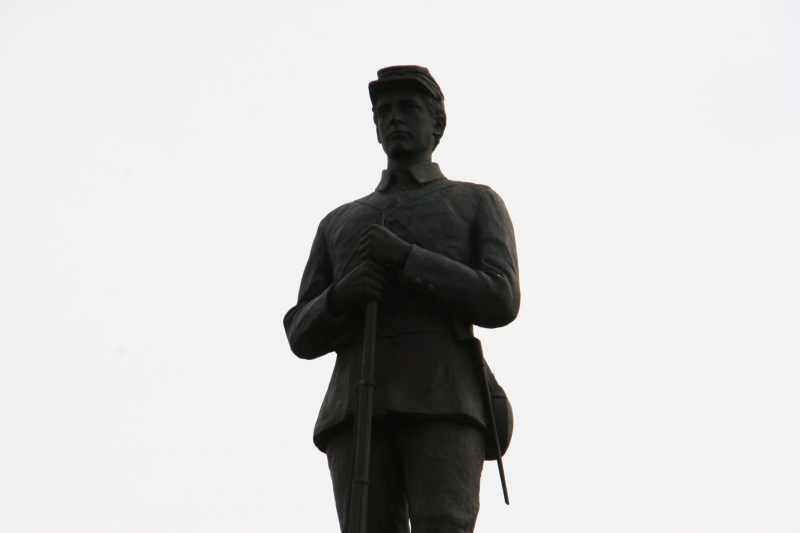 A Civil War monument is part of the Veterans’ Memorial.

I carried that tradition in raising my three children. Each Memorial Day we attended the parade along Central Avenue in Faribault. And sometimes the program in the park. Some day I hope to take my grandchildren downtown to watch flag-carrying veterans, high school bands and Cub Scouts honoring those who died in service to our country. But not this year. Not during a global pandemic.

THIS POST IS DEDICATED to the memory of Cpl. Ray W. Scheibe. Ray, 22, was killed by an exploding mortar on June 2, 1953, in Korea, the day before he was to return home to Nebraska, to his wife and baby daughter. He was my dad’s Army buddy. 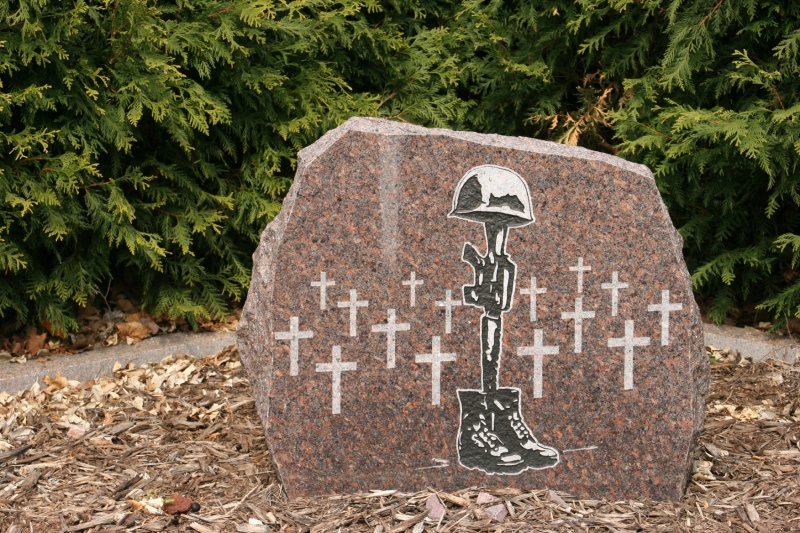 Honoring fallen soldiers with a special monument at the Rice County Veterans’ Memorial.

Blessed be Ray’s memory. And blessed be the memories of all those who have given their lives for this country.