THE BRITISH INVASION of 1964 brought The Beatles to the U.S., fueling a new rock-and-roll musical movement.

So many songs. “Here Comes the Sun.” “Hey Jude.” “Yellow Submarine.” Those of us who are of a certain age know the lyrics, even if we don’t always understand them. The tunes are catchy, the words memorable. 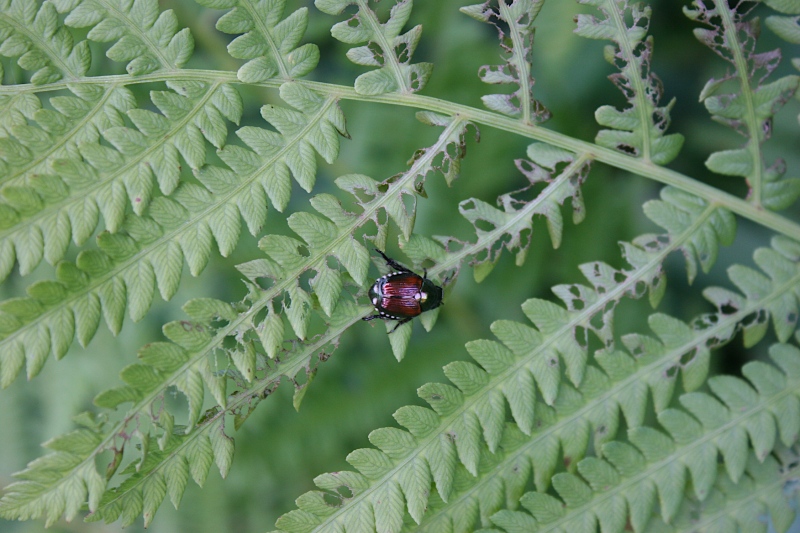 One of countless Japanese beetles on my ferns.

Now a new type of beetle has invaded. Right in my southern Minnesota yard. That would be beetle spelled with a double e. The Japanese beetle. 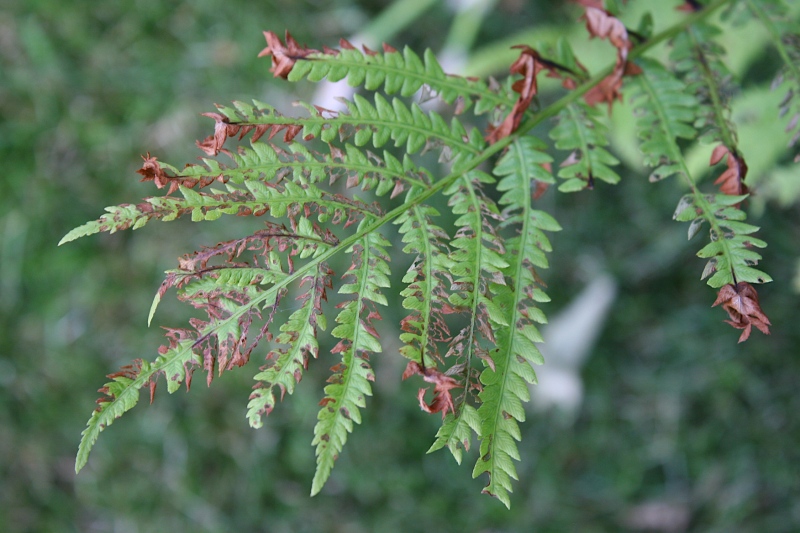 The damage the Japanese beetles have caused to my ferns.

Last week I noticed the leaves on my ferns turning brown, dying. I wondered why. But then Randy and I headed out of town for a few days and I forgot about those unhealthy ferns. 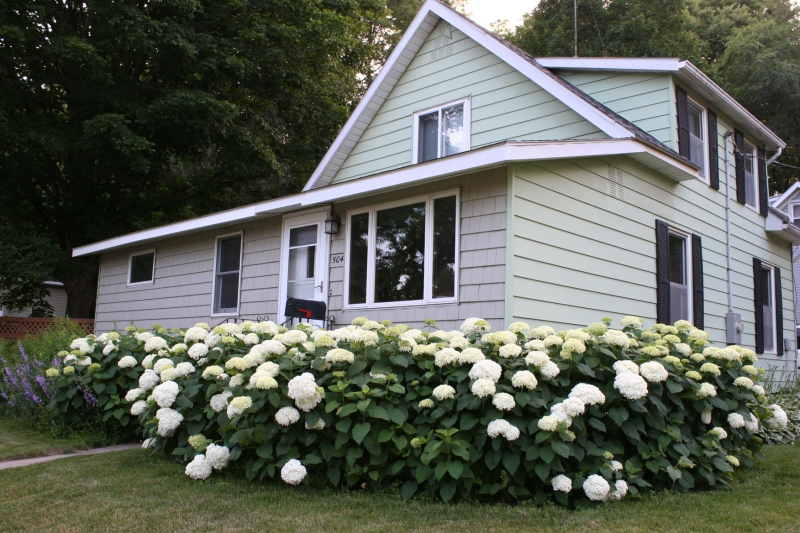 Beautiful hydrangea bushes frame the corner of my house. Thus far the Japanese beetles have not eaten these.

Upon our return, Randy mowed lawn and called me outside to photograph our massive hydrangea. It was then I noticed more ferns turning brown and some stripped to skeletal.

A Japanese beetle up close feasting on my ferns.

I took a closer look and discovered Japanese beetles feasting on the ferns. Their distinct iridescent copper-colored bodies and green thorax and heads make them easily identifiable. I needed to get rid of these bugs asap or nothing would remain of my ferns and whatever plant they decide to feast on next. A quick Google search shows they’re not picky eaters and will dine on 300 types of plants.

Last summer they chose my potted cannas. My brother-in-law from Missouri noticed the bug-bitten leaves of my red canna lilies and quickly identified the Japanese beetle as the hungry invader. 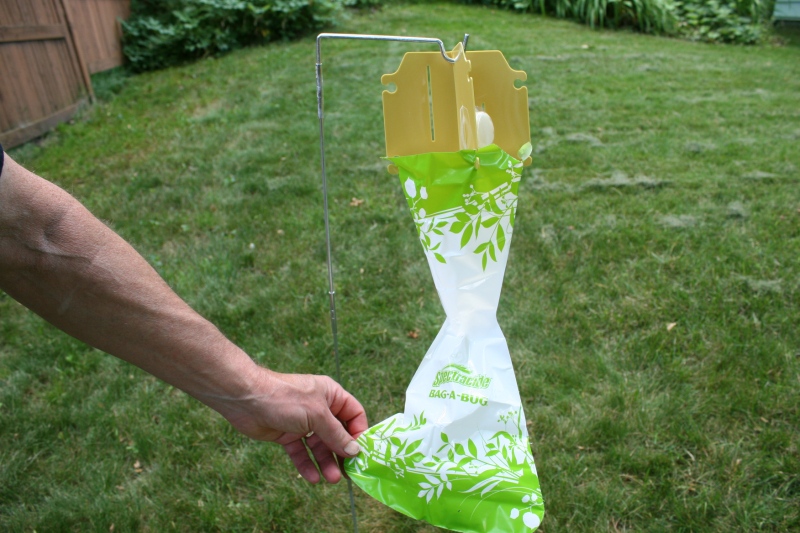 The trap we finally found to catch Japanese beetles.

Tuesday morning Randy and I were on a mission to find something to eradicate these beetles. Two local stores were sold out of the coveted traps. I left my name at one business and was told to check back at the second. By then I determined that Japanese beetles are a problem in my community if traps are flying off the shelves.

Fortunately, we found what we needed at an out-of-town Big Box store. I didn’t want to wait and hope that a local store might get the traps in stock. 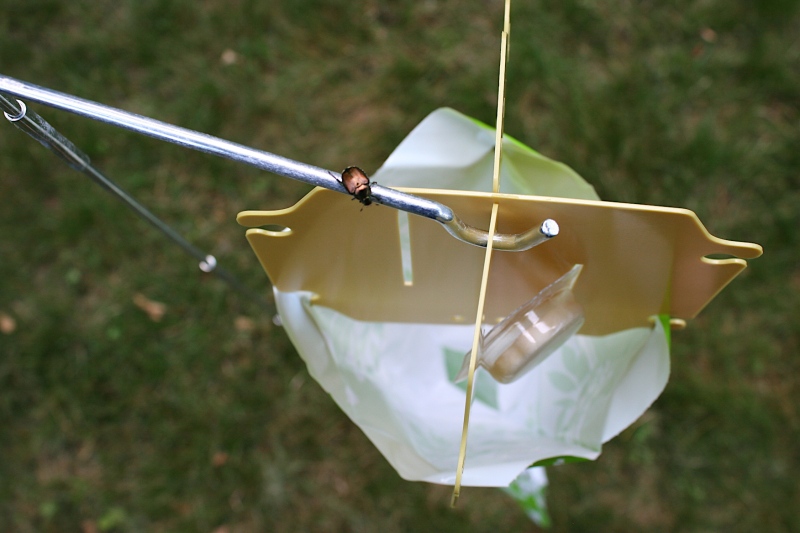 This Japanese beetle, drawn to the trap by the scent of the attached tablet, eventually fell into the bag. This angle is photographed looking down at the Bag-A-Bug trap.

So now a lovely plastic bag hangs on a stake in our backyard. A solid round tablet of something is attached to attract Japanese beetles. Randy says it smells like citronella. I can’t smell the scent. But apparently the beetles can. Within an hour, Japanese beetles were already drawn to the sweet smell, eventually fell into the bag and cannot get out. Gotcha. This could be a long and ongoing process to end this invasion by the beetles.

If you have a Japanese beetle problem, I’d like to hear how you’ve solved it and how bad the situation has gotten for you. Do you have dying ferns? Chewed up flowers? Decimated fruit trees like my brother-in-law in Missouri?

20 Responses to “The Beetles Invasion”