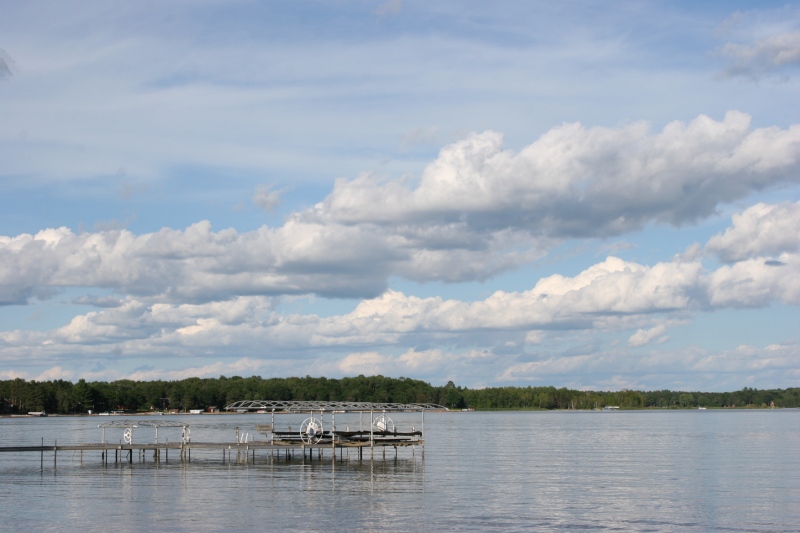 This scene is familiar to those who spend weekends or vacation along lakes in central and northern Minnesota. “Up North,” as we say.

UP NORTH AT THE LAKE CABIN evokes, for many Minnesotans, memories of lazy summer days on the water, on the beach, on the dock. Fishing. Swimming. Boating.

Nearly in the top center of this photo, high in the treetop, sits one of the young eagles. 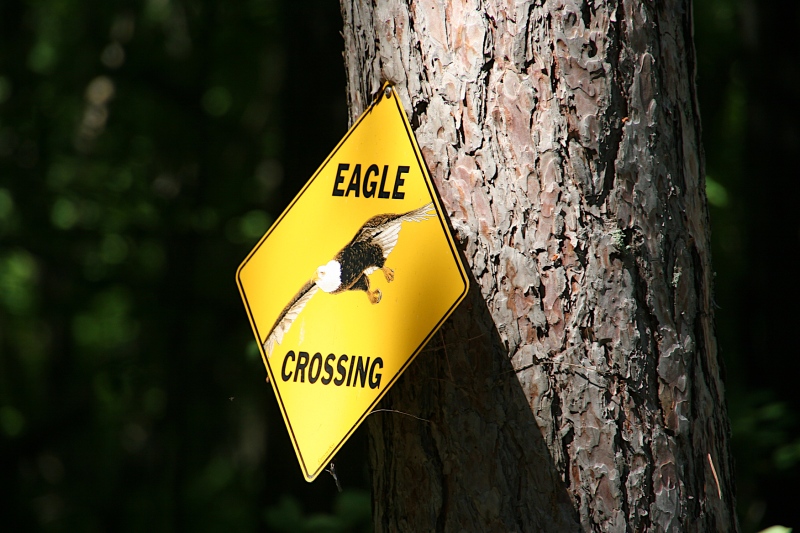 A sign posted on a pine identifies this as an eagle zone. 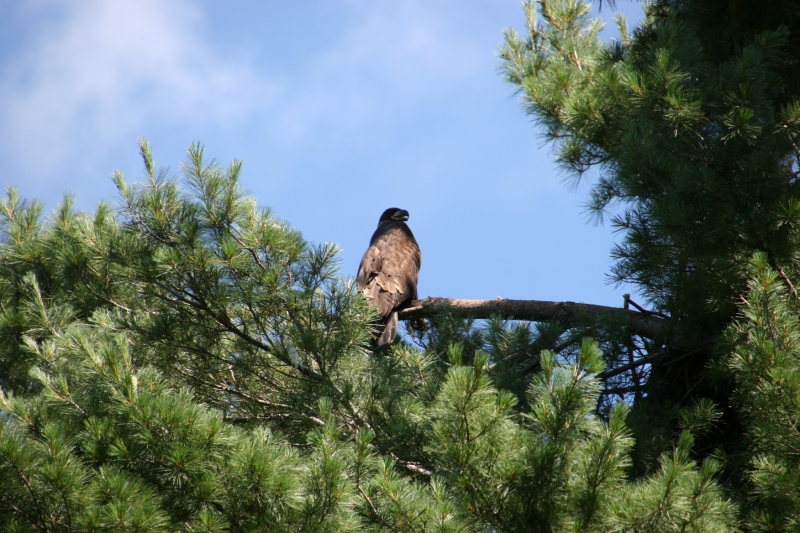 This juvenile perched here for the longest time.

But, for my family, which is just now making such memories thanks to a generous sister-in-law and brother-in-law who recently purchased lake land with a guest cabin and are welcoming extended family, Up North also means eagle watching. The lakeside property south of Cross Lake, came with resident bald eagles.

An eagle (s) flies along the lake.

And last week, while staying at the cabin, I spent plenty of time watching eagles. As did the husband, eldest daughter, son-in-law, granddaughter and, occasionally, the son. One evening, just as we sat down to our lakeside dinner, an eagle flew directly over us. Other times, we watched it from afar, circling around the lake, along the treeline.

One of the eagles spreads its wings in the treetop nesting area.

Sure, I’ve previously seen bald eagles. Soaring. Perched over roadkill. Flying just inches from the windshield of our van. In captivity at the National Eagle Center in Wabasha. Huddled among tree branches. But this was different. This time I was in their habitat with the eagles’ nest high in a pine just outside the guest cabin.

The eagles’ nest is well-hidden in the tall pine tree.

It amazes me that these majestic and massive birds can stay so well hidden. If my brother-in-law, Jon, had not pointed out the nest in the top of the pine in the fork of the driveway, I doubt I would have spotted it, home to two adult and two juvenile eagles.

A view of the less visible young eagle.

I certainly heard them, though. At feeding time. Jon occasionally needs to clean up fish remains under the pine.

The only photo I got of a parent eagle. This one was sitting in a tree next to the lake, a favorite perch, Jon said.

It became somewhat of a joke during our cabin stay that, every time I wasn’t carrying my camera or had my short lens (rather than my telephoto) attached, the eagles would show up or fly away. I don’t possess the instincts or patience of a wildlife photographer, something I’ve long known. 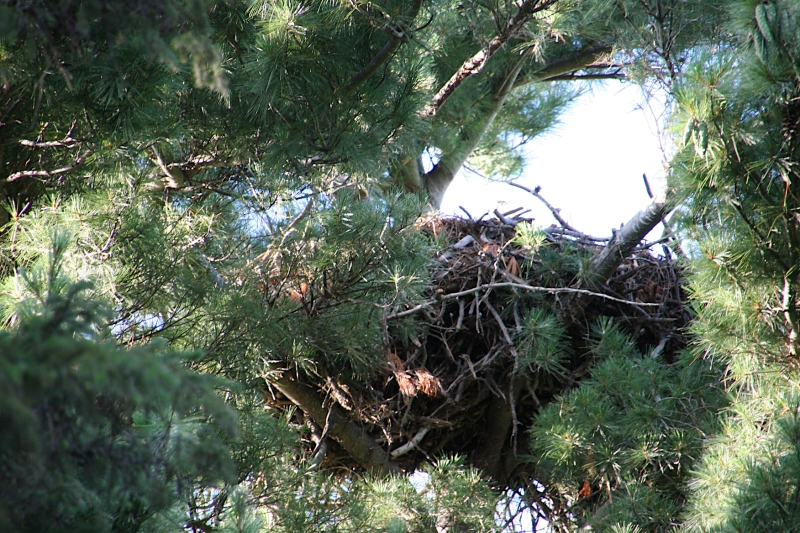 But I’m learning. And it was a joy to take my four-year-old granddaughter by the hand and race to the pine tree when we heard the screeching of eagles. I would point and Izzy would follow my finger to the nest. Sometimes we would see an eagle. Mostly not.

The two juvenile bald eagles, one born last year, the other this year. One is clearly visible to the left. The other is higher in the tree to the right.

Days after our departure, my sister-in-law texted with the news that one of the juvenile eagles had either fallen or been shoved from the nest, landing on bottom boughs of the pine tree. The young eagle freed itself, seemingly unscathed.

These eagles are part of the story of this land, of this place by the lake, of our memories of Up North at the lake cabin.

This concludes my three-part series on my northwoods cabin stay. Please feel free to share your cabin memories.

6 Responses to “Up North at the lake cabin, Part III: Eagle watching”