“Mending generations of bad feelings” in Redwood County during “The Year of the Dakota” February 28, 2013

WILL THE DIVIDING LINES ever connect into a complete circle of healing?

A century and a half after the U.S.-Dakota War of 1862 ended, can the Dakota and descendants of white settlers, and others, ever fully reconcile and forgive? 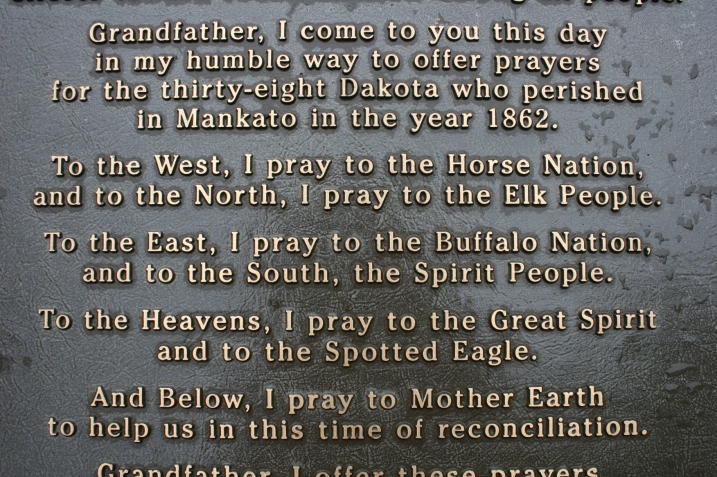 Words on a marker in Reconciliation Park in Mankato where 38 Dakota were hung on Dec. 26, 1862.

The issues that divide—of blame and of animosity, of death and of punishment, of land and of banishment, and more—remain, sometimes subtle and below the surface, sometimes exposed.

As a native of Redwood County in southwestern Minnesota and as a descendant of settlers who fled their New Ulm area homestead during the U.S.-Dakota War, I have always been especially interested in this conflict.

So when I learned that the City of Redwood Falls on January 15 joined the cities of Minneapolis and St. Paul in adopting resolutions “recognizing the 150th anniversary of the Dakota-U.S. War of 1862 and declaring 2012-2013 the Year of the Dakota,” I took note.

The resolution states, in part in paragraph two:

WHEREAS, much has yet to be learned about issues revolving around land, reparations and restitution, treaties, genocide, suppression of American Indian Spirituality and Ceremonies, suppression on Indigenous languages, bounties, concentration camps, force marches, mass executions and forcible removals; and…

For my home county, at the geographical center of the war and home to the Dakota, then and now, passage of this resolution reflects a desire to understand, to educate, to heal.

Now you wouldn’t think, after 150 years, that such a resolution would even be needed. Trust me. Hard feelings still exist. But because I have not lived in Redwood County for decades and am therefore only an outside observer, I contacted Redwood Falls Mayor and avid local historian Gary Revier with a few questions.

I posed this question, among others, to Revier: All these years after the Dakota War ended, what, if any, tensions still exist between the Dakota and Whites in Redwood County?

As I expected, the mayor, who could have danced around my question with political rhetoric, told it like he sees it:

When I hear from my fellow members of the White community, they almost always begin by saying, “I am not prejudiced, but…” They then go on to explain some good deed they did for a Native American or some distant cousin three times removed who they are related to. 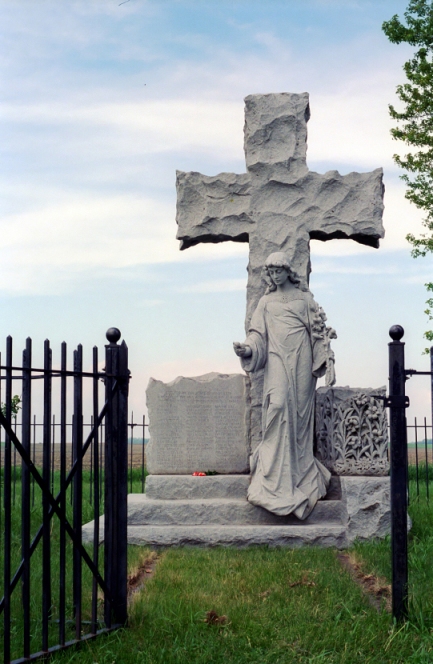 The Milford State Monument along Brown County Road 29 west of New Ulm commemorates the deaths of 52 settlers in Milford Township during the U.S.-Dakota War.

Revier, who also happens to be a descendant of white settlers impacted by the U.S.-Dakota War, endorses the resolution which calls for presenting the Dakota perspective through discussion; efforts by the City of Redwood Falls to promote the well-being and growth of the American Indian Community; and that such efforts “will mark the beginning of future dialogues and efforts to rectify the wrongs that were perpetrated during, and since, the year 1862, a tragic and traumatic event for the Dakota People of Minnesota.”

I do support the resolution for many reasons, but the one that provides me with the most satisfaction really starts mending generations of bad feelings between the two nations. The first step towards reconciliation is admitting to the aggrieved party that there were atrocities committed. Once again this is more complex than can be explained in one or two sentences.

The mayor is right. Summarizing and defining issues spanning 150 years would be a difficult undertaking, especially in the context of a blog post. 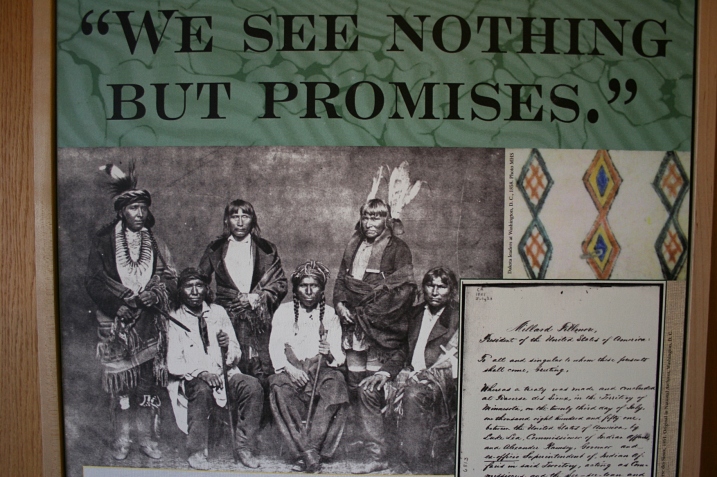 A photo panel at the Traverse des Sioux Treaty Center in St. Peter shows Dakota leaders photographed in Washington D.C. in 1858. The photo is from the Minnesota Historical Society.

Now, though, through adoption of the “Year of the Dakota” resolution, the City of Redwood Falls, in discussion with the Dakota community and others, is aiming to “open additional dialogue and create better communication and feelings among the citizens of both communities,” Revier says.

While methods of accomplishing this have not yet been fully defined, the Redwood Falls community has already hosted roundtable discussions, author visits, video showings, presentations and historic site tours related to the U.S.-Dakota War during the war’s sesquicentennial in 2012. 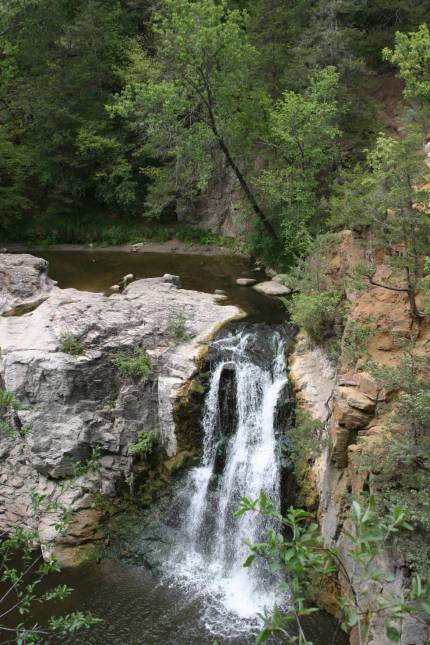 Additionally, Revier notes that when the city celebrates the dedication anniversary of its 219-acre Alexander Ramsey Park this year, the event will also be “a celebration of the Dakota who consider it a very special place.”  The Dakota once lived on the land (which eventually became the park) and the name Redwood comes from the Dakota word Can-say-api, meaning “where they paint the tree red,” the mayor says. A “101st Celebration and Ramsey Park Jamboree” is set for June 5 at the Redwood Area Community Center, according to the Alexander Ramsey Park Facebook page.

The park is named after first Minnesota Territorial and (second) Minnesota Governor Alexander Ramsey who negotiated treaties with the Dakota and was accused, but later cleared, of fraud in those negotiations. Revier is interested in possibly renaming the park, he says, “to something that would be more descriptive of the area which is home to so many indigenous people.” 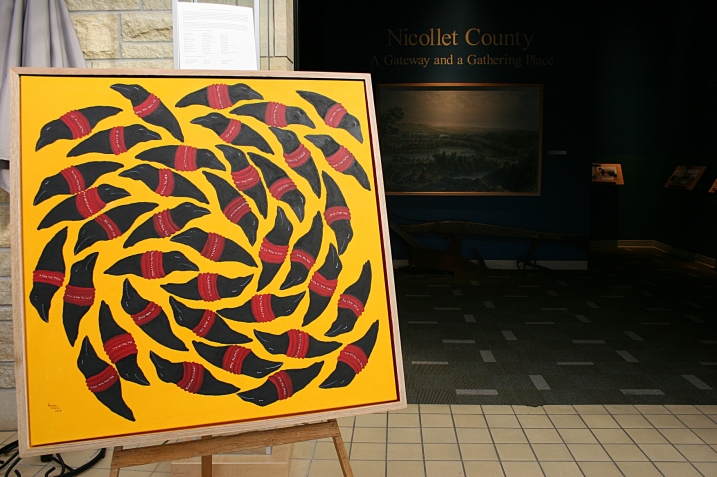 This artwork by Gordon M. Coons, which was on recent temporary display at the Treaty Site History Center in St. Peter, marks the 150th anniversary of the U.S.-Dakota War of 1862. According to information posted with the piece, “…the crows, known as messengers, are silent and unable to carry the stories of the 38 Dakota hanged in Mankato. Each crow carries the name of a Dakota hanged in Mankato. The texture on the crows is a blend of acrylic paint and soil from the …Traverse des Sioux treaty site of 1851 and eight other locations of the Sioux Uprising of 1862.” Coons is an enrolled member of the Lac Courte Oreilles Tribe of northern Wisconsin and now lives in Minneapolis.

WHILE COMMUNICATING with Revier and researching for this post, I noticed that the “Year of the Dakota” resolution passed by the city of Redwood Falls varies from those approved in Minneapolis and St. Paul. One difference comes in the number of Dakota who were executed, a figure referenced in the first paragraph of the resolution. The Twin Cities resolutions note the number of executed Dakota—those hung in a mass hanging in Mankato—at 38. The resolution from Redwood Falls defines the number as 38+2 Dakota.

I asked the mayor to clarify. Revier added the “2” to represent Medicine Bottle and Little Six (Shakopee), Dakota leaders who were hung at Fort Snelling for their roles in the U.S.-Dakota War.

When I consider all the mayor has shared with me and my own knowledge of the tensions that have existed in Redwood County for 150 years, I wonder how reconciliation will ever be achieved. But I have to hold onto hope—hope that this newly-adopted resolution will foster discussion and understanding, hope that each side can stop blaming the other, hope that forgiveness will come… 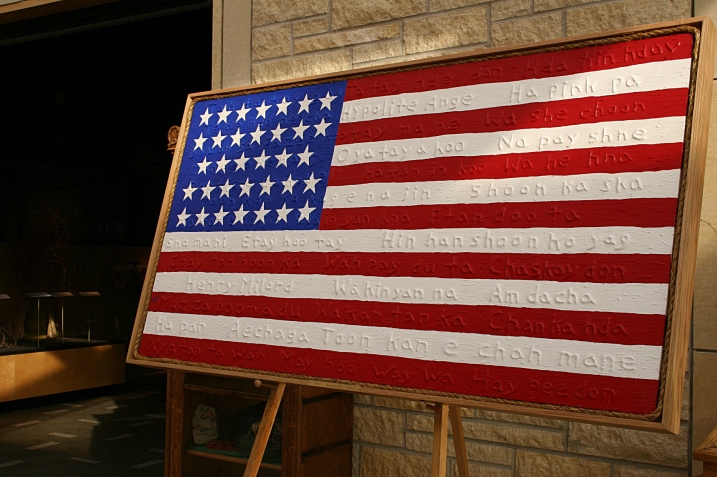 Gordon M. Coons also created this 1862 U.S. flag which features the names of the 38 Dakota who were executed during a mass hanging in Mankato. “…the 38 Dakota are woven into the history of the U.S. and appear to be woven into the flag,” information posted with the display at the Treaty Site History Center in St. Peter states.

NOTE: I contacted Dr. Chris Mato Nunpa,  retired former associate professor of Indigenous Nations and Dakota Studies who authored the resolution along with other Dakota people and supporters. He declined to comment.

To read the entire resolution adopted by the Minneapolis City Council, click here. The Redwood Falls version varies only in the number of Dakota specified (38+2) and, of course, in the council name stated in the resolution.

The Saint Paul City Council resolution differs from that of the other two cities as the city’s parks and recreation department  is directed to “work with the Dakota Bdote Restoration Consortium to identify, name and interpret sacred Native American sites at and nearby the sacred Bdote…” You can read the entire resolution by clicking here.