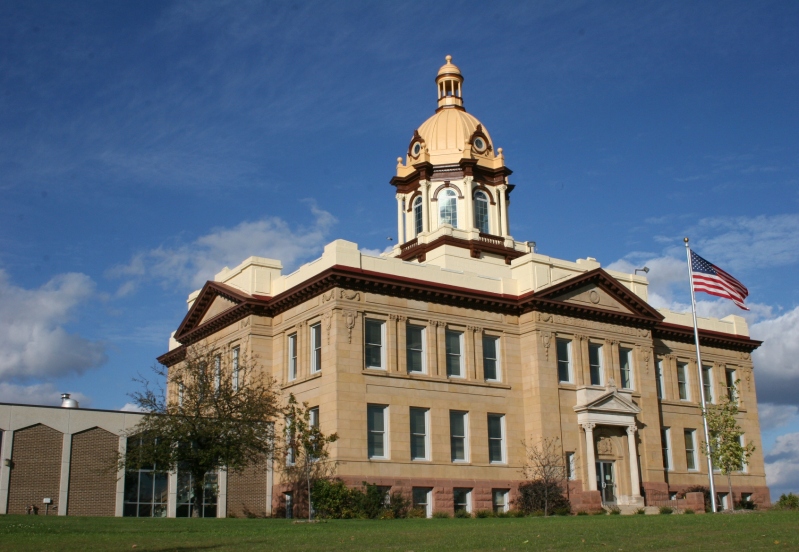 IT’S AN IMPRESSIVE BUILDING defining a hilltop in the center of Ellsworth, The Cheese Curd Capital of Wisconsin. 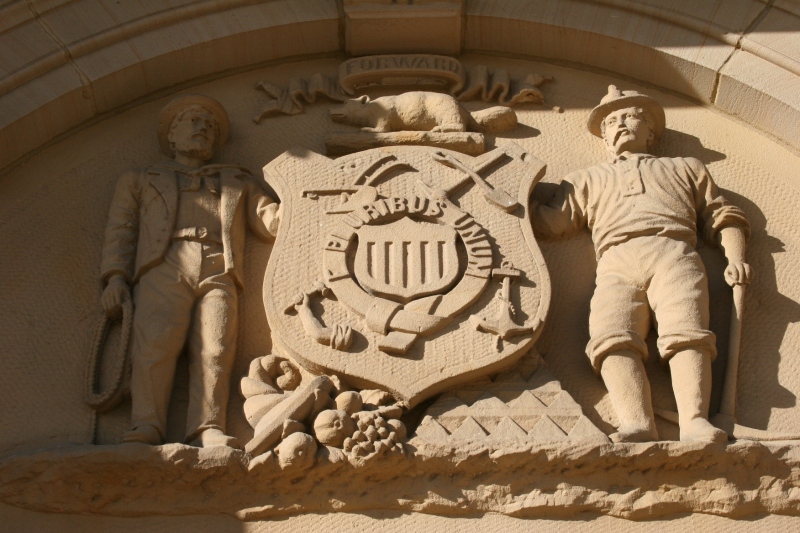 This beautiful stone sculpture rises above the front courthouse entry. Anyone know anything about the sculpture?

Stately columns, a dome, stone sculptures and a certain sense of strength mark the Pierce County Courthouse constructed in 1905 at a cost of $85,000.

After picking up coveted cheese curds at Ellsworth Cooperative Creamery, my husband and I returned to the courthouse we’d passed along Main Street en route to the creamery during an early October visit. We both appreciate old architecture and the courthouse, which is on the National Register of Historic Places, seemed a must-see. 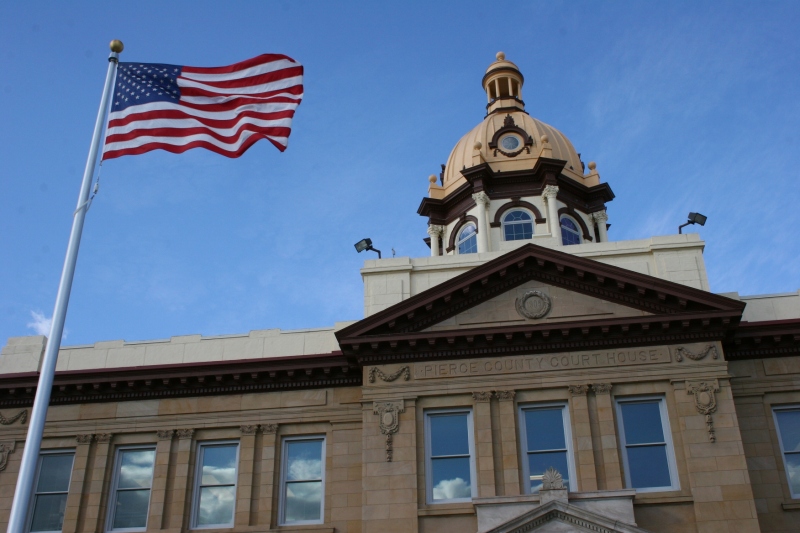 Up close details of the upper exterior.

Designed in the Beaux Arts Style of architecture by St. Paul architects Buecher & Orth, this massive structure presents a powerful presence, seemingly fitting for a place that serves as the center of county government and houses the courts. A jail was built adjacent to the courthouse and completed in 1968. 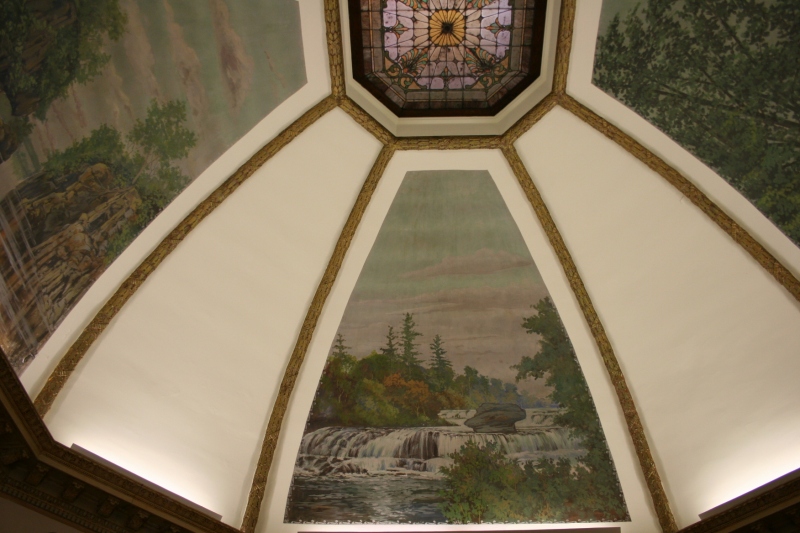 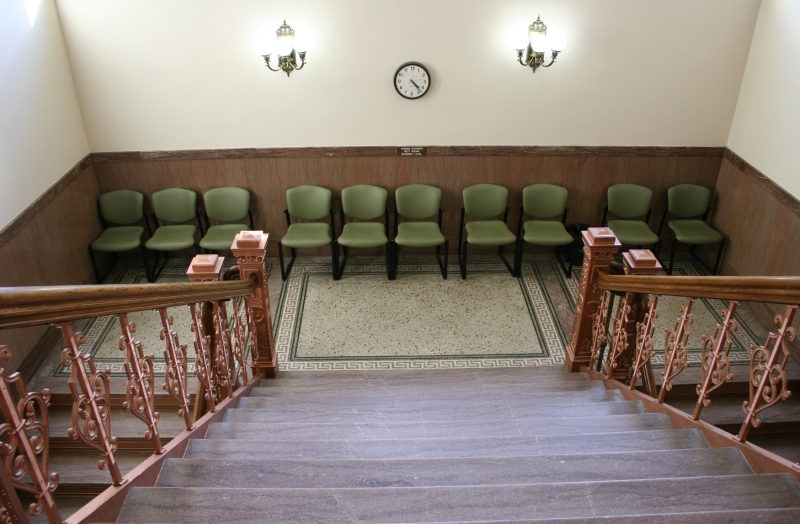 Public seating along the stairway landing. 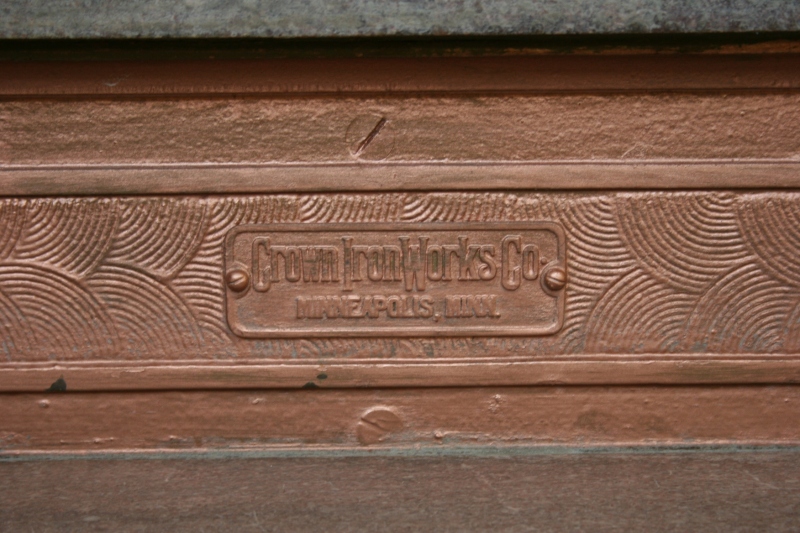 Details on the stairs credit the source of the work. 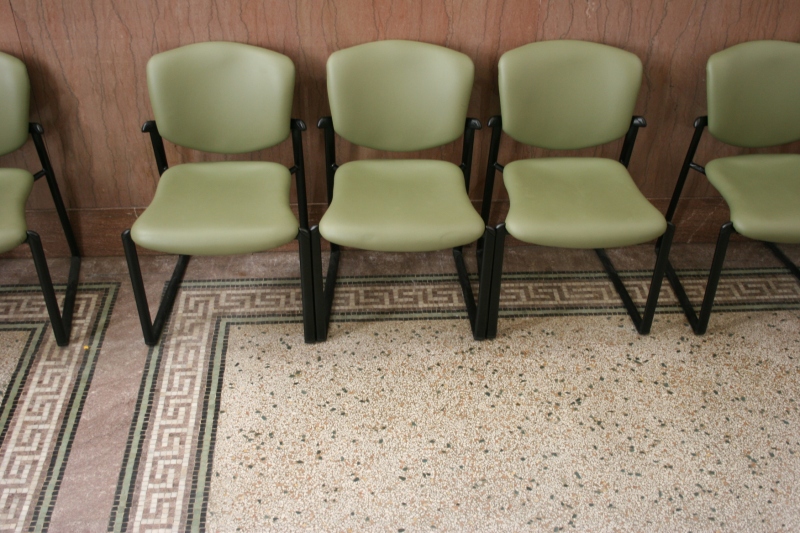 Look at that beautiful floor.

The law, in the form of a deputy sheriff, showed up when we self-toured the public space of the courthouse. I don’t know if he was dispatched to check out “the woman with the camera” and her companion or he simply happened upon us. But I sensed that we were being watched. And I suppose that’s OK in today’s world. 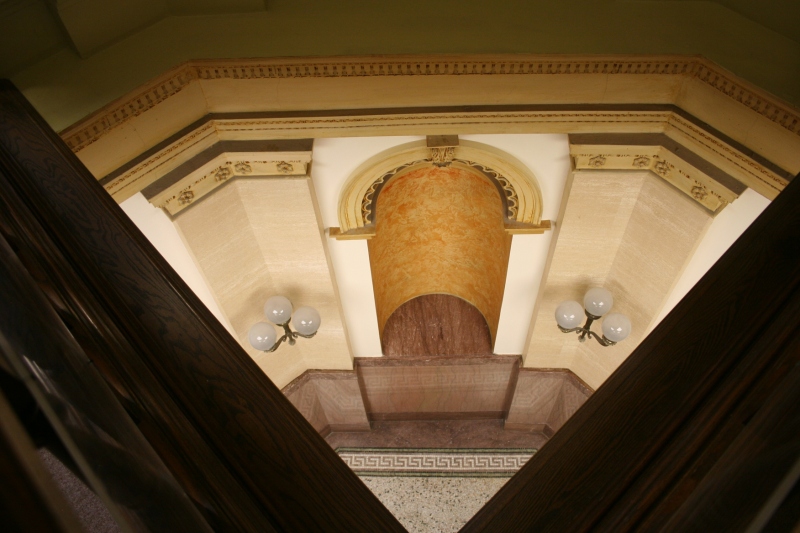 Looking down from the rotunda.

Our tour proved brief given the public space is small and I wasn’t about to enter the courtroom, although I was tempted. 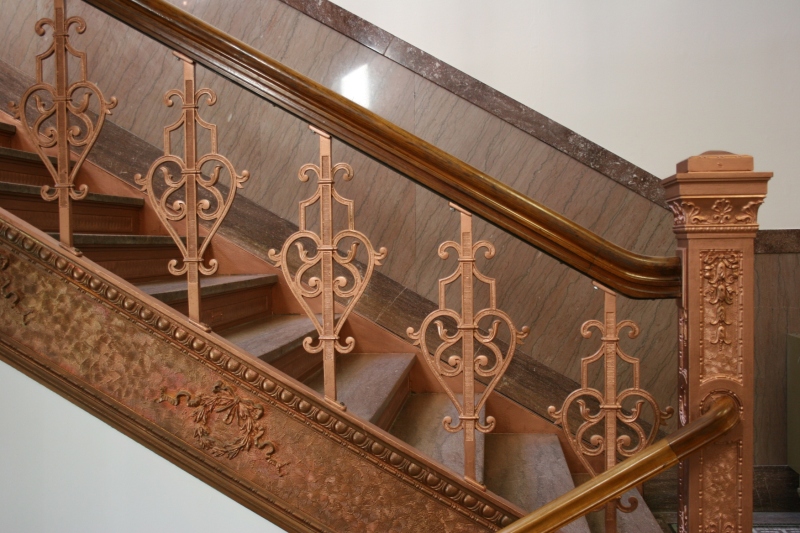 Beautiful railings, although my husband questioned whether the color is original or mimics the original.

Interestingly enough, the Pierce County, Wisconsin, courthouse has a twin courthouse in Rugby in Pierce County, North Dakota. Same architect. Same style. Built in 1908 and also on the National Register of Historic Places.