I KICKED BACK in the recliner attempting to read while my eyelids fluttered in fatigue. Randy relaxed nearby on the sofa, eyes focused on the Faribault Daily News. He started to say something, then stopped. “Never mind,” he said. Now that grabbed my attention. But I didn’t press. I figured if he wanted to tell me whatever, he eventually would.

The next morning Randy flipped open the paper and pointed to a display ad for the Fesler-Lampert Performing Arts Series at Shattuck-St. Mary’s School in Faribault. Targeting his finger on the October 12 performance of “Sweet Land, the musical,” he asked me to order tickets. This, he said, would be my birthday gift, albeit late and on his birthday. Mystery solved. 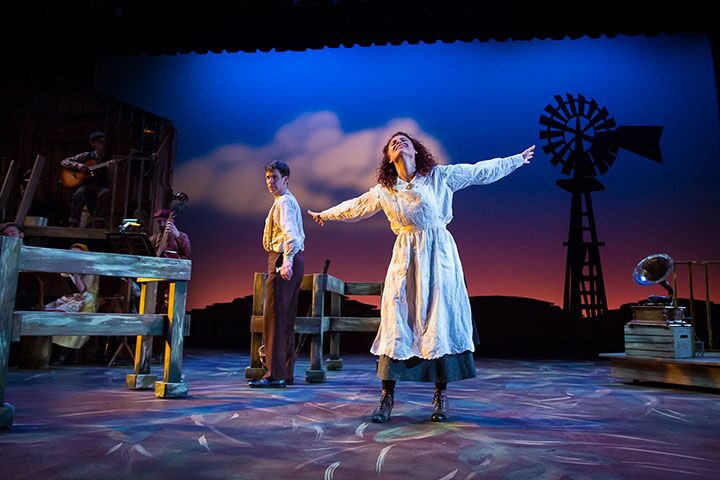 Ann Michels in the lead role alongside Robert Berdahl. Photo courtesy of the History Theatre.

I am delighted with this birthday gift to a musical I had hoped to see on stage at the History Theatre in St. Paul. But we never got there and now the performance starring Faribault native Anne Michels as German immigrant Inge Altenberg is coming to my community, to the campus of a noted college prep school just across the viaduct from my home.

The Faribault performance is among seven on a summer and fall travel tour of “Sweet Land” to towns in greater Minnesota. Other upcoming shows are in Detroit Lakes, Grand Rapids, Red Wing and Worthington. 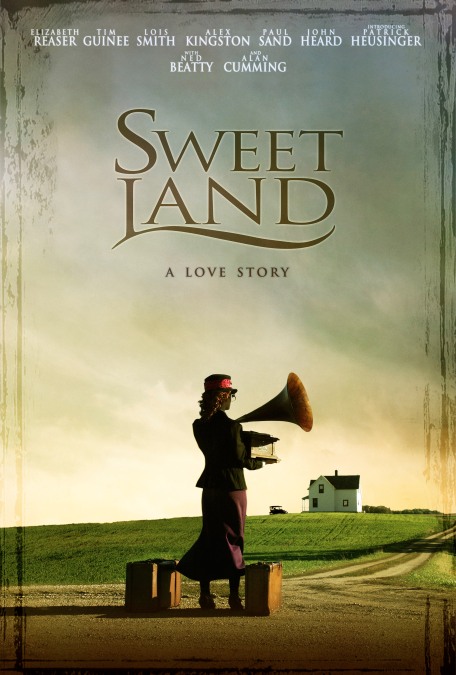 A promo for the film from the Sweet Land website.

My excitement for this musical traces to my deep love of the award-winning independent film, Sweet Land, based on Minnesota writer Will Weaver’s short story, “A Gravestone Made of Wheat.” The movie, filmed in my native southwestern Minnesota prairie, tells the story of a mail-order bride and the challenges she faces as a German immigrant. The topic is especially relevant today.

Yet Sweet Land is much more. It’s a story that also focuses on the love between two people in a place where the land weaves a strong presence into the storyline.

To have this opportunity to see Sweet Land locally rather than travel into the metro is a gift, birthday or not.