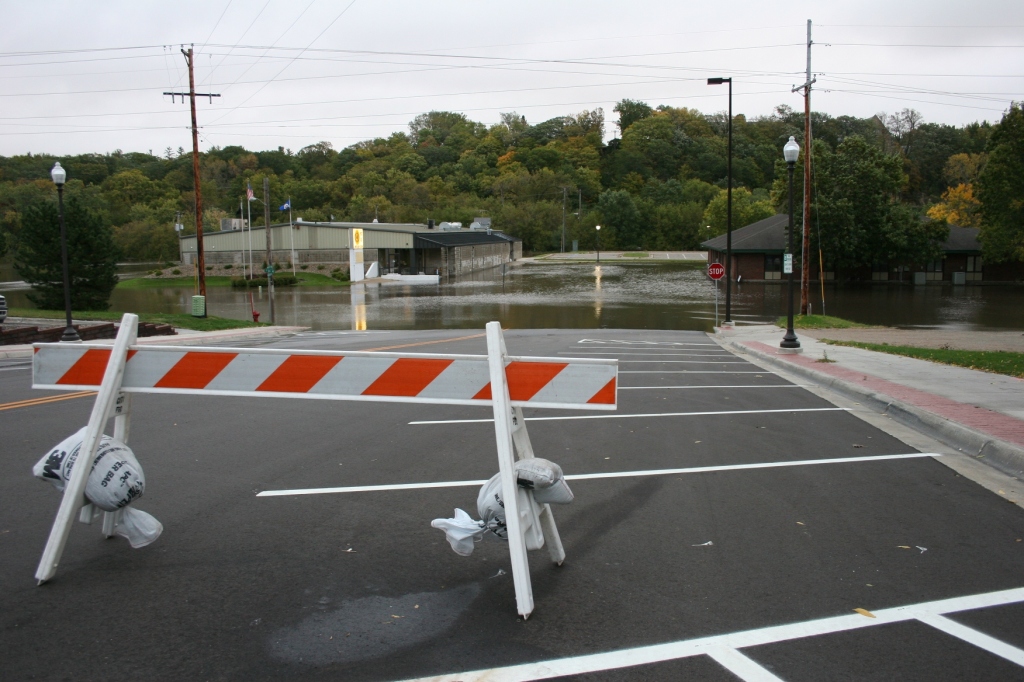 The American Legion and Heritage Place businesses, a block from downtown, are surrounded by flood waters.

WE ARE IN TO DAY TWO OF FLOODING here in Faribault, where an emergency was declared last evening by Mayor John Jasinski.

The Cannon and Straight rivers have overflowed their banks in areas. Crews have been sandbagging some homes and businesses. Several streets are closed, including a portion of Second Avenue N.W. where the road crosses the Cannon River. This is a main arterial route through the city.  An electrical substation is flooded. The wastewater treatment plant is threatened.

We’ve been instructed to limit water usage and to avoid unnecessary travel around town.

In the 28 years I’ve lived in the Faribault area, I have never seen the rivers this high.

Except for a two-hour power outage this morning, my family remains unaffected. Our home lies several blocks from the Straight River, but we have no reason to worry.

Here are some photos I shot shortly after 7 this morning.

Crews have sandbagged Boston's Restaurant along Minnesota Highway 60. The parking lot is under water.

Another image of Boston's, a popular Faribault restaurant near the Straight River.

Motorists pulled off Minnesota Highway 60 near the viaduct to photograph floodwaters and Boston's.

Water pooled in a low area near the viaduct and into Boston's parking lot.

An electrical substation and Lockerby Sheet Metal near the Straight River are surrounded by floodwaters.

Just another shot of the flooding around Lockerby. 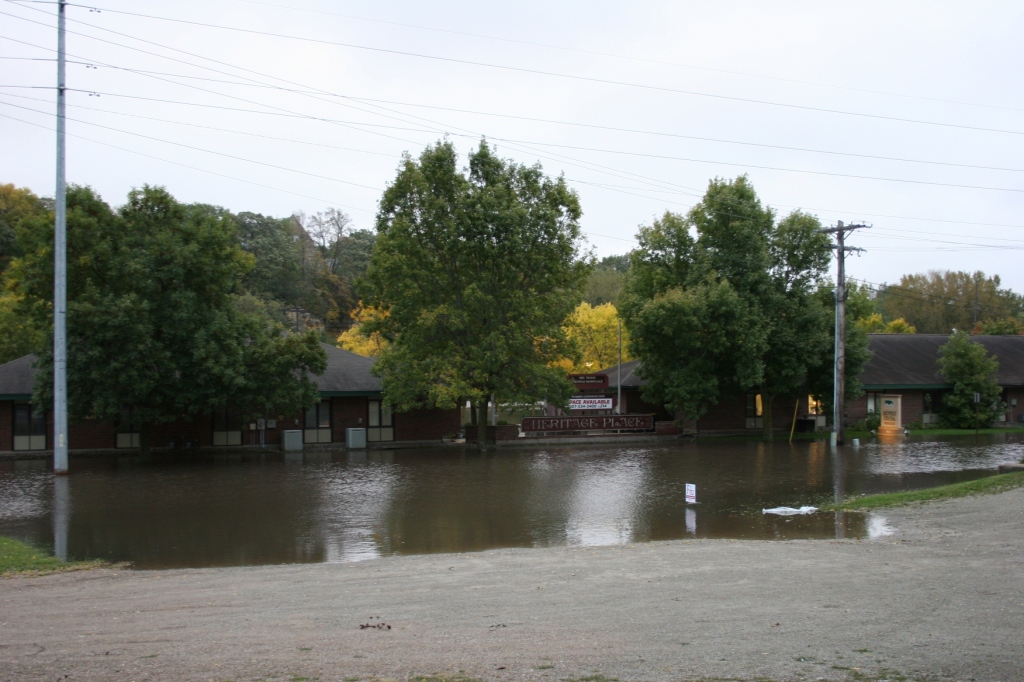 Flooding at the American Legion, which sits at the bottom of a hill and not far from the Straight River.

Numerous roads around Faribault are closed like this one by the Legion.