GARRISON KEILLOR, in defining the residents of his fictional Lake Wobegon, characterized all the women as strong.

The same could be said for four women I met this past fall while pulling together a series of stories that I’ve selected as my most memorable posts of 2010 here at Minnesota Prairie Roots.

I had no difficulty choosing my favorite posts, because, hands down, the eight stories I wrote in the aftermath of devastating southern Minnesota floods were clearly the most powerful, emotional and heart-wrenching stories I shared in 2010.

A Zumbro Falls home destroyed by the late September flood.

These posts, interestingly enough, evolved by accident. My husband and I were on a Sunday afternoon drive to view the fall colors when we drove into Zumbro Falls, a Wabasha County town of some 200 that was inundated with late September floodwaters. Everywhere we looked, we saw damaged homes.

That’s where I met Zumbro Falls resident Tracy Yennie, who lost her home in the flood. This hard-scrabble young woman willingly shared her story, as did Jackie (I didn’t get her last name), Susie Shones and Katie Shones of nearby Hammond. 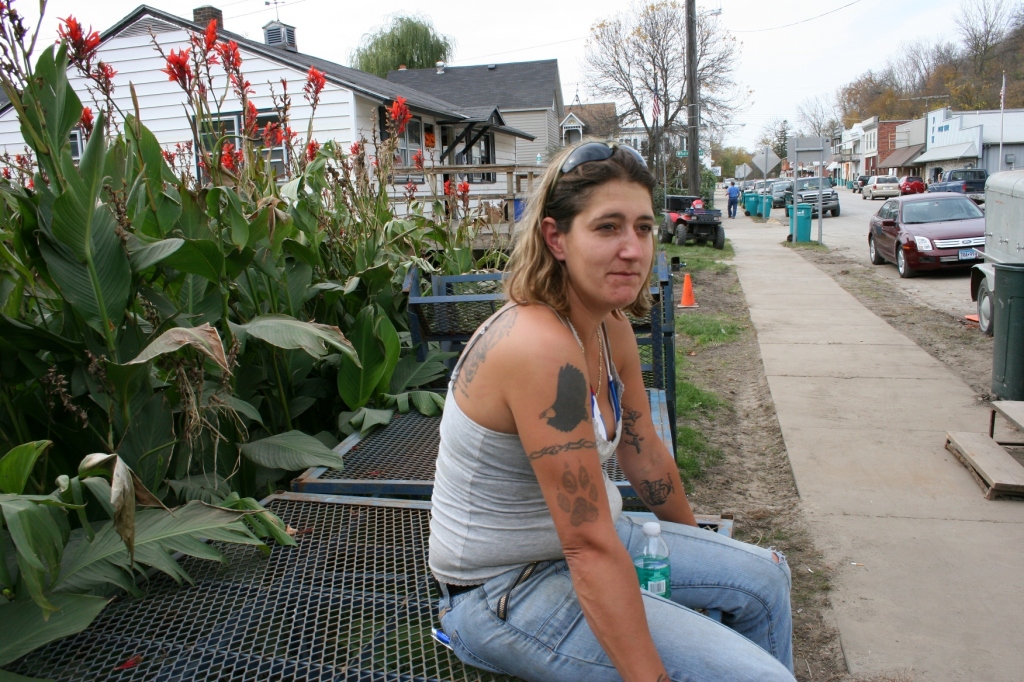 These women spoke openly, honestly and frankly about their frustrations, their fears and their concerns about the future. Yet, despite that, they, Yennie especially, maintained a semblance of humor. When Yennie pondered my question about life returning to normal, she replied: “What’s normal? Normal is a setting on a washing machine.”

Throughout their ordeal, Zumbro Falls residents maintained a sense of humor, like that seen in this sign I photographed on the garage of a flood-damaged split-level house along Water Street.

If you have not read these powerful interviews with the strong women of Zumbro Falls, Jarrett and Hammond, then go to “Archives” on my home page, click on “October 2010” and scroll to my October 11, 13 and 14 posts.

You will be impressed by the strength of these women.

In addition to these four, I will also remember a family that was cleaning up their flooded Zumbro Falls property. I asked to photograph them, but the mother lashed out at me, refusing my request. In that moment and in the next moment, when I saw the blank, sad look on her young daughter’s face, I realized the personal, emotional depth of this tragedy.

I was forever changed by that encounter. 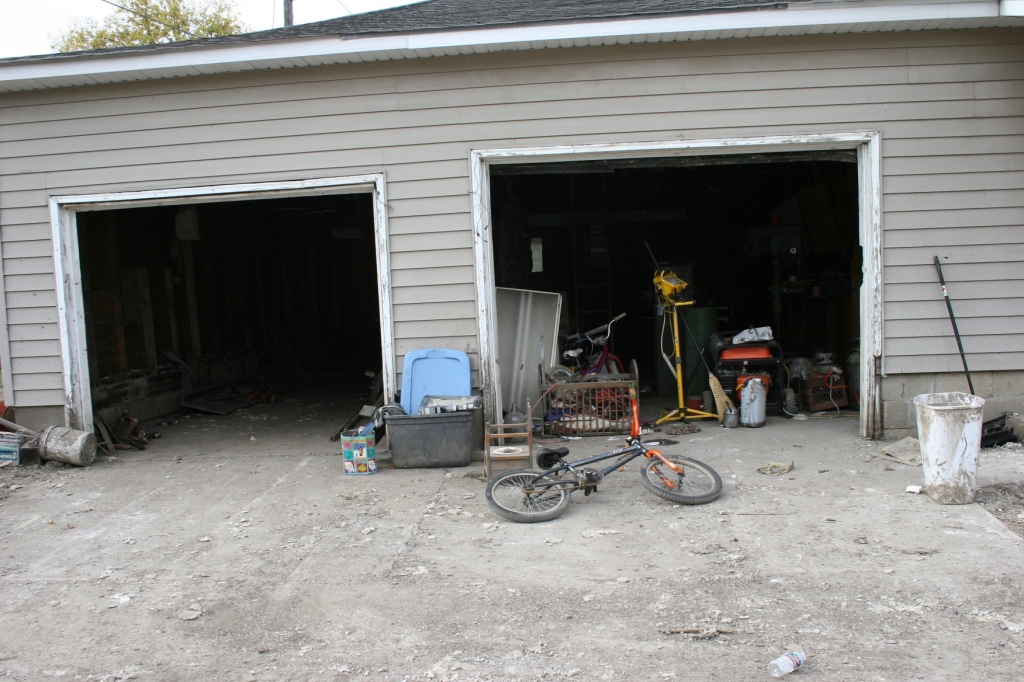 The flood-damaged garage of the Zumbro Falls resident who refused my request for a photo.

My stories also brought out the goodness in others. Gary Schmidt of the Twin Cities responded to a November 12 appeal for help in the flooded region. He offered to bring some 10 volunteers to Hammond for several days around January 20. He’s with a church group that has assisted flood victims during the past six years in New Orleans, Rushford, Iowa City and Indiana.

The exposed side of the restaurant/grocery in Hammond, where a portion of a building once stood. The building was lying in a heap in the street.

When I last heard from Schmidt, he was coordinating with a Woodbury church group that helped earlier in Hammond and with Katie Shones, the Hammond resident I interviewed.

You can expect me to follow-up on that volunteerism.

And, next fall, you can expect me to revisit the strong women of Zumbro Falls, Jarrett and Hammond. I’ve promised them I’ll return. 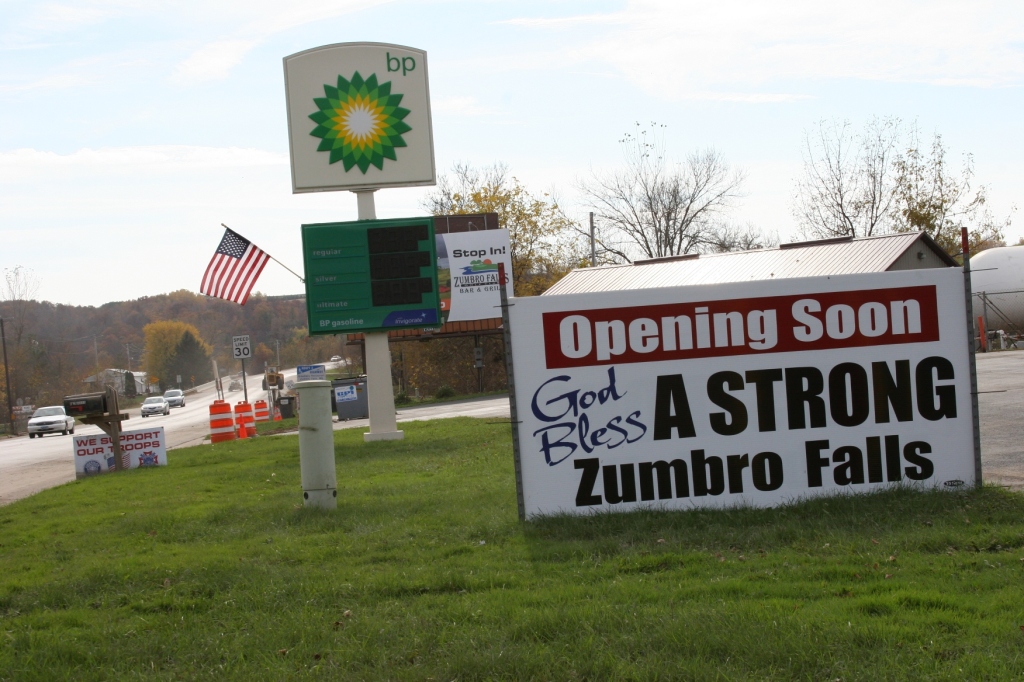 A sign of hope in Zumbro Falls, next to a gas station, on my visit there less than three weeks after the flood.