Observing Memorial Day at a rural Minnesota cemetery May 27, 2014

NEARLY 100 YEARS AGO, students paraded with lilac wreaths from their country school a short distance to the Cannon City Cemetery to honor the war dead. 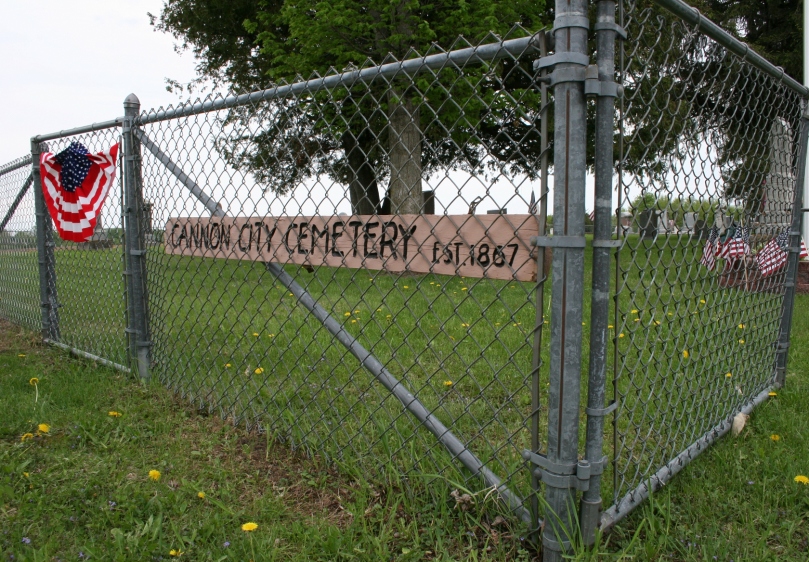 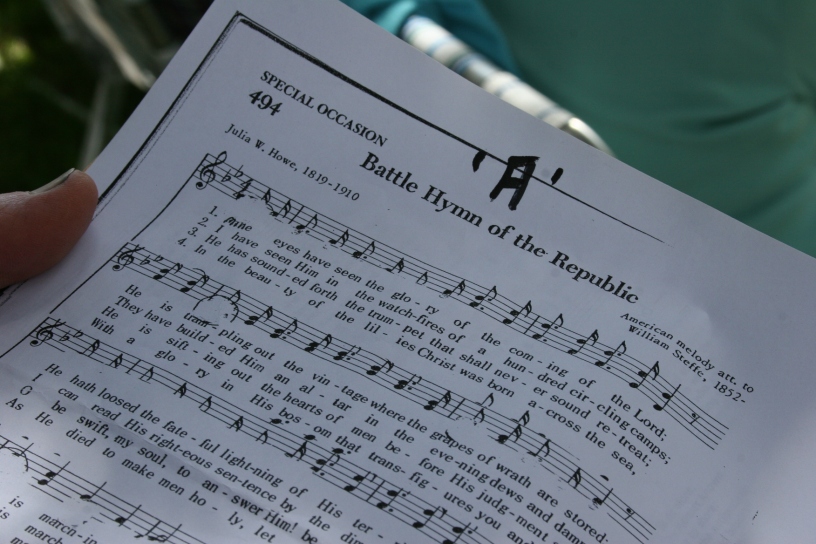 Song sheets are distributed to those in attendance and then collected at the end of the program. 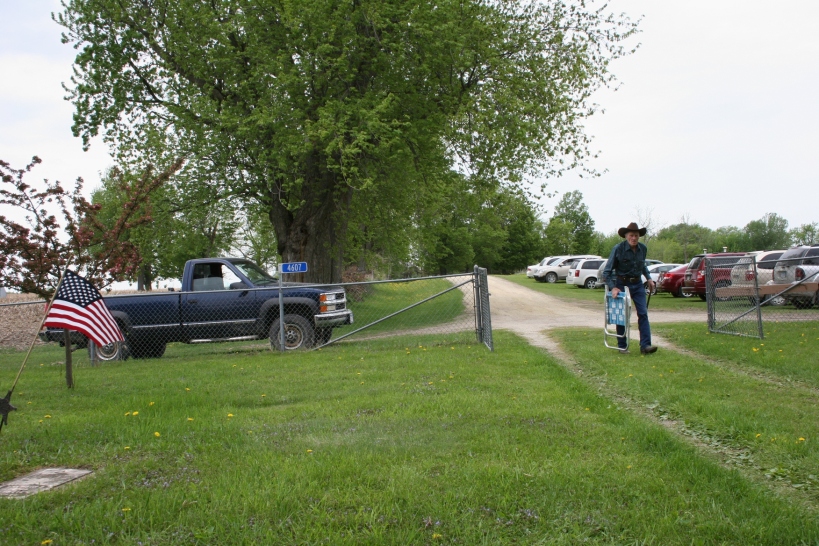 Today there is no “Death March” music, only patriotic songs. There is no school picnic like that after the long ago Memorial Day parade to this rural Rice County, Minnesota, cemetery on the edge of Cannon City some five miles northeast of Faribault.

Off to pick dandelions among tombstones.

But the children still come, some attentive to the ceremony led by Mel Sanborn, others darting, this Memorial Day, among tombstones to gather bouquets of dandelions. Later, they will toss dandelions into a flower bed ringing the American flag and carry other clutches home. It is a sweet moment to witness.

The program opens with singing of “The Star Spangled Banner.” Steve Bonde is on the bugle. 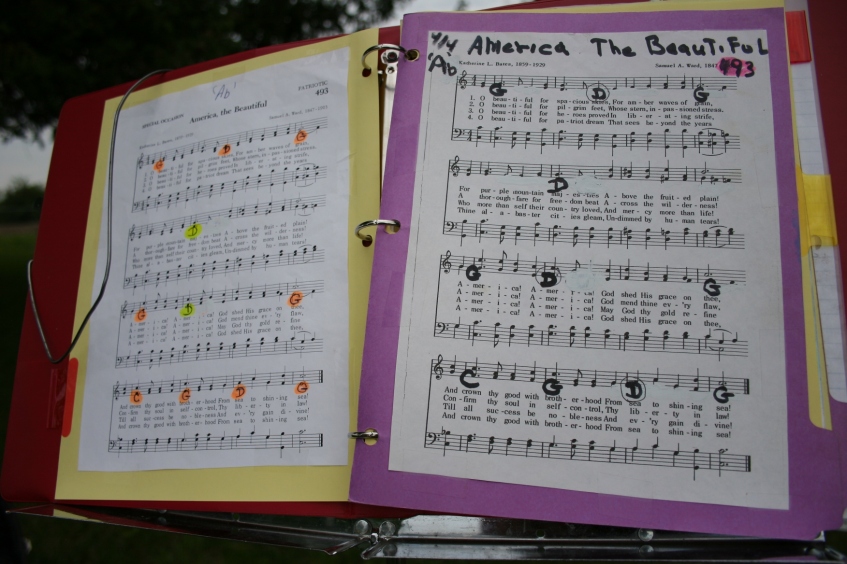 I am here, an observer and a participant in this grassroots patriotic ceremony which, year after year, remains mostly the same—singing of “The Star Spangled Banner,” “America the Beautiful,” “The Battle Hymn of the Republic,” and “My Country, ‘Tis of Thee;” names of the war dead buried here read; recitation of “In Flanders Fields” and “The Pledge of Allegiance;” and reading of “The Gettysburg Address; and the bugler sounding “Taps.”

This year, the presentation of Walt Whitman’s “Reconciliation,” the reading of a patriotic-themed newspaper clipping, singing of “Fightin’ Side of Me,” a brief history given of Rice County’s Drum and Bugle Corps and the bugling of “Revelry” are added to the semi formal ceremony.

Musician Don Chester leads the musical selections along with his wife, Judy.

Between the tombstones, below the flag… 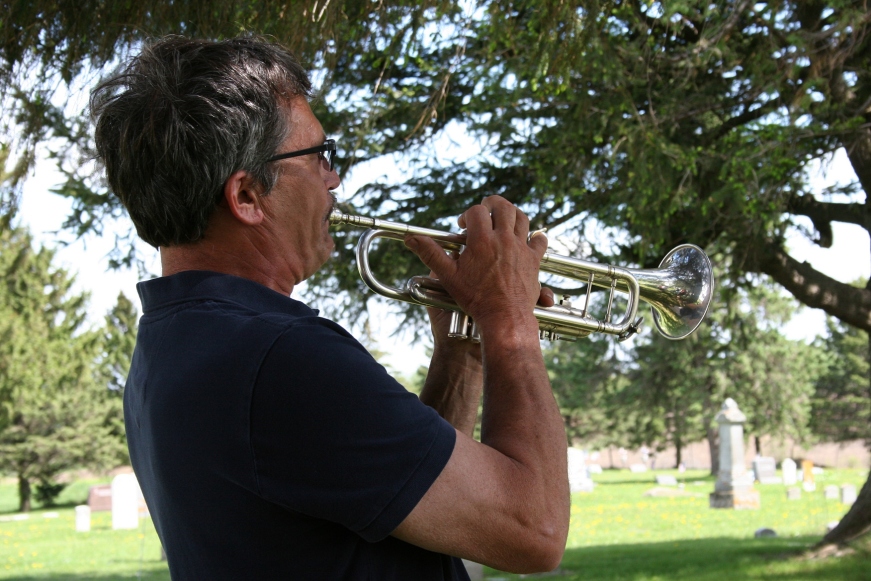 This all presented on the grassy space between aged tombstones in the shadow of the American flag audibly flapping in the breeze. The comparison is not lost on me as Jean Pederson tells of poppies gently swaying in the wind of Flanders Fields.

FYI: To read previous posts on Memorial Day observances at the Cannon City Cemetery, click here and then click here.

10 Responses to “Observing Memorial Day at a rural Minnesota cemetery”