FROM SEVERAL TRAFFIC LANES over, in the dimness of street lights and headlights, I could not spot him.

“There he is,” my husband said.

I craned my neck, peering through the windshield, trying to glimpse our son whom I had not seen since July 7.

Try as I might, I could not locate my 20-year-old in the throng of passengers awaiting curbside pick-up at Terminal 2 of St. Paul-Minneapolis International Airport a week before Christmas. I’d never seen the terminal so busy with vehicles stacked across all lanes in near gridlock. At 11 p.m. on a Thursday.

I willed the monstrous white pick-up just ahead of us to the right to move. Move, will you, so I can see my boy.

The truck inched forward, finally clearing a view of a lean young man towering even taller than I remembered. No wonder I barely recognized him. 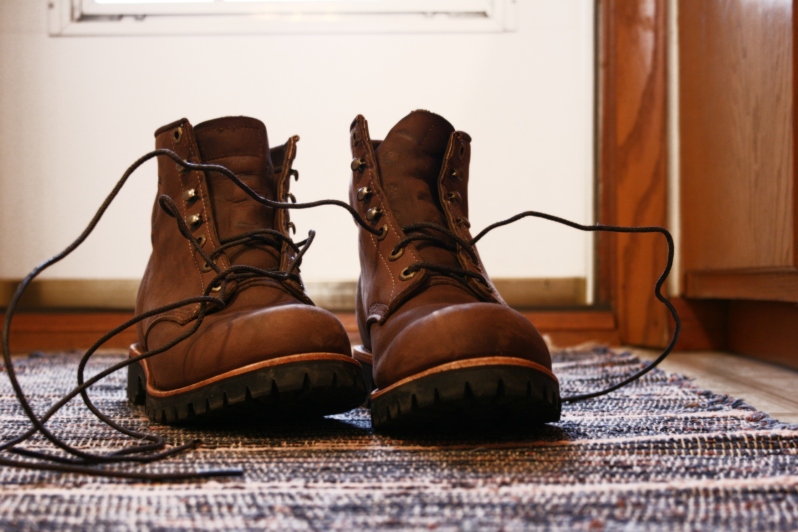 In six months, he’d grown. And his look, his clothes, had changed. He sported leg-hugging pants in rust-orange. Boots, not neon tennis shoes. A navy blue and white pom-pom stocking cap emblazoned with “Boston” topped his head. He’d ditched the ear muffs. His classic button down black wool coat had been replaced by a more trendy parka style jacket. And later, when he shed that outerwear, I noticed he was dressed in fashion conscious layers.

I’d been searching for a young man dressed like I remembered.

Eighteen months away from the Midwest, my son’s finally found his fashion niche. And I must say the new look suits this Tufts University computer science major-math minor student. He seems comfortable and confident sporting pants that aren’t jeans, in hues of rust, green and grey. I have yet to see him wear jeans since his arrival home on December 18. 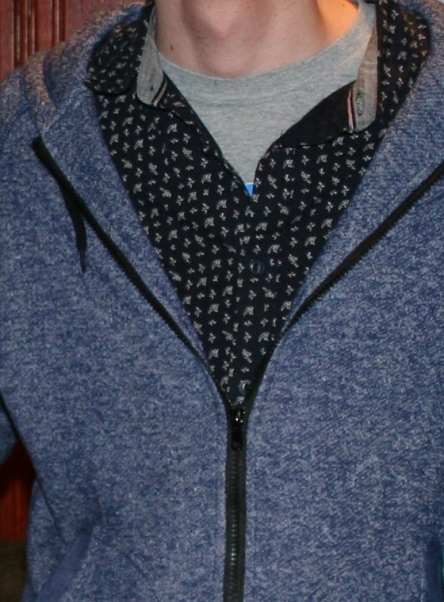 When I asked the other night about the design on his navy blue and white shirt, he said, “I just tell everyone they are dinosaur footprints.” They aren’t.

It doesn’t matter. He is simply happy to have found trendy and comfortable clothing that fits his six-foot-three (or some such height) slender frame. He sourced his colorful pants at Japanese retailer UNIQLO. Yes, I had to Google the name; I’m not fashion aware. He shops online, too.

This sudden awareness of fashion comes as a surprise to me. Only a year ago I waited outside a dressing room at Kohl’s as the son tried on a pile of sweaters and pants, rejecting most. Even getting him there had been a challenge. Clothes shopping has always been a challenge for him, mostly because he’s tall and slender and he’d rather do anything than shop.

In the year between then and now, he’s managed to find clothing that not only fits, but that he likes. He’s figured it all out on his own.

And bonus for me: Because he’s grown, I’ve now confiscated his flannel shirts, not that he would wear flannel anymore anyway. Flannel might be just a tad too Paul Bunyan Minnesotan for a college student in Boston.