Minnesota tornado memories twist through my mind today May 6, 2015

FLASHBACK TO JULY 24, 2010, between 11 p.m. and midnight. We—my husband, Mom and 16-year-old son—are hunkered down in a car along a Redwood County road in rural southwestern Minnesota north of Walnut Grove. We’ve just left an outdoor pageant showcasing excerpts from the stories of Laura Ingalls Wilder.

Now we are on the prairie, in the middle of a storm. Rain rushes in torrential sheets, forcing my husband to pull over and stop. Winds rock the car with ferocity and flatten roadside grass. Flashes of lightning slice through the blackness, revealing swaying trees.

I am terrified, fearful that the wind—which I later learn raged at 70 mph—will toss our car into the ditch, perhaps into water that buffets a section of this roadway. The darkness is so black that I have no idea where we are.

I press my head into the back of the front driver’s seat, praying. I am clutching my son’s sweaty hand.

For 45 minutes we endure the storm. When we arrive at my Mom’s house in my hometown, I am so relieved I could kiss the ground. 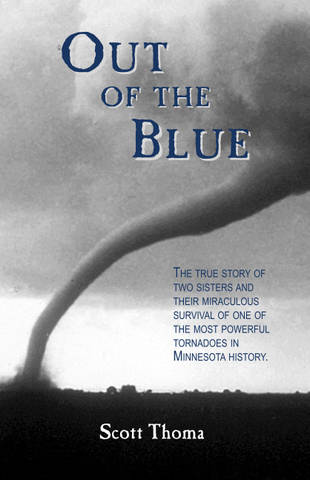 This photo of the Tracy, Minnesota, tornado by Eric Lantz illustrates the cover of Scott Thoma’s book about that tornado. Book cover image courtesy of Scott Thoma.

On June 13, 1968, Minnesota’s first F5 tornado, the most powerful with wind speeds in excess of 300 mph, ravaged the community of Tracy, the next town west of Walnut Grove and some 30 or so miles from the farm where I then lived. That tornado killed nine and left a lasting imprint upon my impressionable young mind. 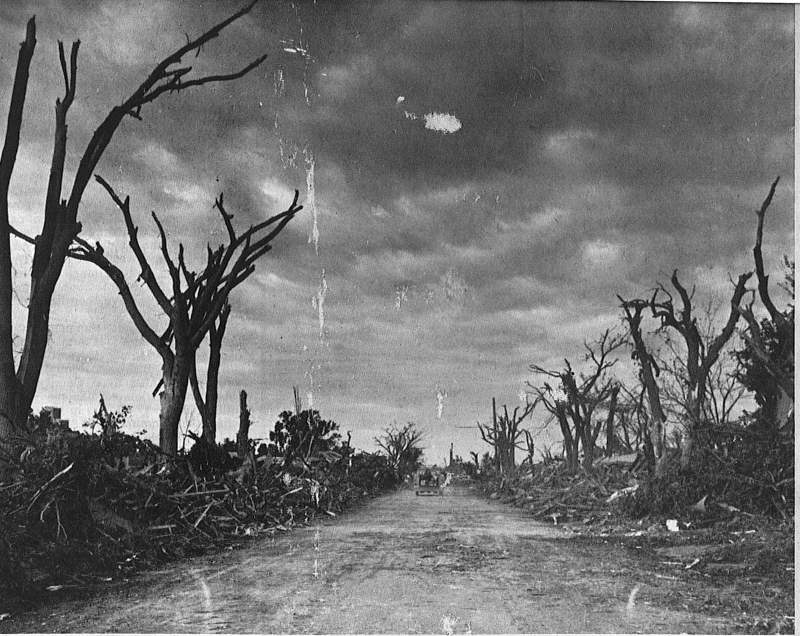 A residential street, once covered in branches and debris, had to be plowed to allow vehicles to pass. Photo by The Tracy Headlight Herald and courtesy of Scott Thoma, Tracy native and author of Out of the Blue, a book about the 1968 Tracy tornado.

Decades later a tornado would strike my childhood farm, taking down a silo and tossing silage wagons like toys.

On March 29, 1998, multiple devastating tornadoes wreaked destruction upon Comfrey in southwestern Minnesota and St. Peter, some 40 miles west of where I now live. A young boy died.

In July 2011, high winds partially ripped the roof off St. John’s Lutheran Church in Vesta, the church I attended while growing up. That same day, a tornado struck nearby Belview. 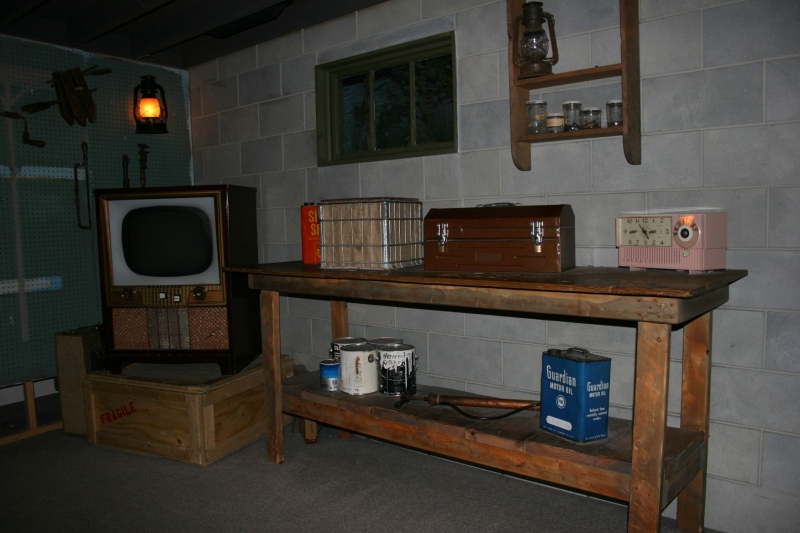 Visitors to the Minnesota History Center in St. Paul can experience the May 6, 1965 tornado outbreak in a replica basement of a 1960s rambler. Through a multi-media presentation, visitors can experience those tornadoes in this exhibit titled “Get to the basement.” Those are words I heard as a child and still repeat today whenever tornado warning sirens blare in Faribault.

Today marks 50 years since the biggest tornado outbreak in Twin Cities history. Six twisters—four rated as high as F4 with winds of 166-200 mph—touched down in multiple communities, killing 13 and injuring 683. Interestingly enough, I don’t remember that 1965 tragic tornado event. We may not have had a television yet then. And, at age nine, I likely did not concern myself with something that happened seemingly so far away in “the Cities.” I should have.

I respect storms. Do you?

33 Responses to “Minnesota tornado memories twist through my mind today”