MINNEAPOLIS HAS THE LAKE HARRIET Rose Garden. St. Cloud has the Munsinger/Clemens Gardens. Chaska has the Minnesota Landscape Aboretum. 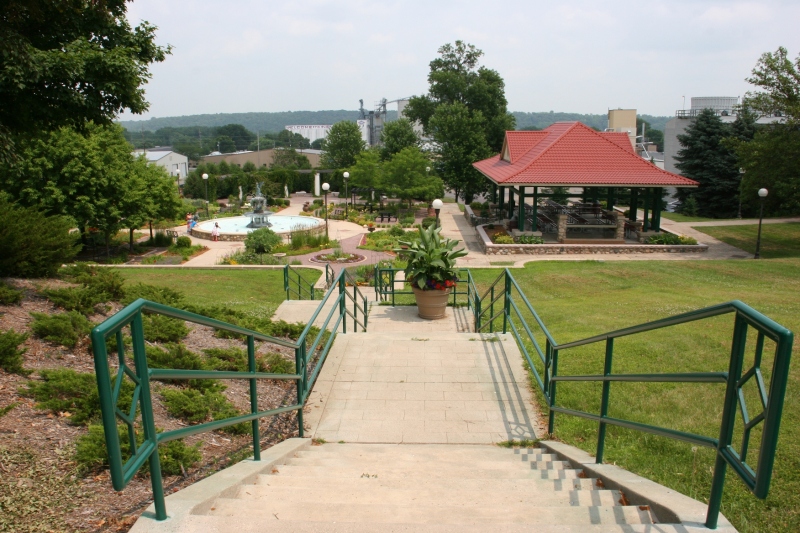 A view of German Park from the street-side steps that lead to the park. There’s also access at the bottom of the hill so you don’t need to take the steps.

And New Ulm has German Park, centered by a replica of the Bethesda Fountain in New York City’s Central Park. 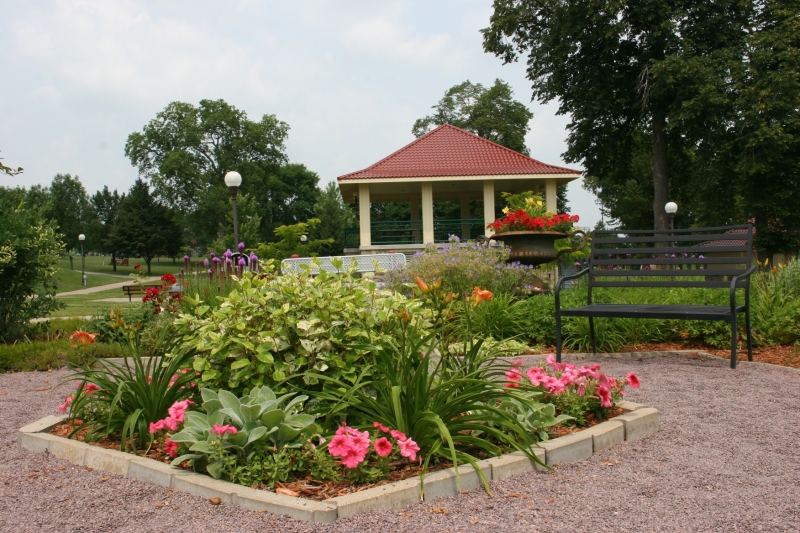 Stroll the paths and enjoy the flower gardens. Or sit and contemplate.

If you haven’t discovered this park in the heart of Minnesota’s most German community, then you need to visit this oasis just a block from New Ulm’s downtown business district. I came across German Park a few years ago and revisited it on the Fourth of July while en route to a family gathering an hour farther west along U.S. Highway 14. 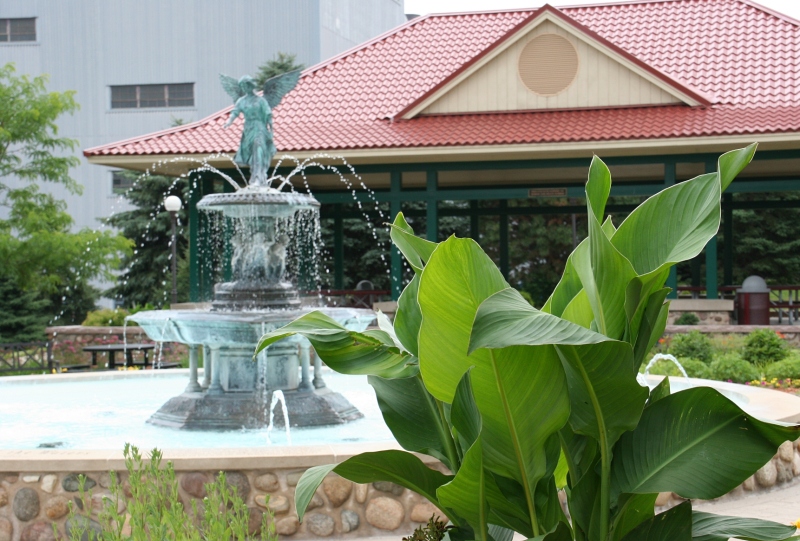 The Angel of the Waters Fountain centers the park which features an abundance of plants and flowers, a picnic shelter and other amenities.

Here, in a tranquil setting of fountain and flowers, my husband, son and I lunched on sandwiches and fruit while delighting in the beauty of this place. There’s a reason the New Ulm tourism website lists German Park as one of the “Top Ten Things to See.” This place, this park, is poetic and pleasing, and just plain lovely. 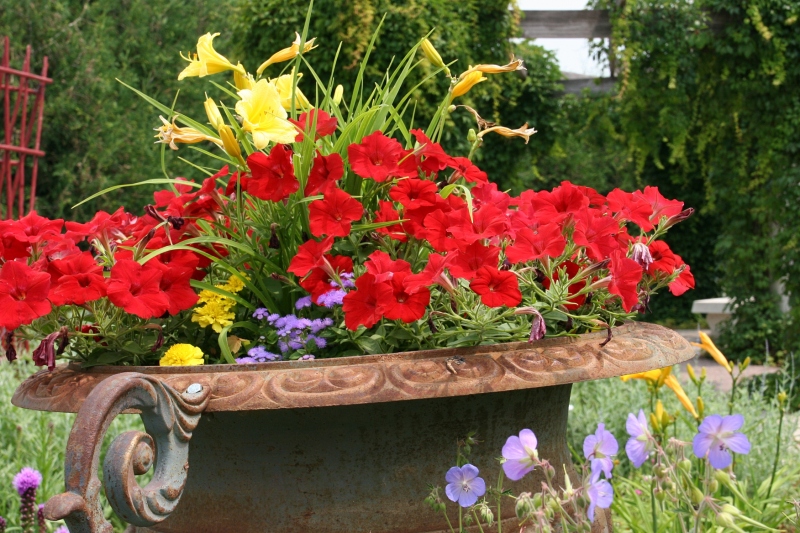 Gigantic urns overflow with flowers like these petunias, lilies, marigolds and more. 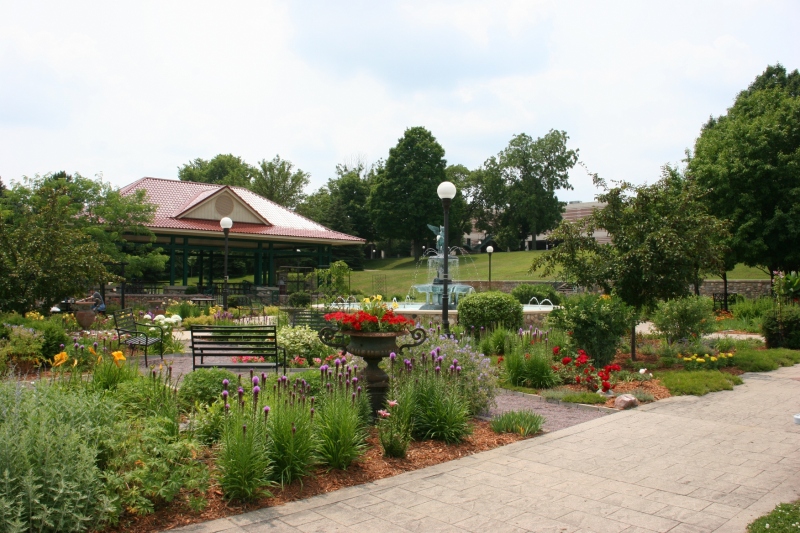 This is a flower lover’s delight. 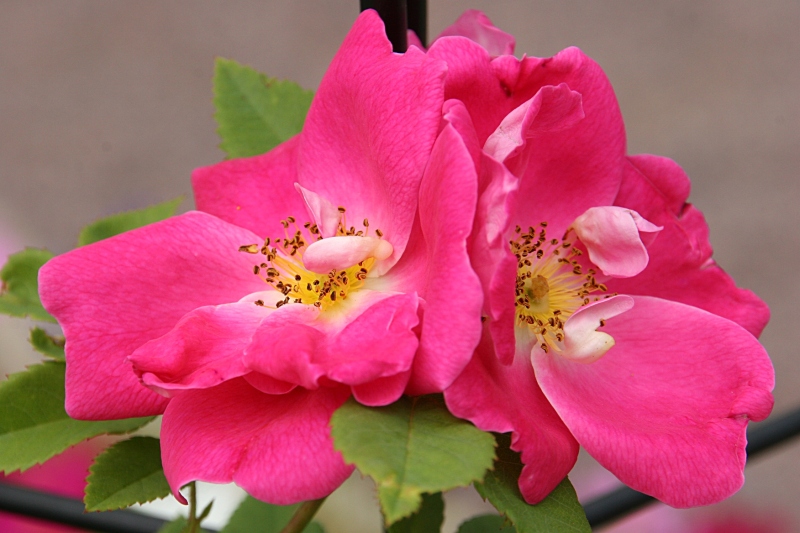 These roses, which remind me of the wild roses that bloomed in road ditches when I was growing up in southwestern Minnesota, were nearly done blossoming. 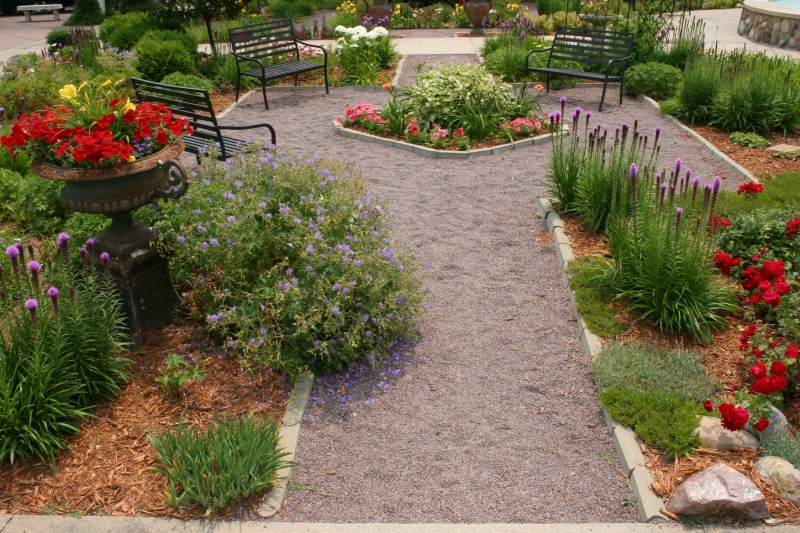 The pathways are designed to allow visitors a close-up look at the flowers. 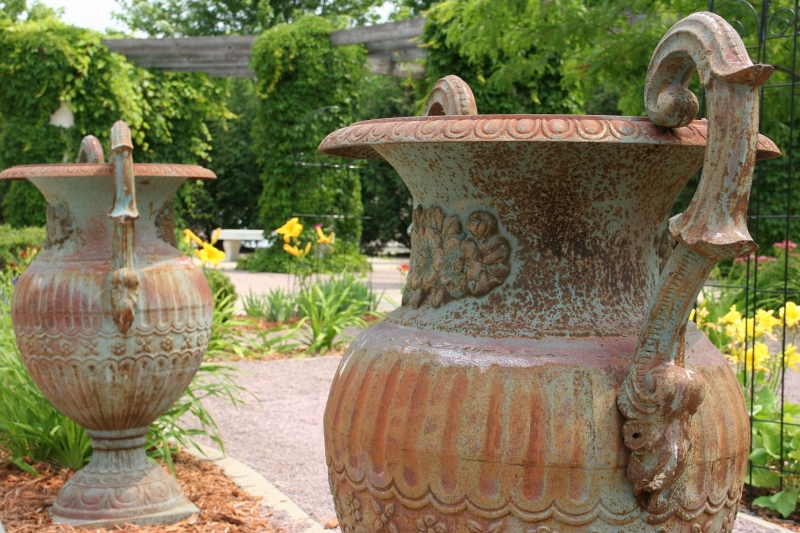 I love these rustic urns, which are so large and heavy it would take several people to move them. 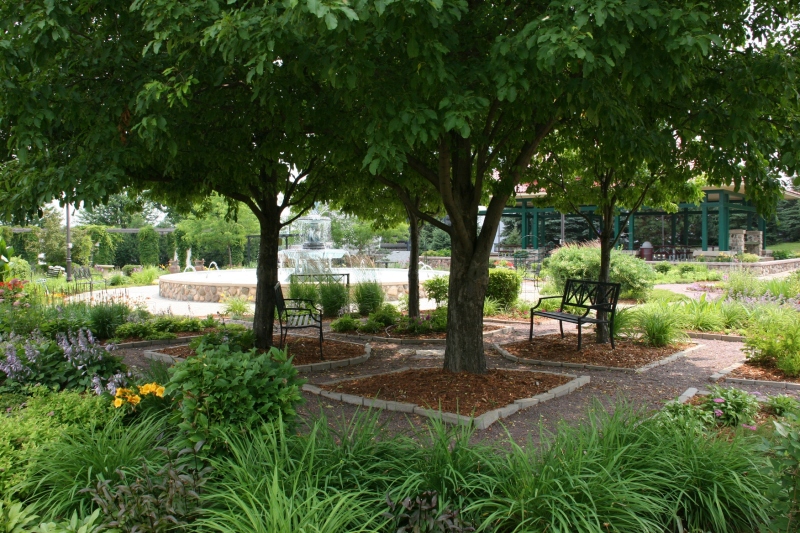 A shady spot to rest. 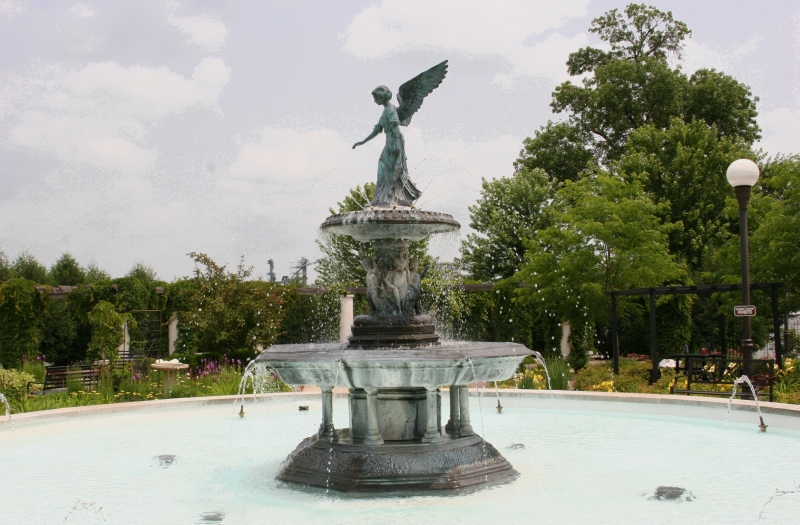 The fountain is a small reproduction of the fountain in New York’s Central Park. French sculptor Jules-Felix Coutan created this fountain purchased in 1998 from an auction house in Atlanta. It is a gift to the city from Barbara Sweasy Haroldson. 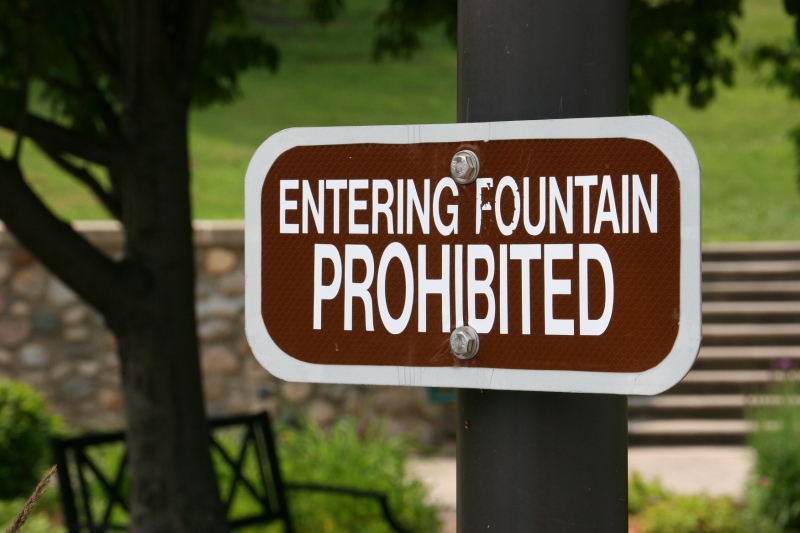 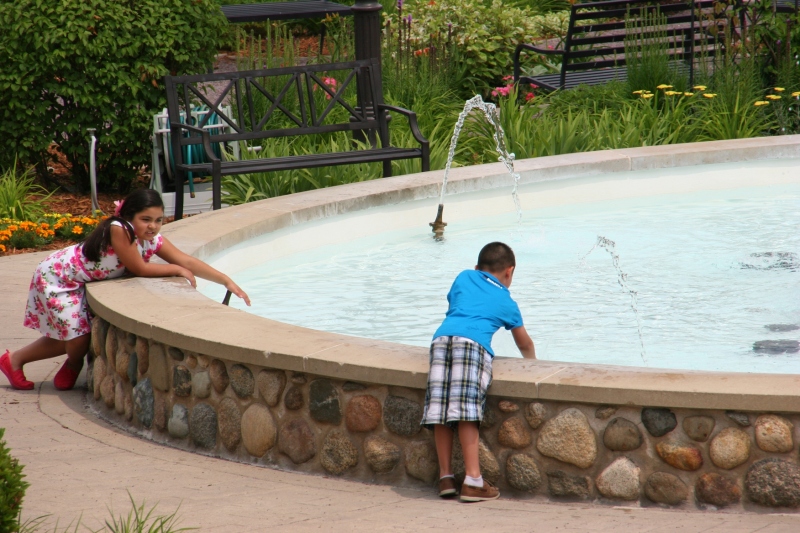 Splashing your hands in the fountain is not forbidden. 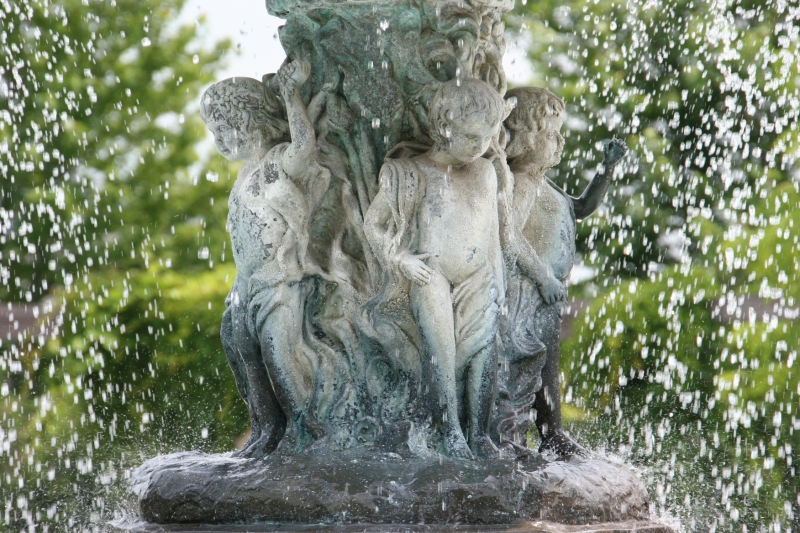 Water spills over the fountain cherubs. 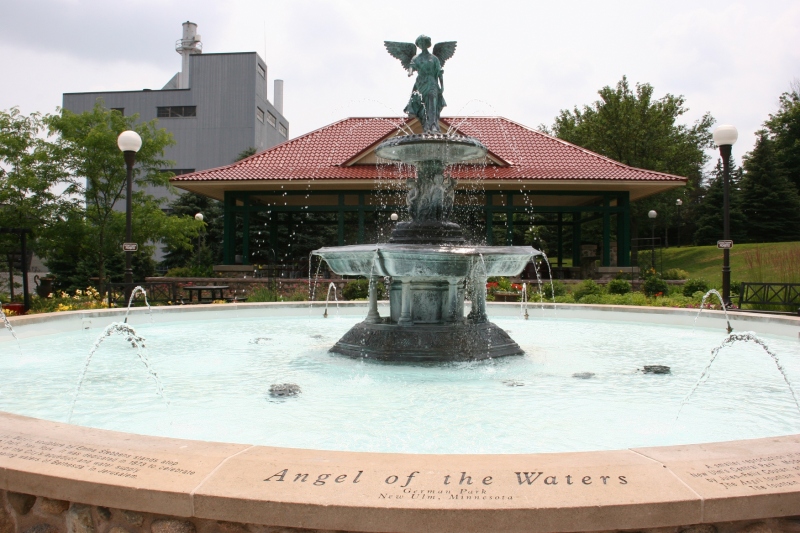 Angel of the Waters, the focal point of German Park. 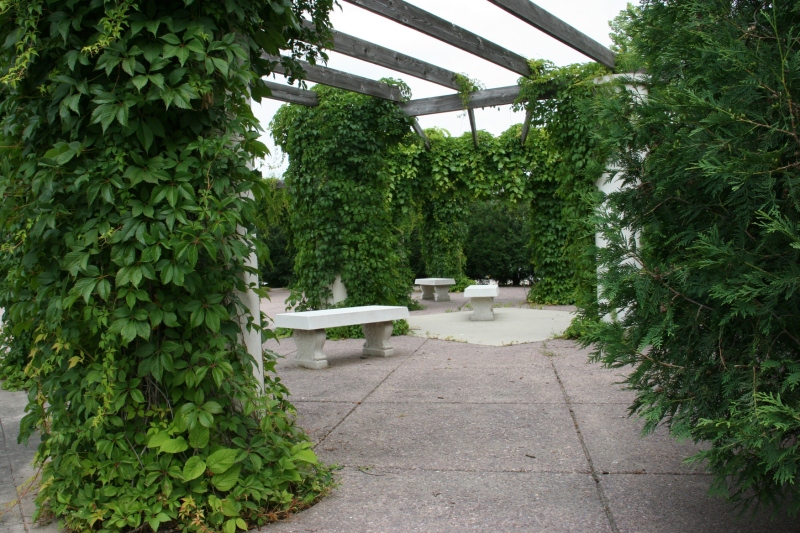 In another section of the park, greenery and benches, marked by lovely columns, offer a place of respite. 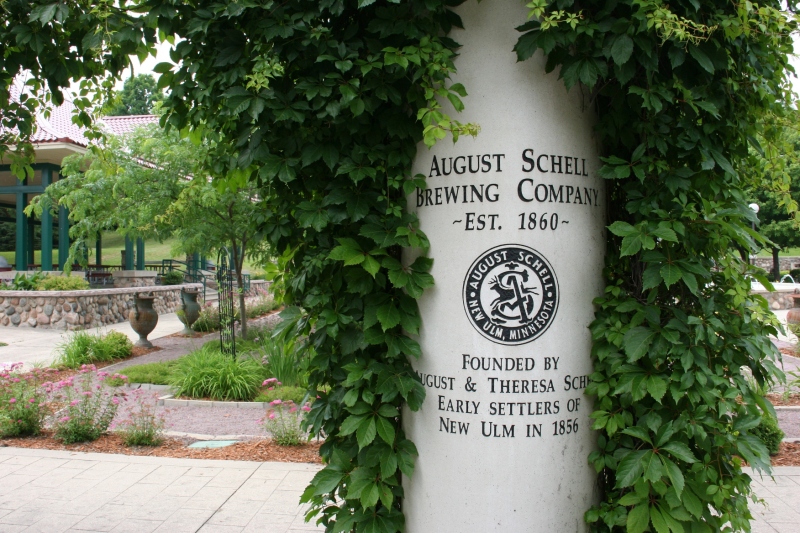 Imprinted on columns is information about what I assume to be park supporters. The August Schell Brewing Company is a major New Ulm attraction and on the list of “Top Ten Things to See” in this city. 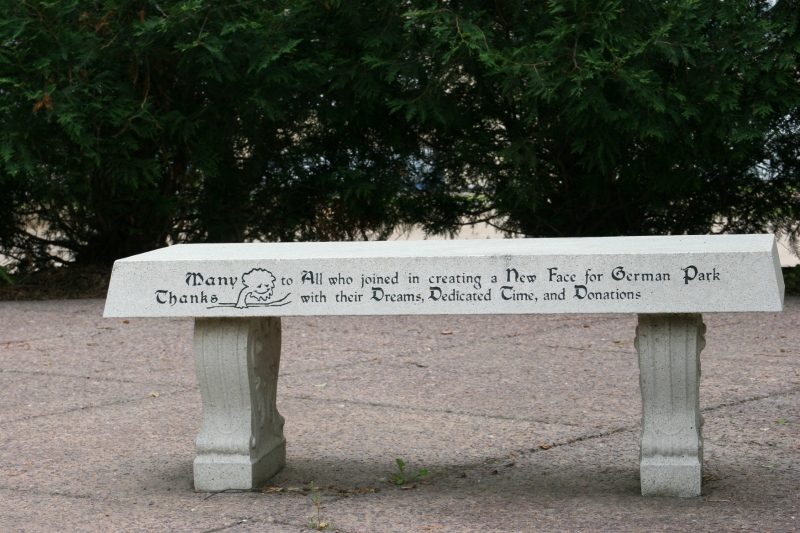 German Park was obviously a community effort. I love when a community works together to create something stunningly beautiful like this park. 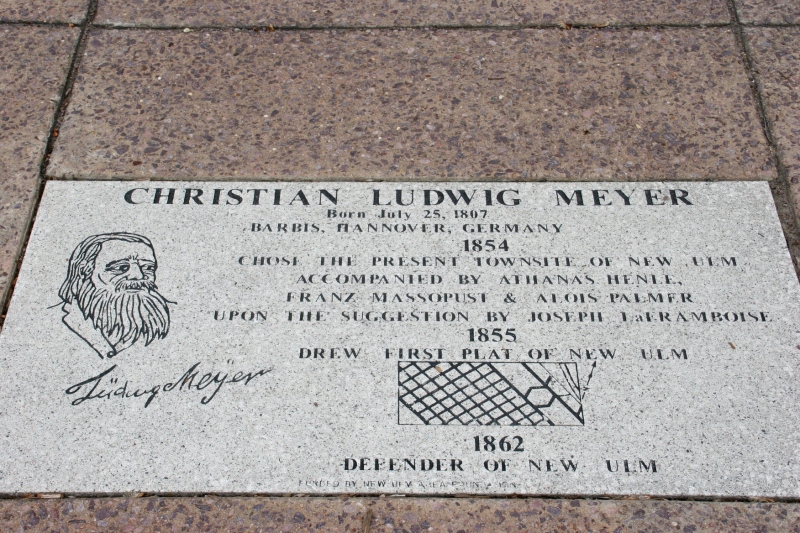 Local history is imprinted on pavers. 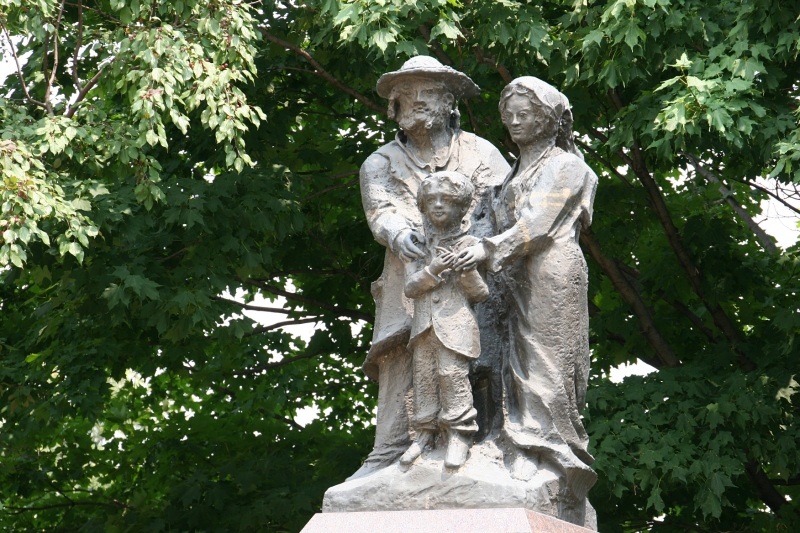 This granite statue along German Street just above the park honors the German-Bohemian immigrants who lived in the section of New Ulm known as Goosetown. 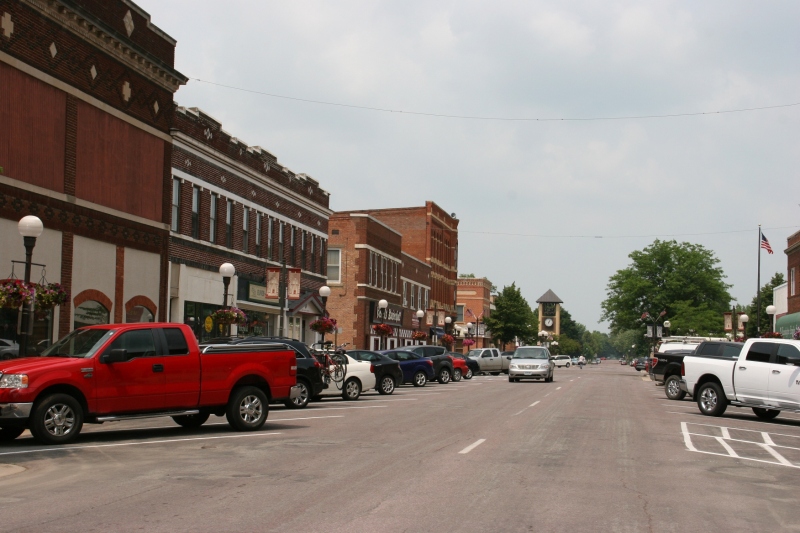 A portion of New Ulm’s downtown business district along N. Minnesota Street with the Glockenspiel in the background.

FYI: German Park is located at 200 N. German Street, several blocks south of U.S. Highway 14 and a block from N. Minnesota Street. The Summer Concerts in the Park series at German Park continues every Monday through the end of August. Music starts at 7 p.m.