Part II: When memories cruise into a car show August 4, 2016 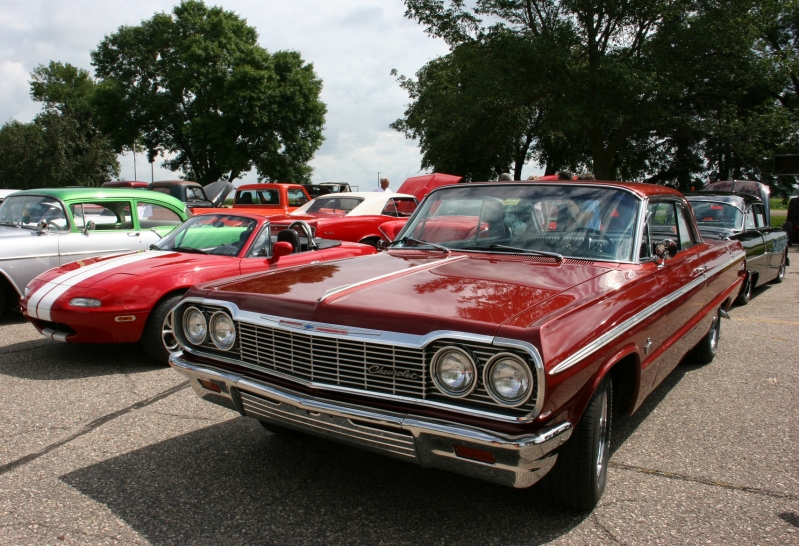 THERE ARE REASONS we love the things we do. Always reasons. And at the Cruise-In Car Show held last weekend at St. John’s United Church of Christ, Wheeling Township, there was a reason my husband voted for a 1964 Chevy SS as his favorite car. He once owned a similar Chevy. Not an SS. But a rusted out 1964 Chevy Impala. He wishes he still had that vintage vehicle, albeit in pristine condition. 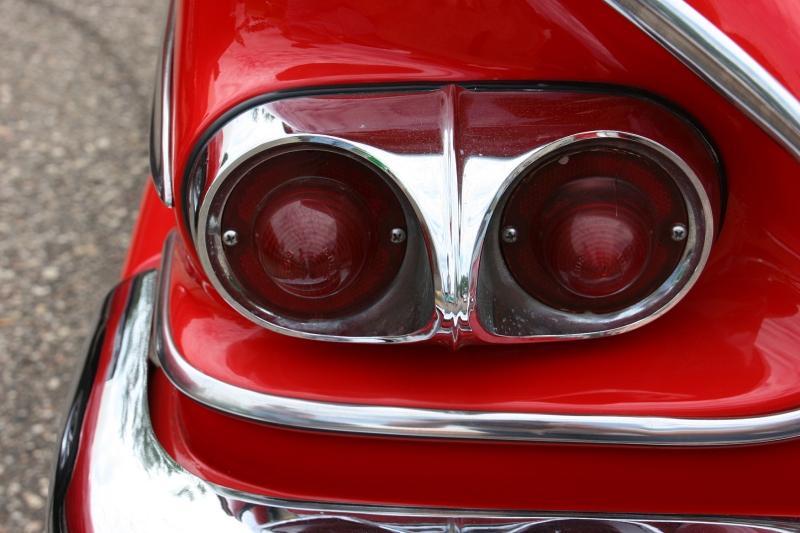 I favored a cherry red 1958 Chevy that reminded me of the car my maternal grandpa drove. I remember mostly the salmon (not red) hue, the distinctive click of the blinker and the bumpy plastic protecting the seats. Grandpa’s car may not even have been a Chevy. But the lines of this car looked familiar. 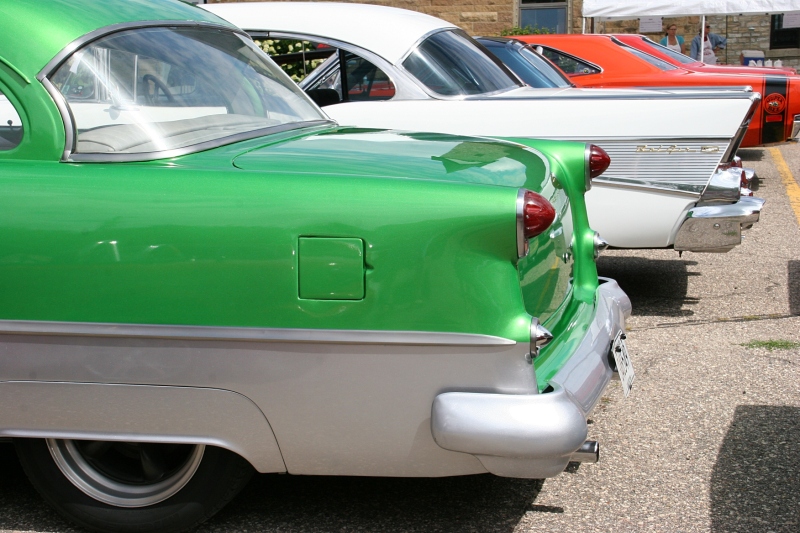 Look at the graceful lines in these vintage cars.

My appreciation of vehicles is more about lines, curves and colors—the visual artistic appeal—rather than performance. Perhaps that’s why current day cars seem less attractive than those of 50 years ago. 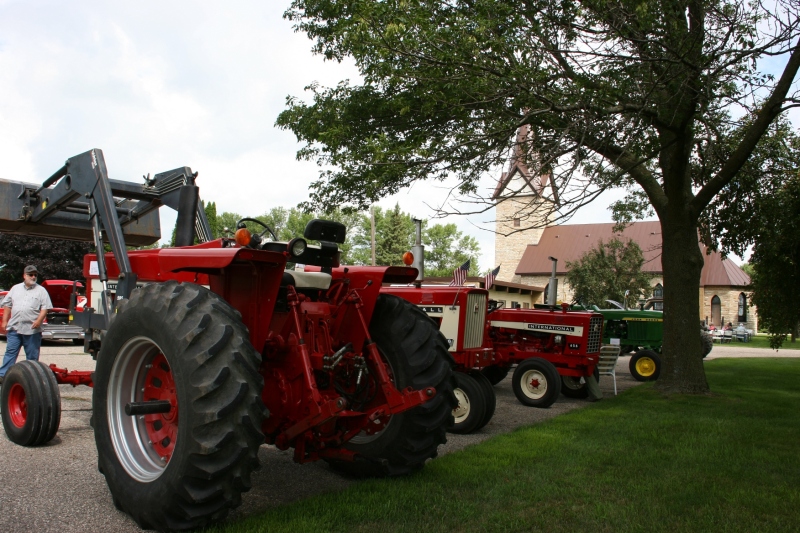 Several tractors were registered at the show.

As I approached the four tractors parked at the cruise-in, I hoped to see a B Farmall or John Deere like the ones from my childhood farm. But there were none. It’s difficult for me to think of 1970s tractors as collectibles. There’s a reason for that and it’s called aging. My aging. 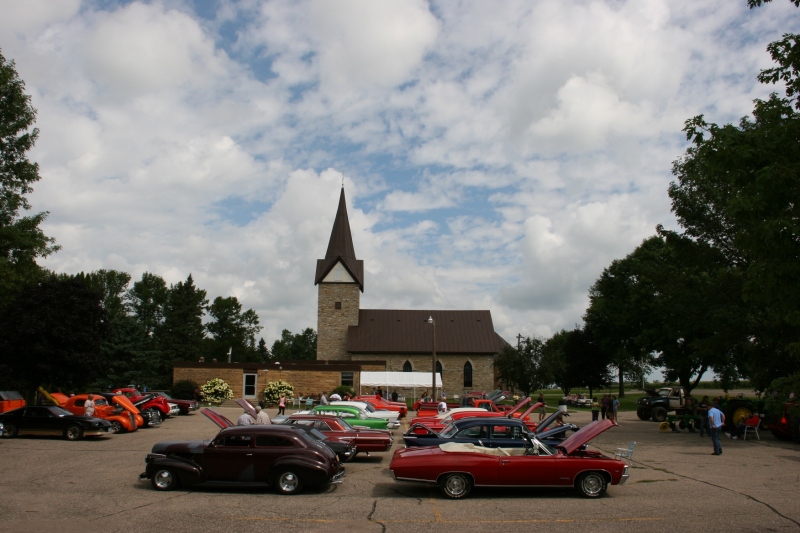 At the request of St. John’s car cruise-in organizers, I climbed a 10-foot step ladder to photograph the event.

These days I find myself growing more nostalgic. I am drawn to that which defined my past. I find that a tad unsettling, this yearning for seemingly simpler days when life was less complicated, less stressful, less cluttered. The “good old days,” they call them. Am I that old already to think that way? 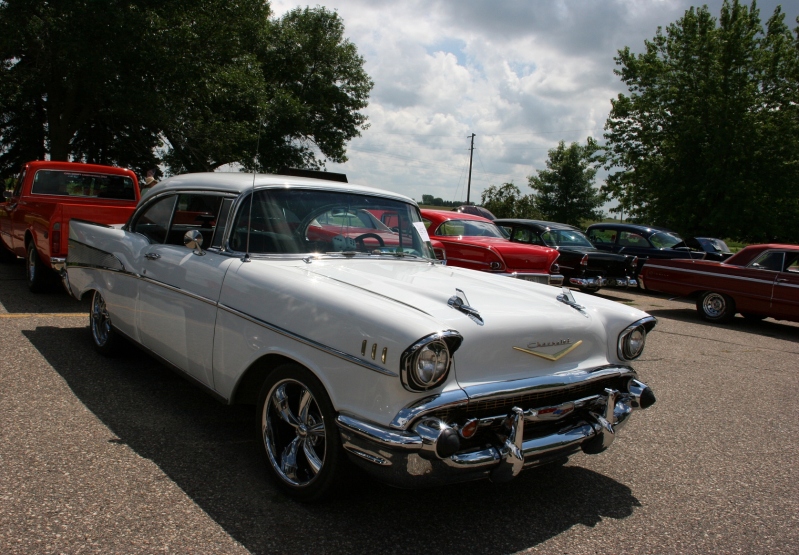 Perhaps this is really what car shows are all about. Not about shiny vehicles or souped up whatever, but rather about memories and appreciating the past. 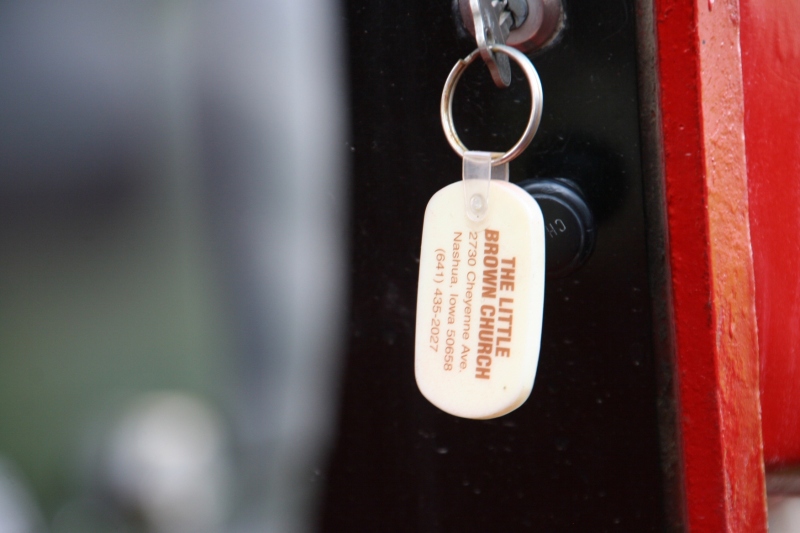 A tractor owner left his key in his tractor, complete with key chain from the Little Brown Church in the Vale. 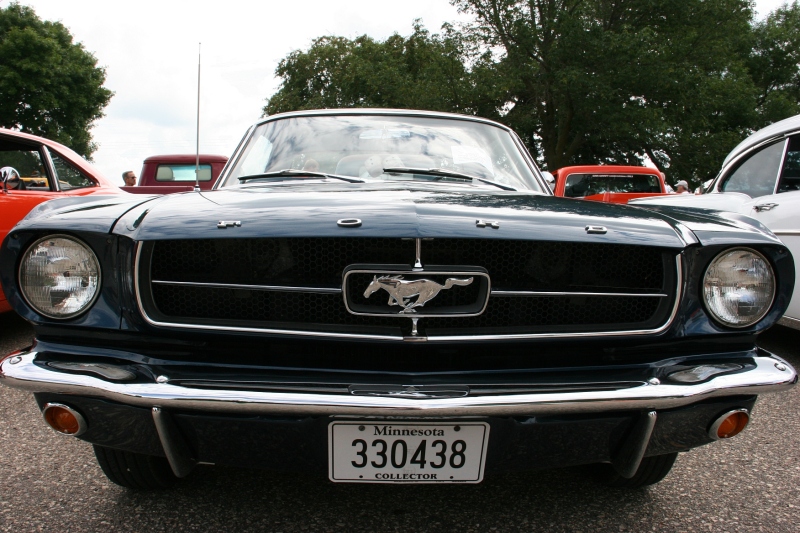 I have an affinity for Mustangs that traces to my teen years. 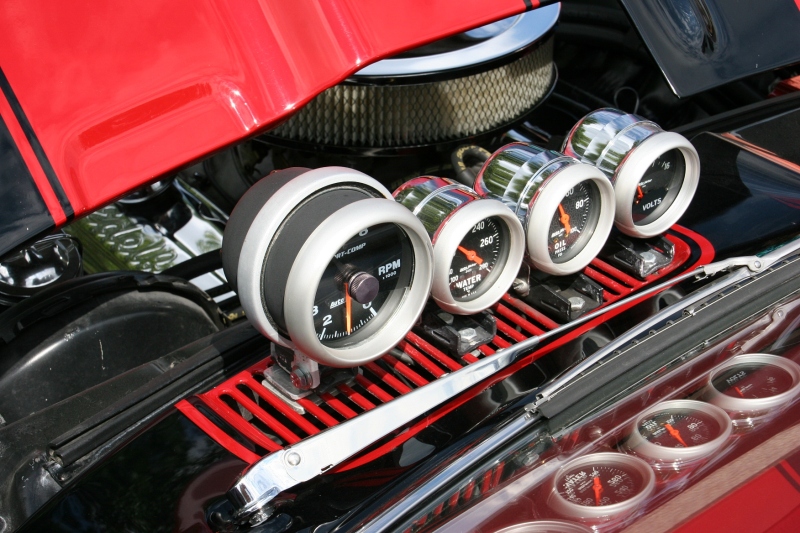 I was intrigued by these gauges on the exterior of a car, just outside the driver’s side of the windshield. 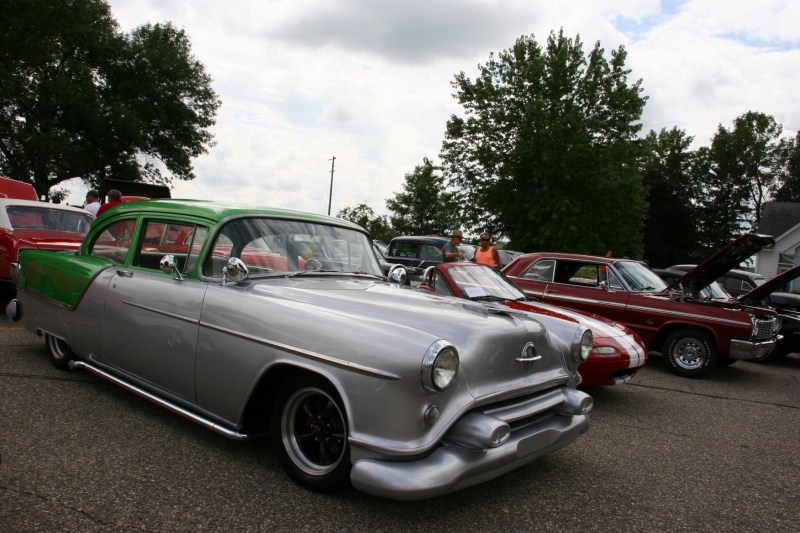 Because green is my favorite color, I am naturally drawn to this car owned by a Minnesotan who is a big Green Bay Packers fan. 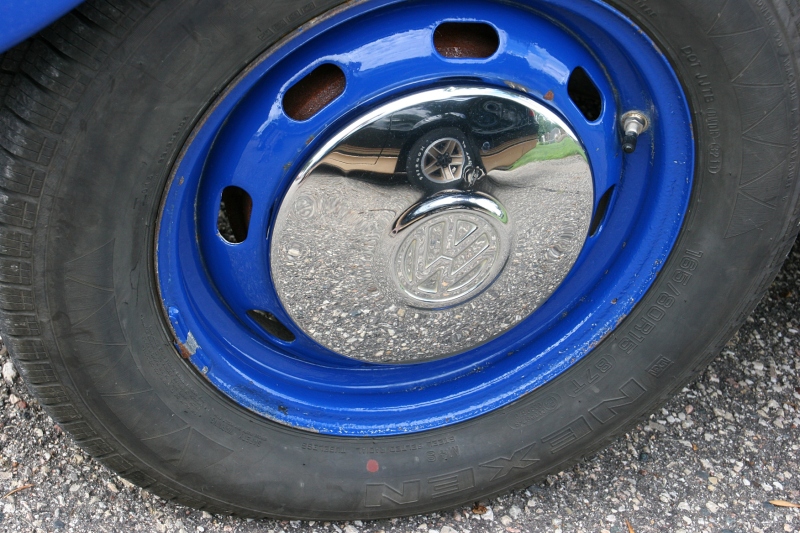 Likewise, this blue on a blue Volkswagon also drew my eye and my interest.

FYI: Click here to read my first post from St. John’s Cruise-In Car Show. And check back tomorrow for one final post from this rural Faribault event.

18 Responses to “Part II: When memories cruise into a car show”