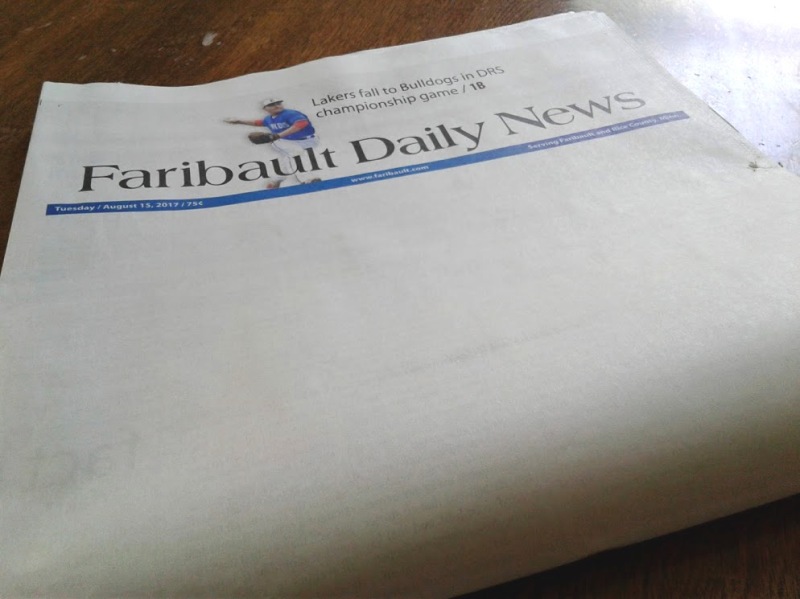 MY MIND WAS ALREADY reaching for the phone, punching the number for the circulation department of the Faribault Daily News when I paused.

With a sports headline printed above the nameplate and an ad stretched across the bottom of an otherwise blank front page, I realized—kaboom—that the white space couldn’t be accidental. There was a reason the paper I grabbed from my front steps on Tuesday morning was devoid of front page news. 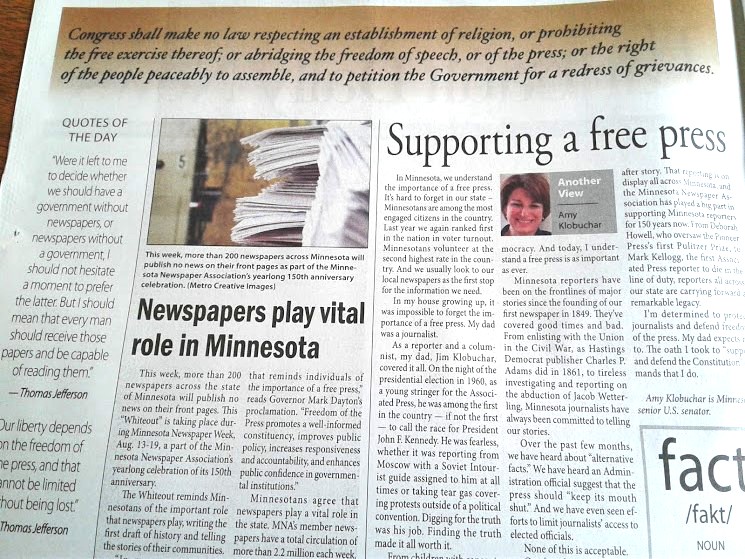 I flipped to page two. There I found my answer. The absence of news was intentional. According to an article published there, more than 200 Minnesota newspapers are participating in a “Whiteout” to remind readers of the importance of newspapers in their local communities during Minnesota Newspaper Week.

Brilliant, simply brilliant. What an incredible visual way to make a point.

Quotes supporting freedom of the press ran in a sidebar:

“Our liberty depends on the freedom of the press and that cannot be limited without being lost.”—Thomas Jefferson

“Freedom of the press is not just important to democracy, it is democracy.”—Walter Cronkite

“Congress shall make no law…abridging the freedom of speech, or of the press…”  First Amendment to the Constitution

As a former newspaper reporter, I especially value freedom of the press. I hope the average person realizes just how important a free press is to our democracy. When a government controls the media, we lose our freedom.

I can’t recall a time in the U.S. when the media have been more ruthlessly attacked by people in power than now. 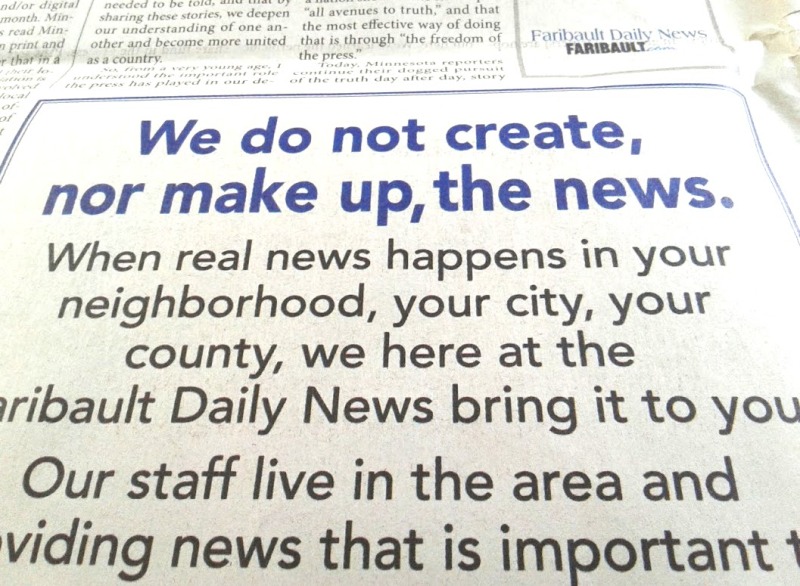 When I think back to my years as a community journalist, though, I recall efforts by some locals to curtail my reporting in several small Minnesota towns. A high school music teacher once attempted to intimidate me after I wrote about controversial discussions at a public school board meeting. Likewise, a realtor verbally attacked me when I wrote about city council proceedings that involved him. A school superintendent in one community treated me with disdain after I covered a student walk-out. Thankfully my editors backed me up and I continued to do my job.

Being a journalist isn’t easy, especially in today’s world. I expect the pay, the long and odd hours and stress are just as awful as when I worked in the profession decades ago. And the criticism is fierce. People complain all the time about the media. Sometimes those complaints are justified. But mostly not.

I say, “Stop blaming the messenger.” Journalists do not make the news. They are only reporting it. And we should all value that they have the freedom to do so.