Taking snow removal to the second level in Minnesota March 1, 2018

Randy blows snow off our driveway following a February 2014 storm. This winter has been similar in snow and cold to that of four years ago. Minnesota Prairie Roots file photo February 2014.

IF RESIDENTIAL SNOW REMOVAL in Minnesota involved simply clearing driveways and sidewalks, our work would be easier. 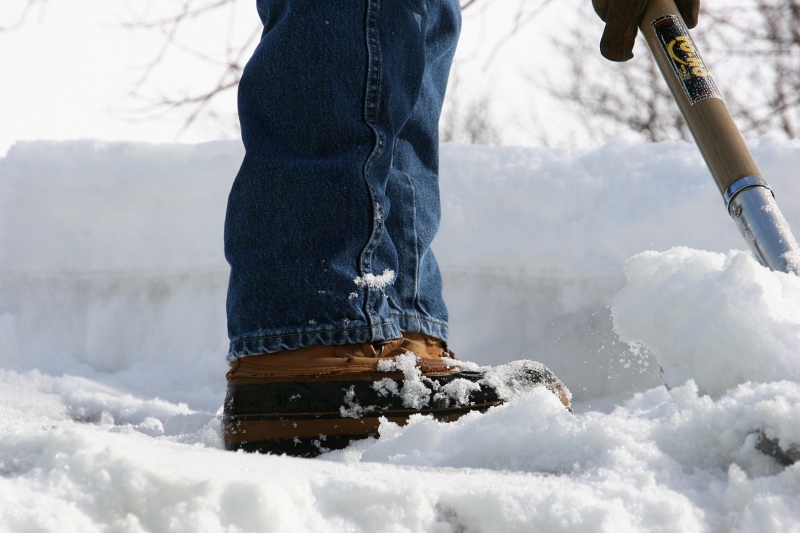 In this image, you can see the depth of snow on the roof.

But when snow accumulates and no January thaw arrives to reduce the snow pack, we start thinking about problems like too much snow on roofs and those damaging ice dams.

Sunday afternoon, after our most recent 4-inch snowfall the day prior, Randy pulled out the ladder and climbed to the flatter section of our house roof. He had about 18 inches of accumulated snow to scoop and toss from roof to ground. After awhile, he was working up a sweat in the bright sunshine.

Just inside the kitchen, I watched him labor. I’ll shovel snow, but only if it’s on the ground.

My job was to monitor my husband, to see that he stayed safe and didn’t overdo the shoveling. Now that we’re in our sixties, I tend to think more about how shoveling can cause heart attacks and back issues. And then there is that slipping and falling off the roof factor to consider. Randy seems mostly to ignore my concerns. I wish he wouldn’t.

Already that day he’d fired up the snowblower to clear snow from our sidewalk and that of three neighbors and also blew snow from our drive and a neighbor’s. I shoveled steps and walks and followed with clean-up. Our snowblower is bulky and heavy and so aged it should probably be in a museum. Has any Minnesota museum ever done an exhibit on how Minnesotans deal with snow? That could be interesting, tracing the history of how that process has evolved. There’s the fashion aspect, the equipment facet, the weather factor… 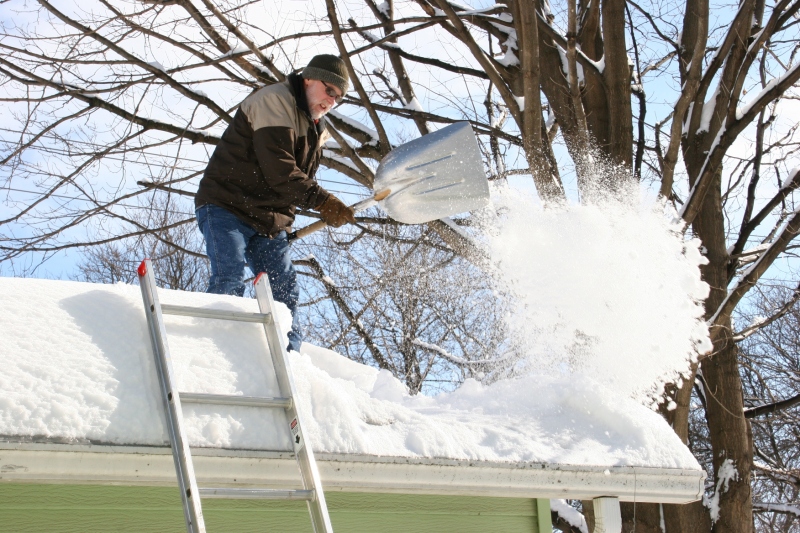 With the sun shining and temps rising into the balmy forty-ish range this week, all of Randy’s rooftop shoveling paid off with shingles now visible and ice dams melting. We’re good until more snow stacks and temps plunge. Next week.

TELL ME: If you live in a snowy state like Minnesota, how do you handle snow on the roof and ice dams? If you don’t have to deal with these issues, feel free to comment anyway.