The sweet treat that marks the unofficial arrival of spring in my Minnesota community March 6, 2018 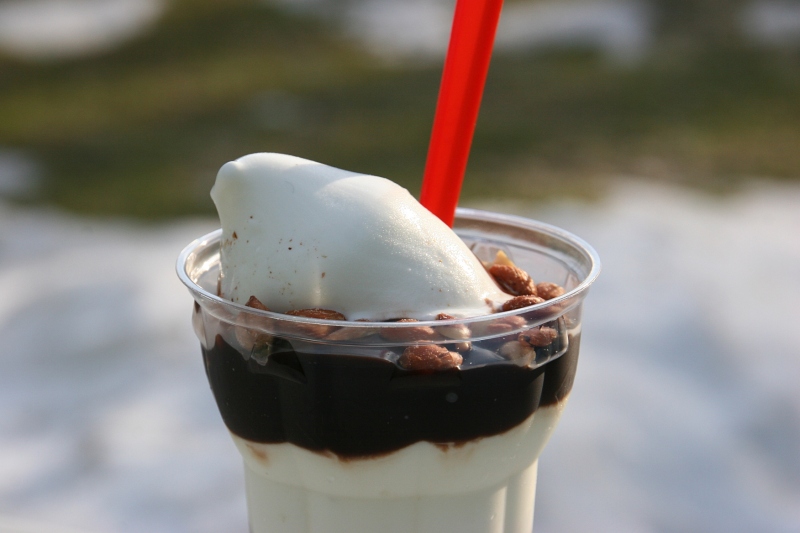 TWICE A YEAR, Randy and I treat ourselves to Peanut Buster Parfaits at the local Dairy Queen. In the fall when the smaller of the two DQs in Faribault closes for the winter and then again when it reopens for the season. 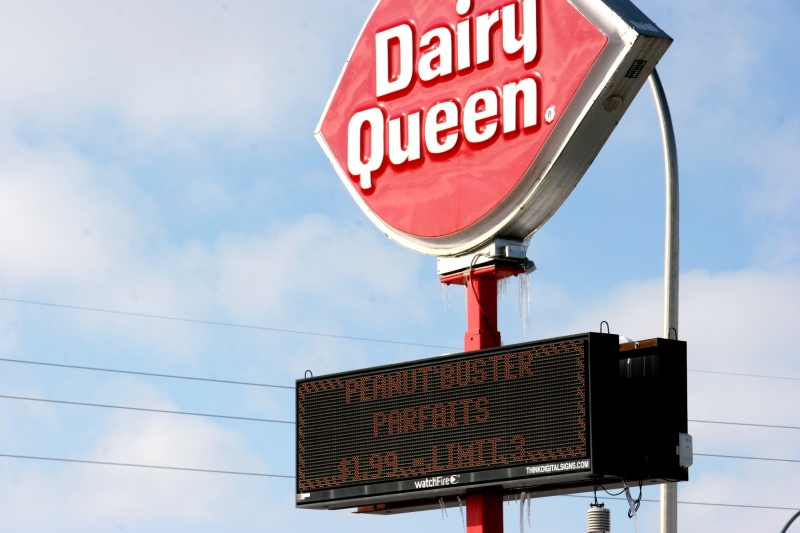 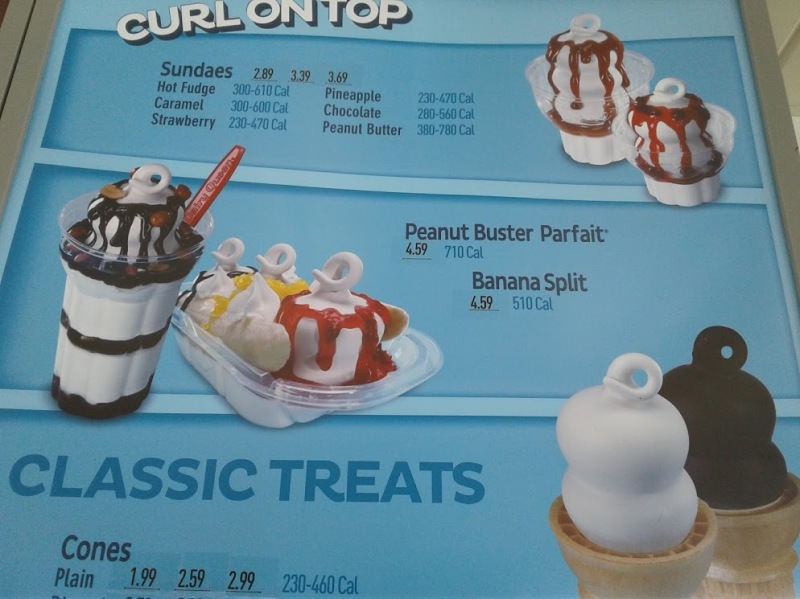 On the last Sunday of February, we headed to the ice cream chain for our $1.99 parfaits. The bargain price of more than half off the $4.59 list price was irresistible. I simply ignore the 710 calories. 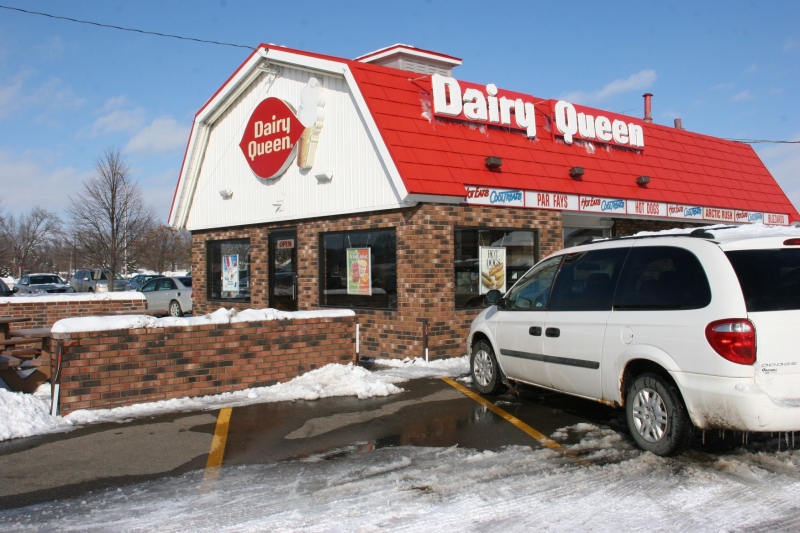 As we pulled into the DQ parking lot, I suggested we sit outside at the concrete picnic tables, just to say we’d eaten our parfaits outside in Minnesota in February. Randy wasn’t falling for my suggestion. “There’s snow on the tables,” he said. Not everywhere, I observed to myself. But he was right. Consuming something cold while sitting on cold concrete, even if to prove a point, wasn’t the brightest idea.

The DQ sign showed a temperature of 30 degrees as we carried our treats outside and to the van. 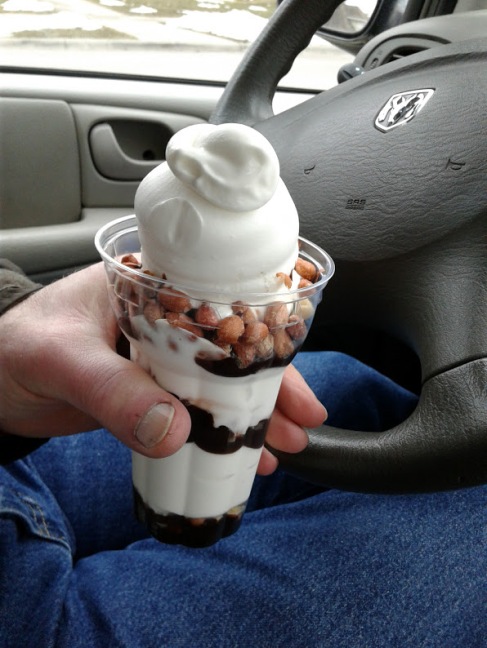 I suggested we head to a park. Not to sit outdoors. But to pretend we could if only the temp was 20 degrees warmer. At a park near our home, we sat in the van and scooped sweet ice cream, salty peanuts and decadent chocolate into our mouths, savoring this first taste of spring in Faribault.

NOTE: To those of you in Minnesota, the Dakotas and Iowa, I know today seems nothing like spring.  I wrote this post and put it in draft prior to Monday’s major winter storm. Just pretend it’s spring. Or head to the DQ.