They ranged in age from two to 84. The same age as my granddaughter and just a few years younger than my mom.

On this evening 50 years ago, the nine died in an F-5 tornado that ravaged the rural farming community of Tracy in my native southwestern Minnesota.

At 7:04 p.m. today, church bells will ring in Tracy, marking the precise time the twister, with wind speeds surpassing 300 mph, roared into town killing those nine residents, injuring 125 and desecrating the landscape. 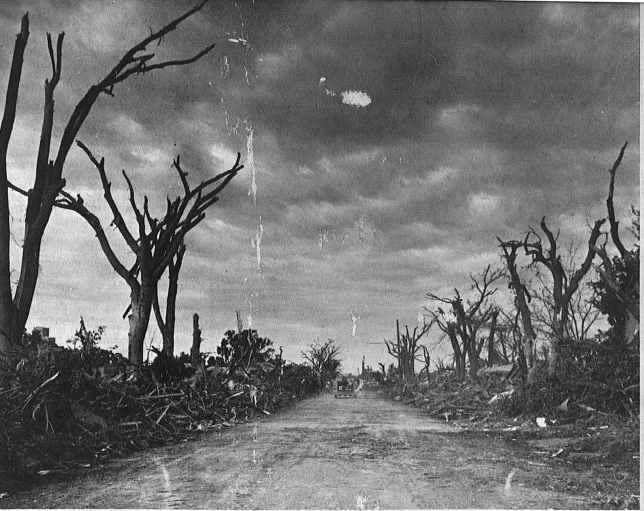 A residential street, once covered in branches and debris, had to be plowed to allow vehicles to pass. Photo by The Tracy Headlight Herald and courtesy of Scott Thoma, Tracy native and author of Out of the Blue, a book about the Tracy tornado.

All these decades later, the visual memories of that devastation still flash before my eyes in twisted, broken trees and piles of jumbled lumber, once homes. I was an impressionable almost 12-year-old when my dad drove our family 25 miles southwest from our farm to Tracy just days after the storm. You don’t forget a scene like that—such utter and chaotic destruction that a place no longer resembles a town. For that reason I’ve always feared and respected tornadoes.

I’ve written many times about the Tracy tornado. I’d encourage you to read those posts by clicking here.

Some of the injured at the Tracy Hospital. Photo by The Tracy Headlight Herald and courtesy of Scott Thoma.

Tracy residents, current and former, remain committed to honoring the memories of those who died in the June 13, 1968, tornado. Last weekend the town held events to commemorate the 50th anniversary. That included tolling of the Lutheran church bell and the release of nine black balloons. A noted Twin Cities meteorologist and storm chaser came to town as did Scott Thoma, hometown boy who authored a book, Out of the Blue, about the tornado. Locals shared tornado stories in words and in photos posted on a memory wall. A Tornado Tree Memorial has long been in place. Selected 2018-2019 Tracy area high school graduates will receive scholarships given in the names of those who died. Monies from the sale of “Never Forget” t-shirts are funding those financial gifts. 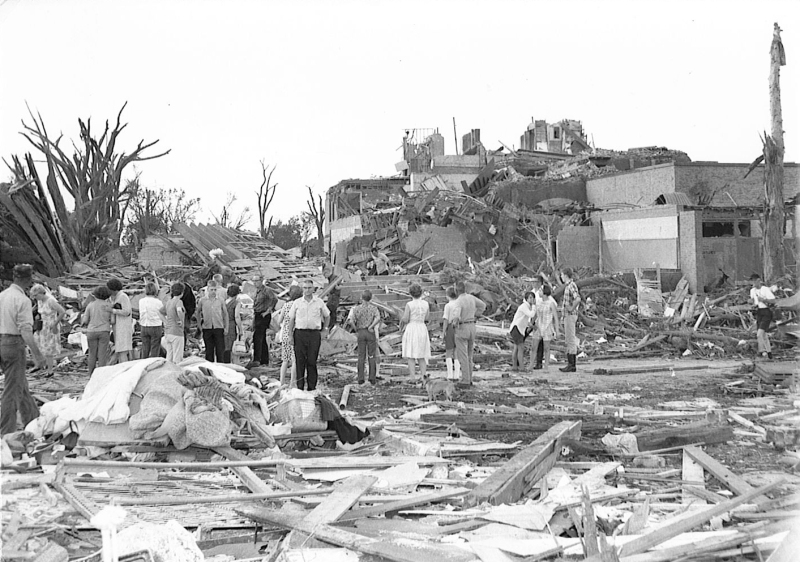 Surveying the destruction at Tracy Elementary School, which was destroyed. Photo by The Tracy Headlight Herald and courtesy of Scott Thoma.

Down in Nashville, Tracy native and award-winning songwriter Dennis Morgan, penned, performed and recorded a song, “The Ballad of the Tracy Tornado, 50 Years Later.” Morgan was just 15 and cleaning a calf pen when he and his family spotted the twister from their farm west of town. They raced to get their father from a field where he was cultivating corn before sheltering in a neighbor’s basement. Morgan sent 300 copies of his ballad CD to his hometown with all sale proceeds designated for the Tracy Fire Department and Ambulance Service. 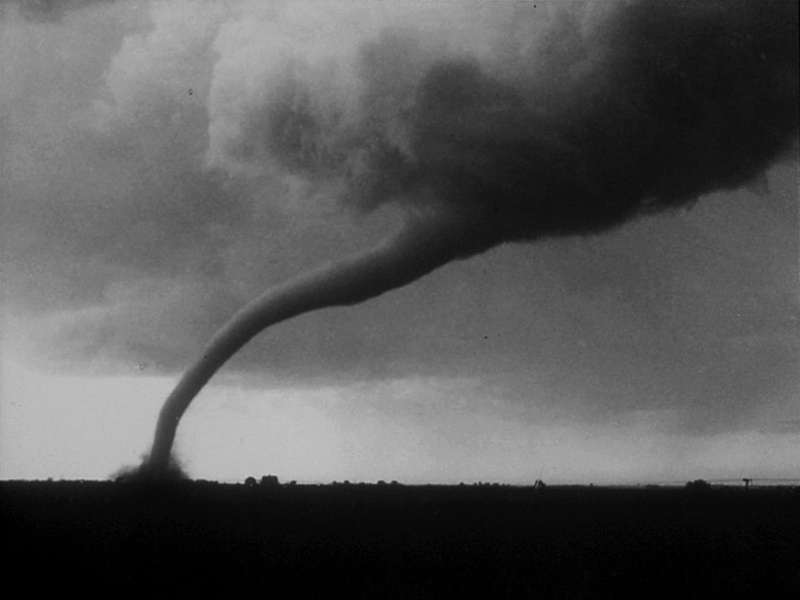 Eric Lantz, 16, of Walnut Grove, shot this award-winning photo of the Tracy tornado as it was leaving town. He often took photos for the Walnut Grove Tribune, owned by his uncle, Everett Lantz. This image by Eric was awarded third place in the 1968 National Newspaper Association contest for best news photo. This copyrighted photo is courtesy of Scott Thoma with the original copyright retained by Eric Lantz.

While researching this post, I also noted an iconic, award-winning tornado photo on the City of Tracy website. The image was taken by then 16-year-old Eric Lantz for the Walnut Grove Tribune. Today that photo takes me back to this small town on the prairie as, at 7:04 pm 50 years later, I schedule this post to publish. I shall never forget…