It’s all about stories in Faribault’s new branding campaign April 4, 2019 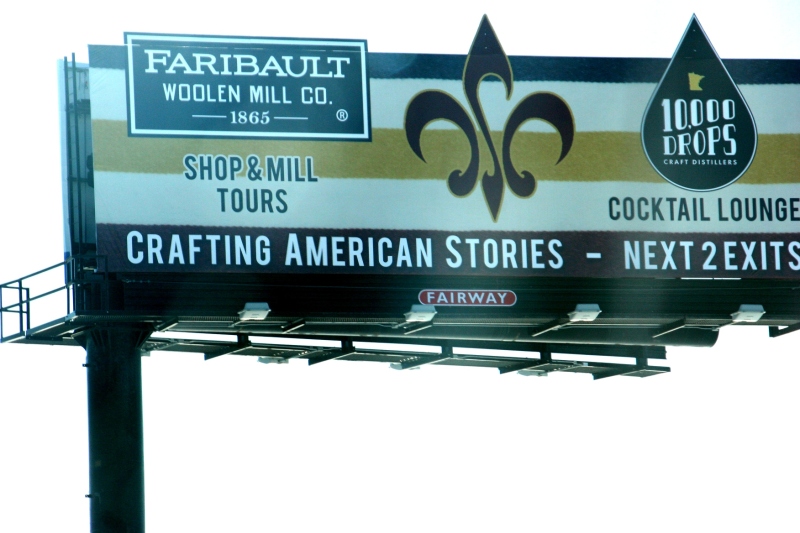 I CONSIDER MYSELF a storyteller, using images and words to share stories. Storytelling resonates with people, connects with them, builds a sense of community. 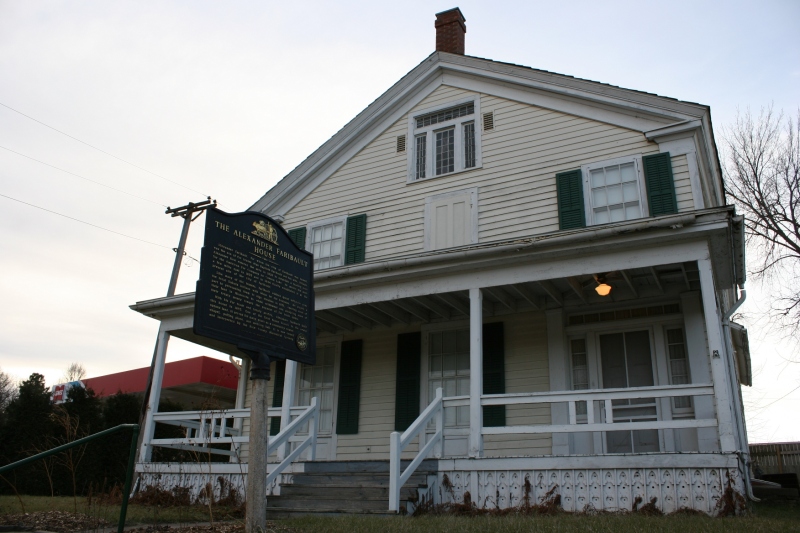 Now my community of Faribault is embracing the same storytelling concept through a new branding campaign themed as American Stories. A collaboration of the Faribault Main Street Design Committee and the City of Faribault, including the park and rec department, this storytelling approach seems a good fit for my southern Minnesota city. We truly are a place of stories—from past to present. 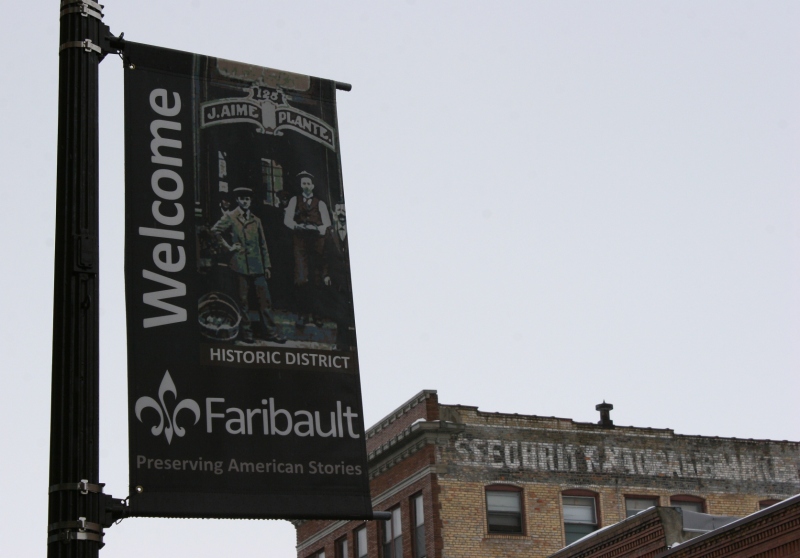 The first in a series of banners to be placed throughout Faribault includes this one photographed outside the Paradise Center for the Arts. The historic Security National Bank building backdrops this image. See the end of this post for more details.

Already, this American Stories theme has launched on the Faribault tourism website, on a billboard along Interstate 35 near Faribault and in banners hung throughout the downtown historic district. We truly have a gem of a downtown with many well-preserved historic buildings. Now Preserving American Stories banners flag this historic area. 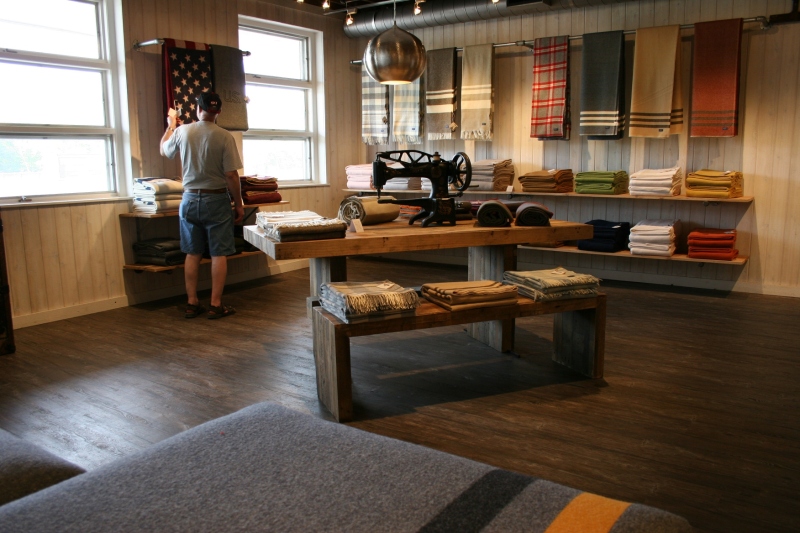 A photo I took inside the Faribault Woolen Mill retail store several years ago after the mill reopened. Minnesota Prairie Roots file photo. 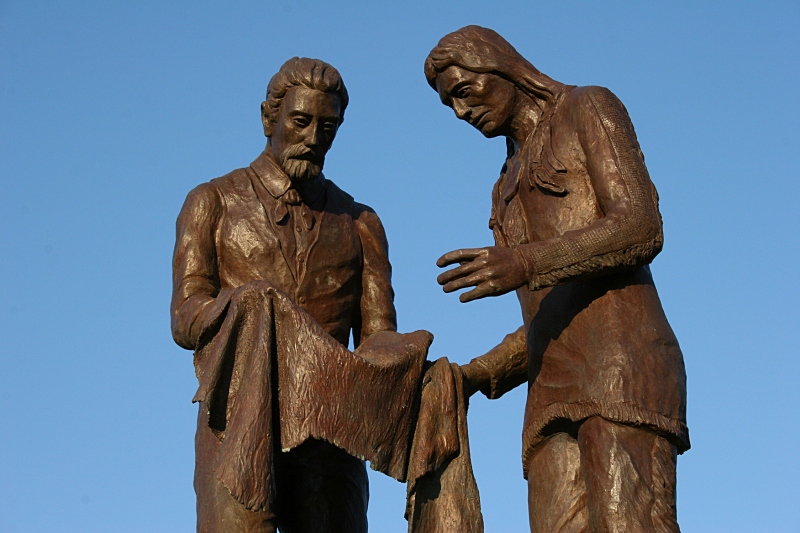 This sculpture of Alexander Faribault trading with a Dakota trading partner stands in Faribault’s Heritage Park near the Straight River and site of Faribault’s trading post. Faribault artist Ivan Whillock created this sculpture which sits atop a fountain known as the Bea Duncan Memorial Fountain. Minnesota Prairie Roots file photo.

Says Nygaard: “America is often described as a melting pot, and Faribault has always had diversity with Alexander Faribault himself being part First Nations. We have a beautiful downtown, great industry, a wide array of educational options, and plenty of fun ways to experience the outdoors and fun events.” 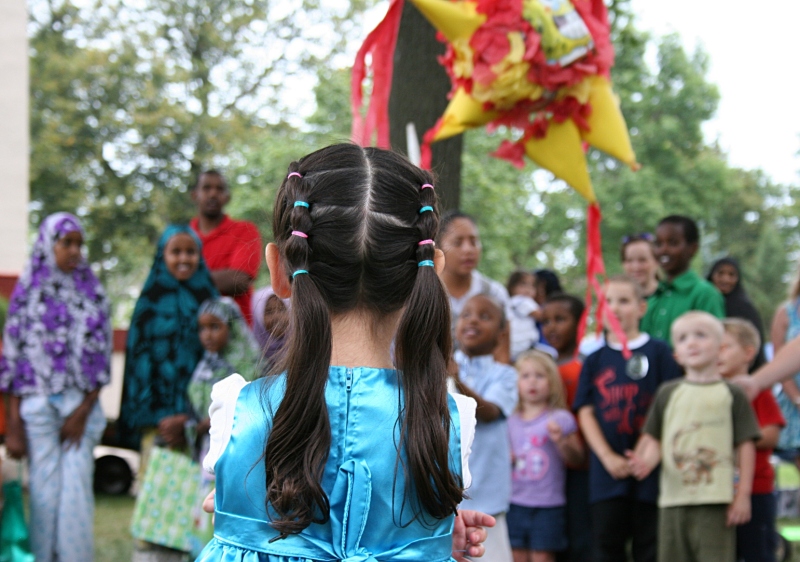 One of my all-time favorite photos taken at the 2012 International Festival in Faribault shows the diversity of Faribault as children gather to break a pinata. Minnesota Prairie Roots file photo 2012.

I agree. This stories theme not only portrays the many unique aspects of Faribault, but it creates a sense of identity. And, I hope it also instills in locals a sense of pride in this place we call home. Individually and together we are Faribault’s stories. 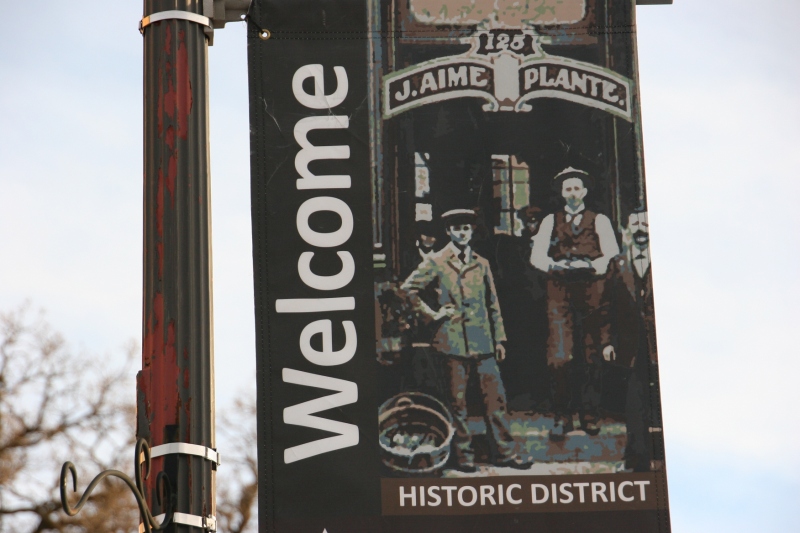 A close-up of the banner posted outside Buckham Memorial Library.

ABOUT THAT Preserving American Stories banner. The banner photo features the then Plante Grocery on Third Street which “offered customers a wide variety of household products and foods in baskets, barrels and boxes,” according to info on the Faribault Heritage Preservation Commission website. 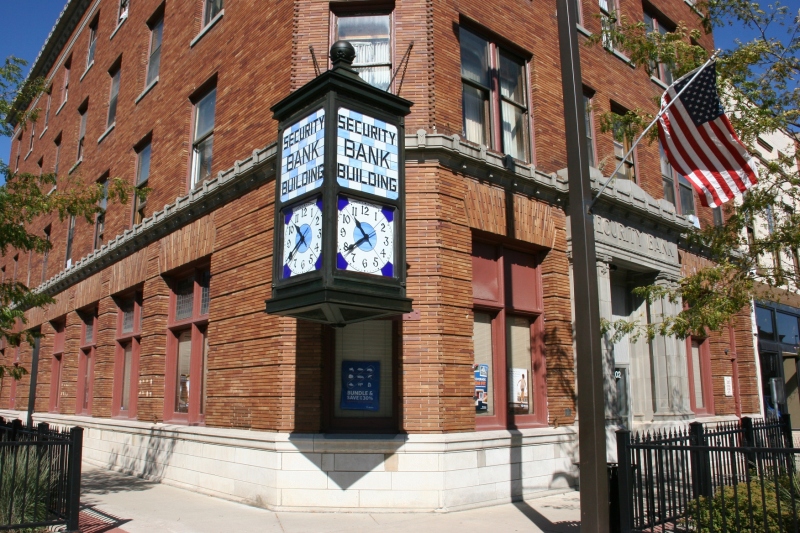 In my photo of the banner, you will see the top of the 1870 National Security Bank building. The HPC website provides this additional information about the historic structure:  “A Classical Revival-style brick facade covers a stone structure constructed originally by mercantile entrepreneur F.A. Theopold. The building was leased by Security Bank in 1899. The bank eventually purchased the building, and a fourth story was added in 1914, possibly the same year that brick was used to radically alter the structure’s appearance.”