From Faribault: There are no limitations with art March 15, 2017

AS A CHILD, I hooked nylon loops onto a pegged plastic square then wove more loops the other direction to shape a potholder.

My potholders were rather useless given their minimal size and synthetic material. But still, I gifted many aunts with potholders on their birthdays and they graciously thanked me.

I never pursued weaving beyond that childhood obsession, although I was convinced that some day I would weave rag rugs like my Uncle Bob. A long retired Minneapolis police officer, he learned the craft from his mother and has given me many sturdy rugs for my home.

As a child, I admired Helen Keller. I still do. I often wondered what it would be like to be deaf and blind as she was and to overcome those disabilities with such determination. After suffering a sudden sensory hearing loss in my right ear six years ago, I understand partial deafness. But to be blind, that stretches my imagination.

With that background, I was especially drawn to a section of the Student Art Exhibit at the Paradise Center for the Arts in Faribault. It features SAORI weaving, free-style hand-weaving that originated in Japan. Minnesota State Academy for the Blind students created the woven art under the guidance of artist-in-residence Chiaki O’Brien. 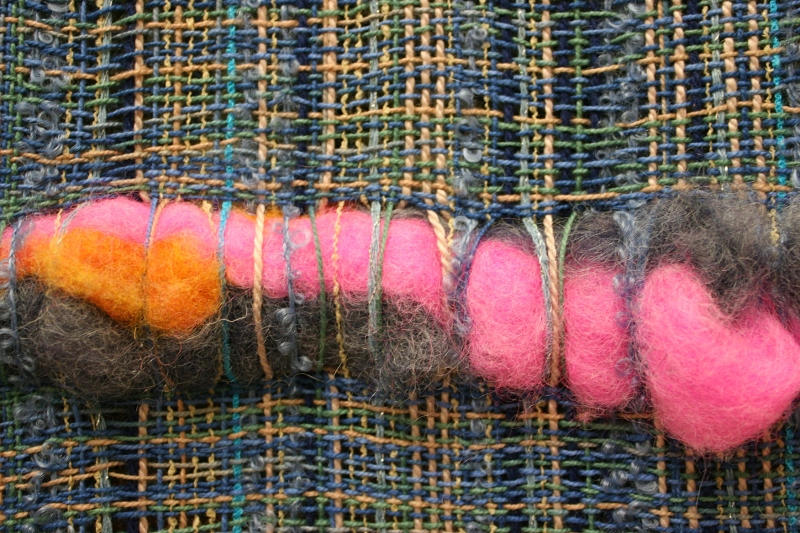 I expect the texture of the materials makes this craft especially appealing to those with limited or no vision. Their other senses, including the sense of touch, are heightened.

I think then back to Helen Keller and how her devoted teacher, Anne Sullivan, spelled w-a-t-e-r into Helen’s hand as water rushed over it.

I wonder then how the hands-on teaching of Chiaki O’Brien affected visually-impaired students at the Minnesota Academy as they saw with their hands that they could create art. What a gift.

FYI: The Student Art Exhibit, featuring artwork from nine Faribault schools, runs through April 1 on the second floor of the Paradise Center for the Arts in downtown Faribault.

This concludes my recent series of stories on current exhibits at the Paradise Center for the Arts in Faribault.