MY MOM WAS ONLY nine years old when the Japanese attacked Pearl Harbor 69 years ago today.

I asked her about this shortly after 9/11.

She shared how frightened she was because, in her small world and for all she knew, Hawaii was as close as a few towns away from her Minnesota home.

Imagine how terrifying the attack must have been for children, and adults, in a world where communication was not instantaneous. 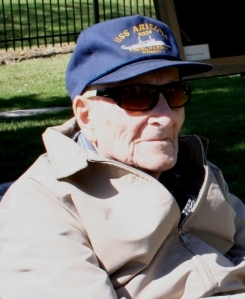 EVERY DAY THE NUMBER of WW II veterans dwindles. And with the deaths of these former soldiers, a bit of our living history dies too. Some of their stories will never be told for many cannot speak of the horrors of war. Others share their stories only with family members and/or their brothers in arms.

I am fortunate to have met one particular WW II veteran about a year ago. He is 92-year-old Rhody Yule, a truly remarkable man. Rhody, while small in stature, is big in heart. He possesses humbleness, strength of spirit, a sharp mind and gentleness of character that we should all emulate. I cannot say enough good things about my friend.

Rhody’s military experience included serving in Nagasaki, Japan, cleaning up after the atomic bomb. He won’t say much about his time there, calling the situation “a mess.” Clearly, he saw more than anyone should ever witness.

I asked Rhody once about the possibility of radiation exposure. He had to do what he had to do, he told me.

I’ve seen photos my soldier-friend brought home from Japan. The utter obliteration of the landscape can only be compared to the most powerful and devastating storm times 100 or maybe 1,000.

Rhody, who is a former sign painter and an artist, created a trio of sketches from his time in Japan. The public will have an opportunity to see those during an upcoming exhibit at the Paradise Center for the Arts in Faribault.

One of Rhody's sketches from Japan during WW II. In the bottom right, you will see an opening into a cave, where Rhody said the Japanese worked on military machining projects. 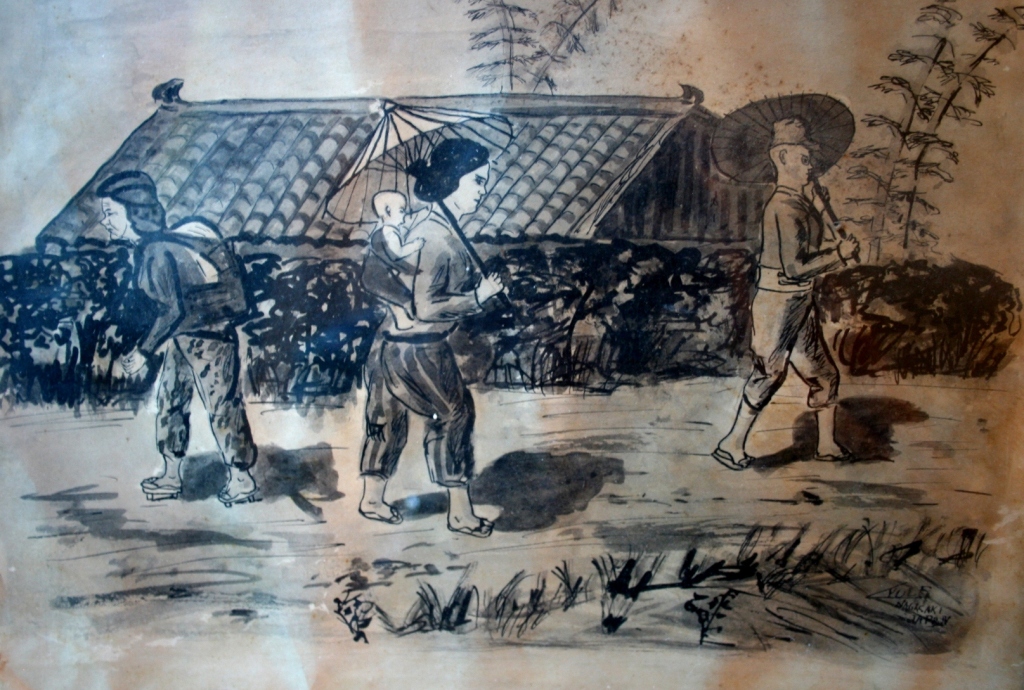 Another one of the three sketches Rhody did while stationed in Japan during WW II.

I, along with many others, have been working for the past several months to make this show, “A Lifetime of Art, The Rhody Yule Collection,” a reality. The exhibit opens with a reception from 5 p.m. – 7 p.m. on Friday, January 14, and closes on February 26.

In addition to the Nagasaki sketches and many other pieces of art, Rhody is showing a painting he did on a piece of old tent canvas while stationed in Nome, Alaska. He had no other material on which to paint the 1944 circa image of snowplows clearing snow from the military runway. Imagine the history on that piece of canvas, the stories held within the threads of that fabric.

WE ALL HAVE STORIES to tell. Today, the anniversary of the bombing of Pearl Harbor, let us hear the stories of those who remember this day that shall forever live in infamy. And more importantly, let us listen.