Loving the settings & beer at these greater Minnesota breweries July 14, 2017 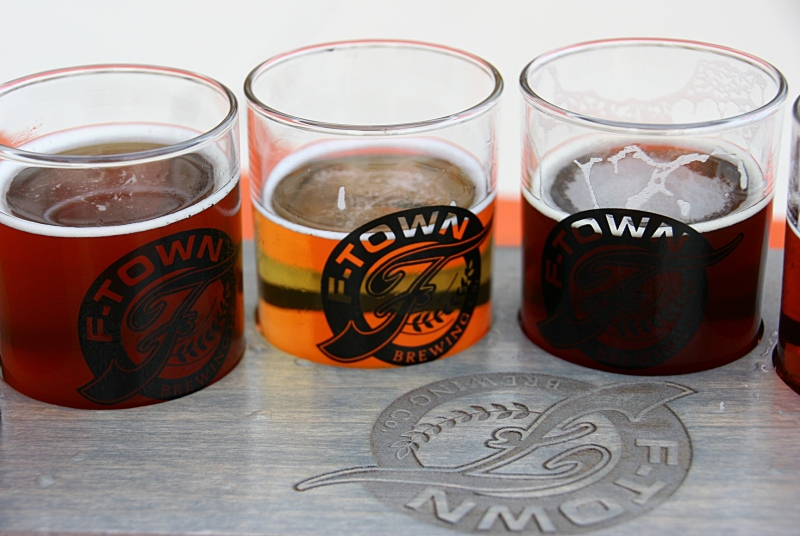 A flight of craft beer from F-Town Brewing in my community of Faribault. Minnesota Prairie Roots file photo.

FIVE YEARS AGO if anyone had suggested I would drink (and like) craft beer, I would have laughed. I was only the occasional have-a-beer-with-your-pizza or on a hot summer evening type of beer drinker. And at that, I drank whatever mass produced beer the husband had stocked in the fridge.

How my tastes have changed. I can no longer drink beer that flows by the gallons into bottles or cans inside a sprawling factory. Those beers taste like water to me. Rather, I’ve become a beer snob, preferring hoppy IPAs crafted at small breweries.

I’ll be the first to tell you my preference for craft beer developed over time as an acquired taste. But once acquired, I was hooked, enough so that I, along with my husband, seek out craft breweries. These specialty businesses are an experience, not just a place to try new beers. 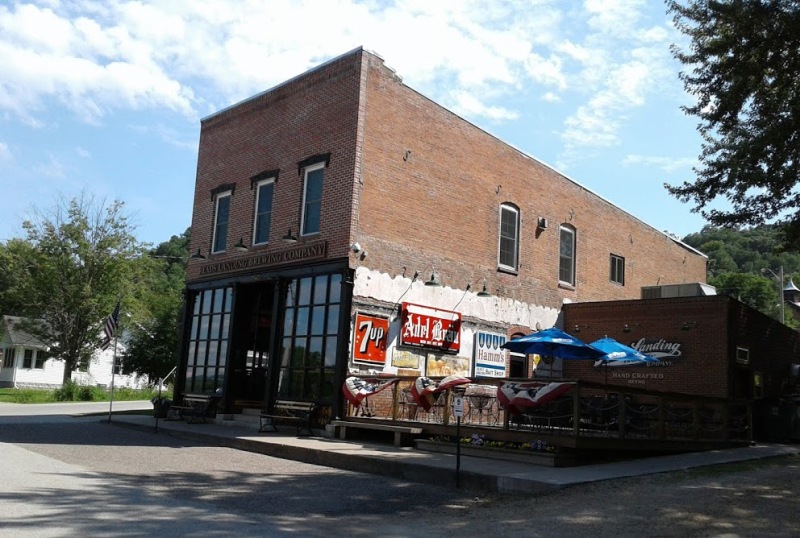 Two recent road trips took us to Reads Landing Brewing Company (between Lake City and Wabasha) and to Imminent Brewing Company. They are distinctly different breweries, but both with excellent beer. And I don’t say that about every craft beer.

We almost missed the Reads Landing establishment in the same named unincorporated community along U.S. Highway 61 in southeastern Minnesota. The brewery sits at the base of a hillside, a train track away from the Mississippi River. Housed inside an historic 1870 former dry goods store, the setting hearkens to bygone days. As an appreciator of old buildings, I delighted in the location and the wide window view of the Mississippi. 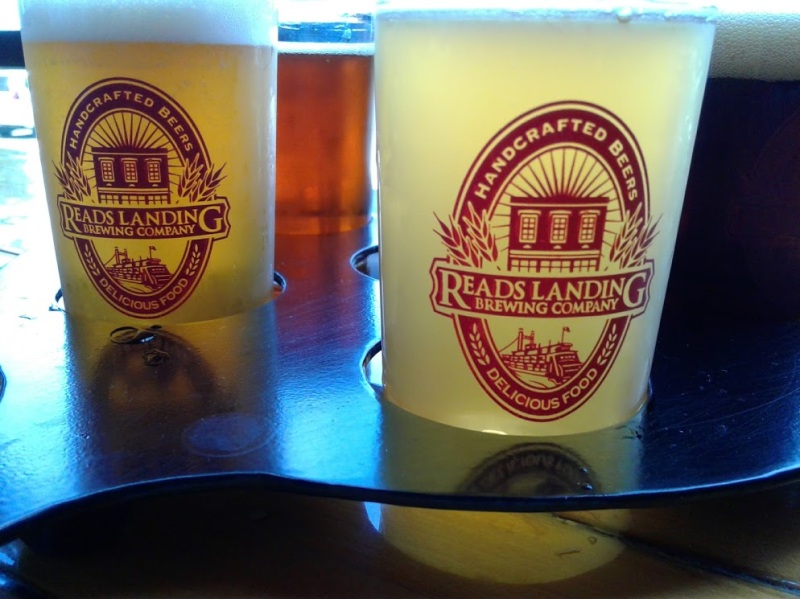 Randy and I shared a sampler flight of Reads Landing beer.

With the exception of slow service on a weekday afternoon when the place wasn’t overly busy, I rate Reads Landing Brewing highly. Randy and I settled onto high chairs at the front window for a perfect view of the river and a slow moving train. Then we waited and waited until the bartender/waiter finally got off the phone, noticed us and then made excuses for his lack of attention. Thankfully, the house-made beers in the sampler flight and accompanying Bavarian Style Soft Pretzel Sticks with homemade beer cheese and mustard dipping sauces compensated for the inattention and left us with a mostly good impression of this brewpub.

Of special note is the Cap’n Amber beer, a beer into which Cap’n Crunch cereal is incorporated in the mash. All of the beers were to our liking; we’d recommend this beer and brewery. 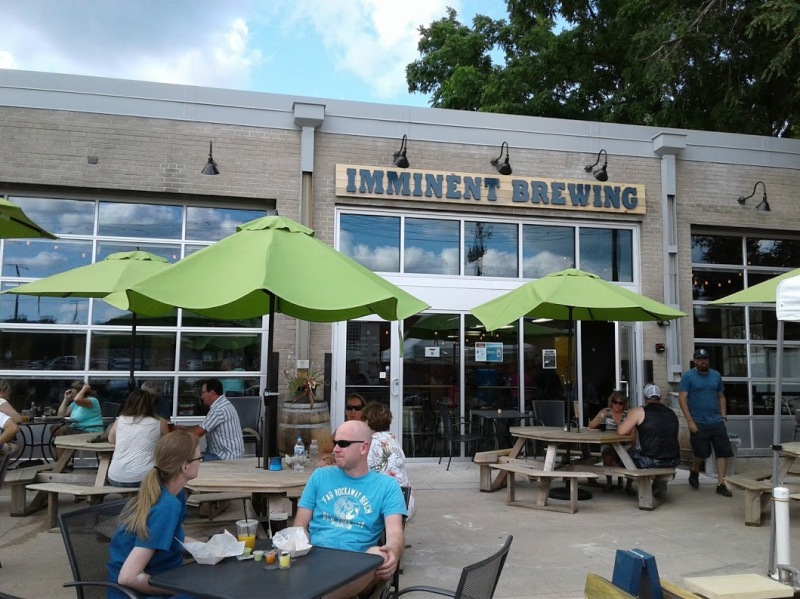 The patio outside Imminent Brewing Company in Northfield, Minnesota.

Farther inland to the north and east in the riverside college town of Northfield, we checked out the recently-opened Imminent Brewing. I love this place, declaring to Randy that this was my absolute favorite brewery. Located in a former National Guard Armory garage, the brewery has an industrial look and a welcoming vibe. There’s just something about this place that seems particularly comfortable for anyone from a blue collar worker to a college professor.

The brewery also features an expansive patio. And, bonus, food trucks. On this particular weekday evening, Randy and I enjoyed arepas from Noris Cuisine. We didn’t stick around for the live music.

We shared a flight sampler of simply superb craft beers. We’ll be back, given the location some 15 miles from our home.

And we’ll be checking out Tanzenwald, the other new brewery in Northfield, sometime soon.

TELL ME: Do you drink craft beer and/or visit craft breweries? Share your favorites.