Mounds of squash for sale at George Denn's roadside market.

BY GEORGE, that George is a mighty trusting fellow.

When you pull up to George’s roadside spread northeast of Mankato by Wita Lake next to his farm, he’s nowhere to be seen. That’s where the word “trust” factors into his Hey by George! business.

The Christian pumpkin farmer-writer relies on his customers’ honesty to simply deposit their payments in a secure metal box attached to the side of an old truck. Signage directs shoppers to “PAY ON OTHER SIDE” or to “PAY HERE.”

Apparently the system works. Or, if it doesn’t always work, perhaps George figures his business can survive a few stolen pumpkins, gourds or squash among the thousands he’s displayed.

If anyone happens to take one of George’s $14.99 inspirational books or some of his produce without paying, he/she may want to turn to page 35 in Hey By George!.

George reveals that he’s not only mighty trusting, but he’s also mighty forgiving.

You pay on the honor system, depositing your money into a box attached to the side of this old truck.

The money goes here, in this secured box, as directed.

If you can't find the perfect pumpkin here, then you probably won't find one anywhere.

A kitschy sign lists the price for corn shocks. 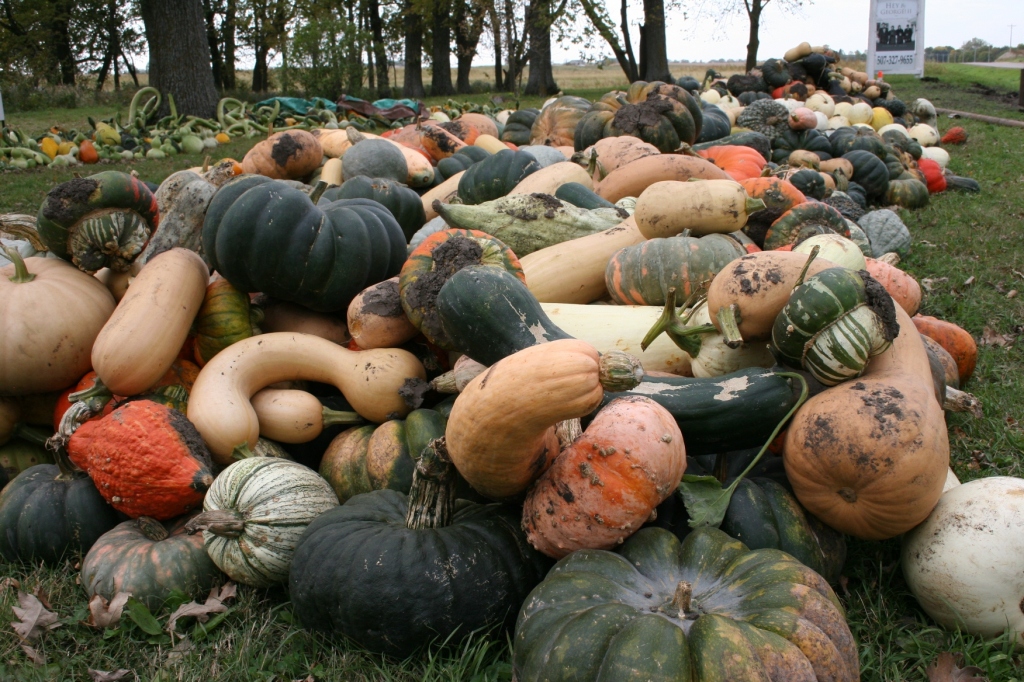 Piles of squash for purchase.

A close-up of the bumpy squash at Hey by George!

Heaps of squash at Hey by George! 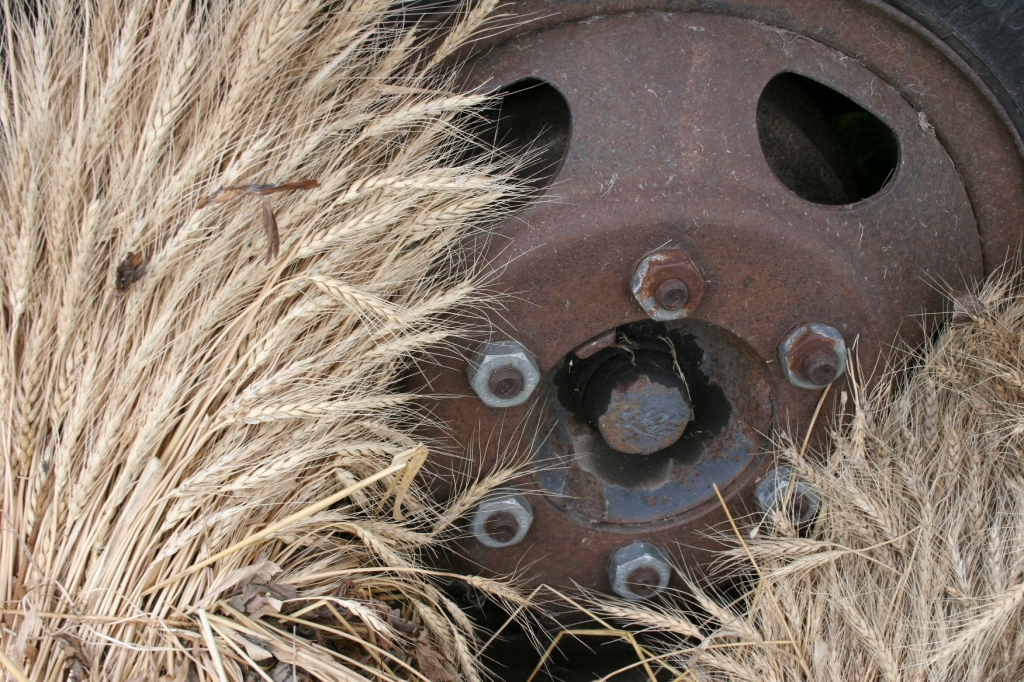 Wispy wheat makes an artful display beside the wheel of the old truck.

Colorful squash next to the old truck are for sale.

Jars of wheat are among the offerings at George's roadside market.

George Denn's two books, Hey By George! and Hey By George II, are tucked into plastic boxes and are also sold on the honor system.