Remembering the children as Minnesota prepares for spring floods February 23, 2011

SOMETIMES WE FORGET, in the jumble of quotes and information, to see a certain human, deeply personal, side of a news story.

Today, thanks to Katie Shones of Hammond, I’m bringing you a child’s perspective on the devastating flood that engulfed her southeastern Minnesota community of 230 during a September 2010 flash flood. I met Katie shortly after the flood.

The disaster was a terrifying ordeal for Hammond residents, who are still reeling in the aftermath. Many have not yet returned to their homes. Some won’t.

Now, as the focus in Minnesota shifts to predicted record spring flooding, as officials prepare for the highest river levels since the 1960s, as crews begin filling sandbags in areas along the Red River, this seems the right moment to let Katie speak—about her children.

But first a little background. Katie and her husband, Scott, live on the east side of Hammond, which is divided by the Zumbro River. The river flows just across Main Street, the highway and the park from the Shones’ home. Floodwaters came within feet—feet—of their house, lapping at their front door. 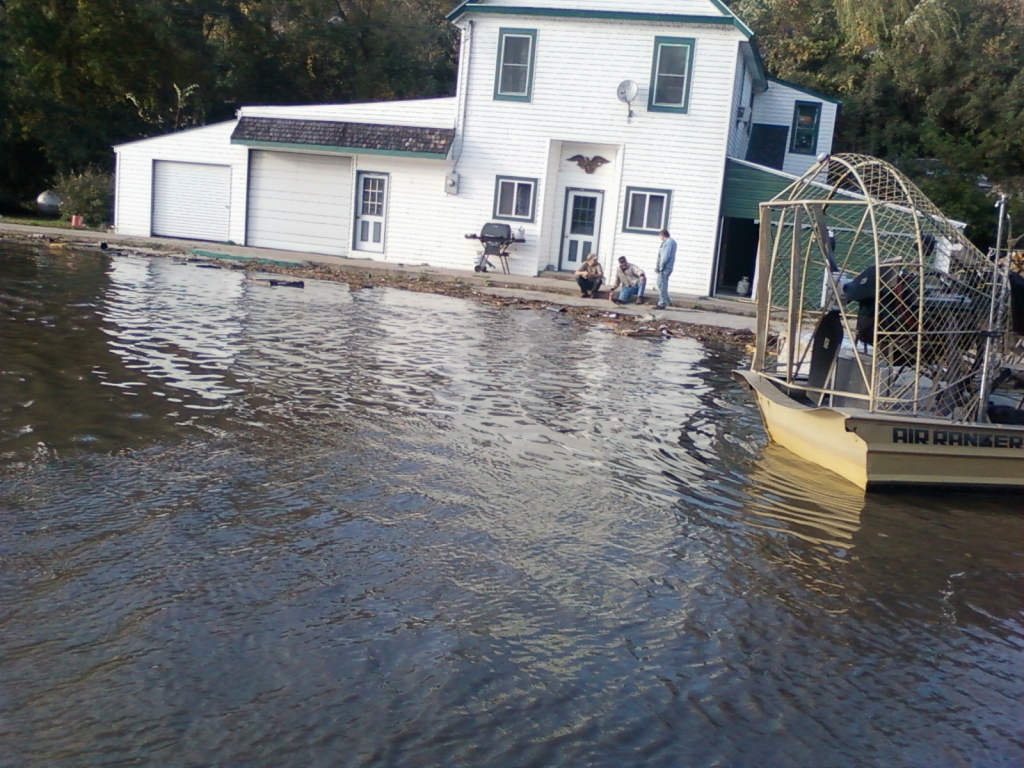 The home of Katie and Scott Shones and their children, photographed by Hammond resident Gene Reckmann during the September 2010 flood. Their house was spared, by mere feet.

Katie isn’t too worried about flooding this spring. Yet, she’s concerned enough to have a plan. If the Zumbro River rises like it did last fall, she and Scott will haul sand and gravel from a local quarry and build a bank to protect their home. They also have a relocation plan in place.

Their 11-year-old daughter, Rebekah, is ready too. “Ever the resourceful and prepared child she is, she has two bags jam-packed with stuff underneath her bed just in case we have to leave on a moment’s notice due to floodwaters,” Katie says.

This mother’s words break my heart. No child should have to worry about a flood.

But the depth to which the Hammond flood has impacted Rebekah and her 9-year-old brother Jerome reaches beyond concerns about a future flood. “The September flood has affected them more deeply than I had ever imagined,” Katie tells me. “Bekah still occasionally cries out in her sleep, ‘Daddy, Daddy, help me.’ When I ask her what is wrong, she mumbles things about the flood. She never fully wakes up, but I do believe she is having nightmares about that day.”

As a mother, simply reading this brings me to tears. I can only imagine how Katie and Scott feel when they hear their daughter cry out for help in her sleep.

“Jerome has seen the flooding in Australia on the news and is very worried that it will spread to Hammond,” Katie continues. “I have tried to reassure my kids that if it ever gets as bad as it did last fall, we will leave long before it reaches our place and go to Grandma Merle’s (my mother’s farm). The farm is located just two miles from our home, but is on the limestone bluffs above the Zumbro River.”

With so many Hammond residents forced from town and many still not back in their homes, Katie says her children are also without many playmates. “…there never were many children in the area their ages to play with, but now there are only four kids in Hammond left for them to play with.”

That said, the absence of their playmates serves as a daily reminder to Rebekah and Jerome of the floodwaters which ravaged their town and came terrifyingly close to flooding their home.

As Minnesotans physically prepare for the floodwaters that are certain to inundate communities and homes, I hope river town residents are also preparing psychologically, specifically remembering the children like Rebekah and Jerome. 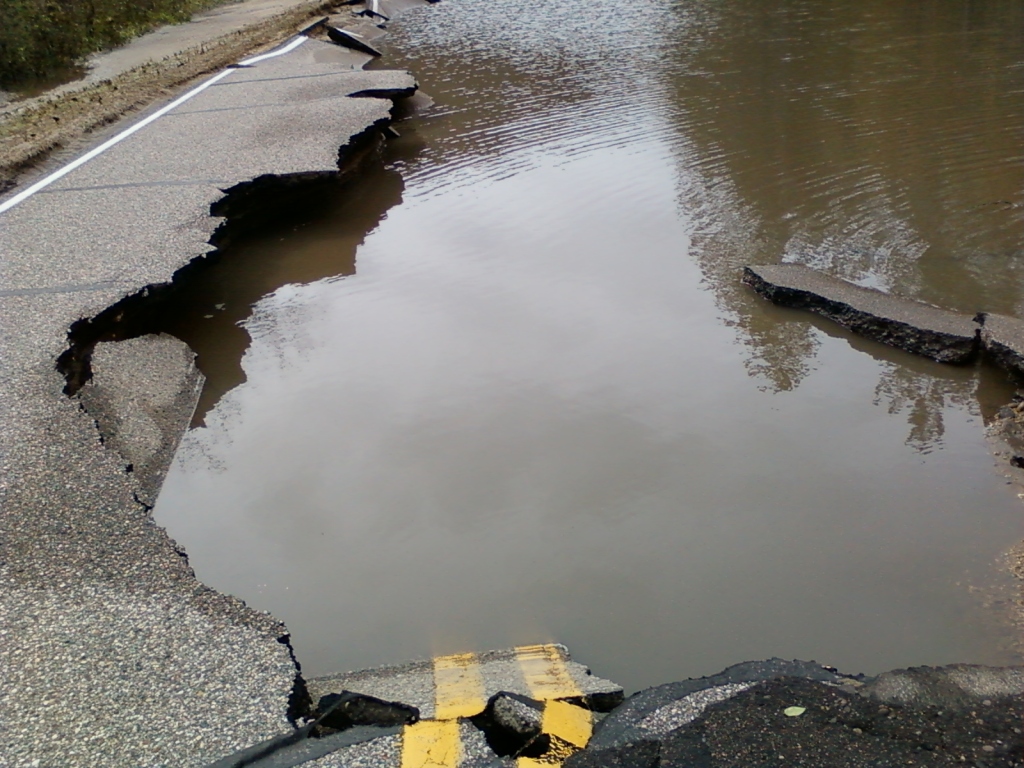 Floodwaters destroyed this portion of Wabasha County Road 11, the river road which runs from Hammond to Jarrett. Gene Reckmann photographed this section of the roadway just outside of Hammond.

THANK YOU, Katie, for allowing me to share your deeply personal story. Thank you also to Gene Reckmann of Hammond for the photos posted here.

READERS, IF YOU have not read my series of posts and photos about the September flood in Hammond and neighboring Zumbro Falls, check my Minnesota Prairie Roots archives for stories published during the week of October 11, 2010.