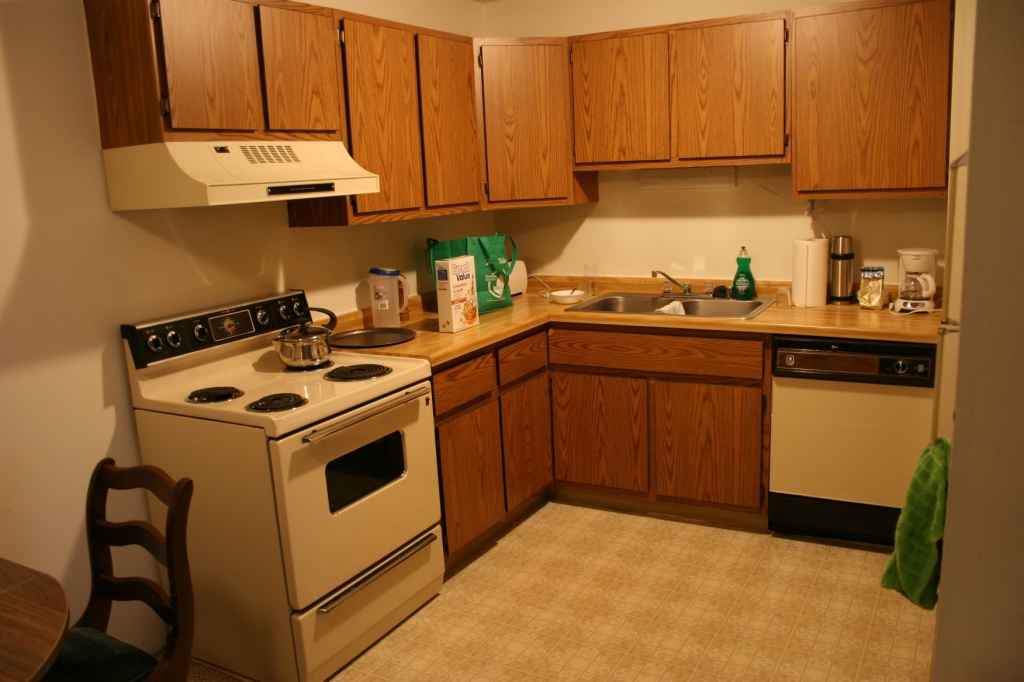 In December we helped move my second daughter into an apartment as she started her first post-college job.

ONCE UPON A TIME, like 15 to 20, maybe even seven, years ago, I dreaded my kids graduating from high school, leaving for college and then eventually landing jobs. It would mean they no longer needed me and I could barely stand the thought of their absence.

But since then, since the two oldest followed the path of degrees, jobs and their own apartments, I’ve changed my attitude.

I rather like the lessening of parental responsibility that comes with their independence. It’s freeing. Not that I don’t worry about them; I still do. But it’s different now when they can basically fend for themselves. 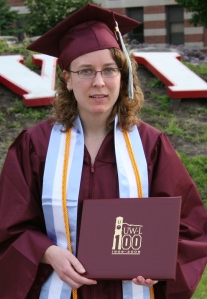 With that frame of mind, I recently visited my second oldest daughter in eastern Wisconsin, where she started work in December as a Spanish medical interpreter. Her first post-college job. Her first apartment of her own. She’d officially grown up.

I would have preferred that she settle closer to her hometown of Faribault instead of 300 miles away. But I’ve reminded myself many times that at least she’s in the U.S., within easy driving distance, and not in Argentina.

Nothing against Argentina. My daughter studied abroad in Buenos Aires and later returned for an internship. But I didn’t want her settling there, 6,000 miles away. I feared she might. Live there. Permanently.

That said, I have only myself to blame for the wanderlust spirits my 23-year-old and 25-year-old daughters possess. Because I grew up on a southwestern Minnesota dairy and crop farm, I seldom traveled as a child—once to Duluth and once to The Black Hills. I wanted my children to travel. I didn’t want them to be like me—someone who prefers, as my dad would have said, “to see the smoke from the chimney.”

And so I let them go, first as young children, to bible camp. Then, in high school, my eldest took her first out-of-state spring break mission trip to Texas. More mission and church and school trips followed as step by step by step they stretched their travel wings.

Then, during my eldest daughter’s freshman year of college, she signed up for a mission trip that took her to Paraguay. Heck, I had to dig out the globe to locate that country which borders Argentina, Brazil and Bolivia. I panicked, regretting for more than a few days my decision to raise children who enjoyed traveling.

Later, when my daughter journeyed to Costa Rica for a brief study sojourn, I barely gave her trip a second thought.

I could handle those short trips.

But then one summer the eldest worked in West Virginia and she was definitely gone for more than 10 days.

That, thankfully, prepared me for her sister’s decision to study abroad and do mission work in Argentina for six months and then return a second time for an internship.

Through the years, I’ve watched that desire to travel, to see the world, become an integral part of my daughters’ lives. The oldest one, who lives and works in the metro, is always plotting her next adventure.

The daughter who lives in Wisconsin will need to chisel away at her college loans and save some money before she can travel again. Right now she earns barely enough to pay the bills. But the time will come when she can resume traveling. 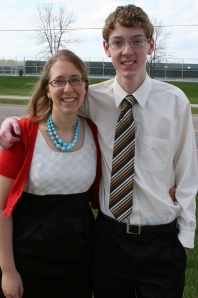 My oldest daughter and my son.

ALL OF THIS BRINGS ME back full circle to the first paragraph in this post, the one about lamenting my children growing up and leaving home. In a year my 17-year-old graduates from high school. He doesn’t know yet where he’ll attend college—whether close or far away. Life could take him anywhere.

Like his sisters, I won’t hold him back, won’t stop him from pursuing his dreams, from traveling to far away places. I’ve already let him go—to Spain on a Spanish class trip. That wasn’t easy, not easy at all, to allow my boy to journey so far at the age of 16.

But his sisters have blazed the way, have shown me that I can handle this part of parenting and handle it with grace. I’ve raised them all to be strong, independent and fearless individuals.

I’m beginning to enjoy this stage of life, with fewer parental responsibilities and new types of relationships forming with my adult children. I’m confident I’ve done my best as a parent, although best certainly isn’t perfect.

Now it’s time, almost, to move on, to continue supporting and encouraging my 17-year-old son as he transitions into adulthood and to always support my daughters, holding all three of them forever close, yet letting them go.