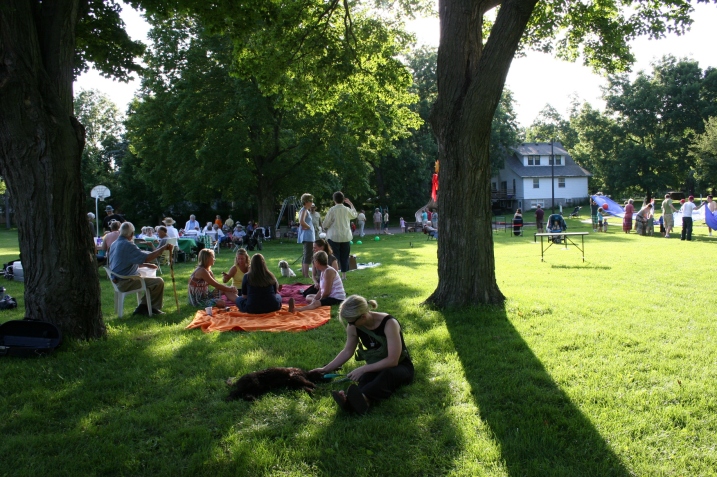 WHEN YOU VIEW THIS SCENE, what do you see?

A bunch of people in a park on a summer evening, right?

A procession of celebrants parade toward a center area where a maypole will be placed and dancing will follow.

Here’s another photo from the same park, same June Sunday evening. But this is different. You notice flags and other festive details in what appears to be an organized parade.

And you would be right. Both photos were taken at the annual Scandinavian Midsommar celebration at Way Park in Northfield and hosted by Friends of Way Park, the Northfield Swedish Club and Sons of Norway. That second image shows a parade leading up to dancing around a maypole.

It’s easy, when a mass of people gather like this, to miss the details. But it is the details which define our lives, our personalities, our days, or celebrations.

I looked for those details at Northfield’s Midsommar fest and, as always, delight in sharing my photographic observations with you.

I’d encourage you, always, to see and appreciate the details in life whether you’re Scandinavian, German, Latino or any heritage in between.

The Norwegian flag had a prominent place in the parade.

It took several good men to carry the maypole to the center of the festivities.

Lola, who is 100 percent Swedish, brought a mug from her ancestral home of Branas, filled it with coffee and munched on Krumkake (a Swedish sweet treat). Branas is a well-known ski area.

Weaving wreaths from willow and flowers proved a popular activity.

Seven-year-old Jordyn, who is part Scandinavian, part German, posed for photos after finishing her floral wreath.

Bella, 10, tries on the wreath she just crafted. 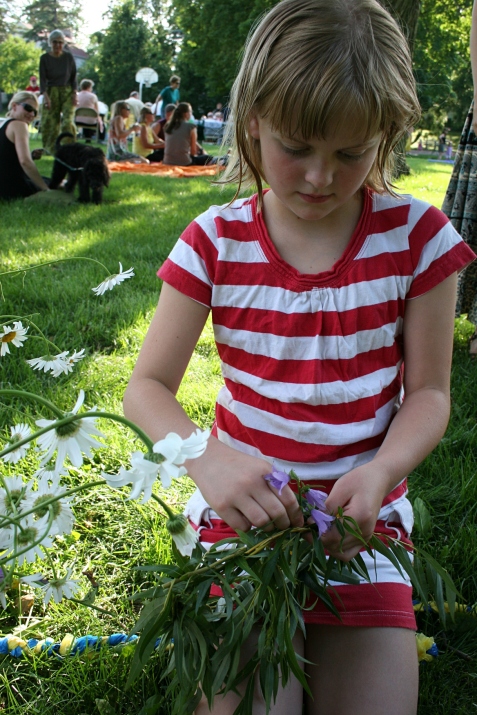 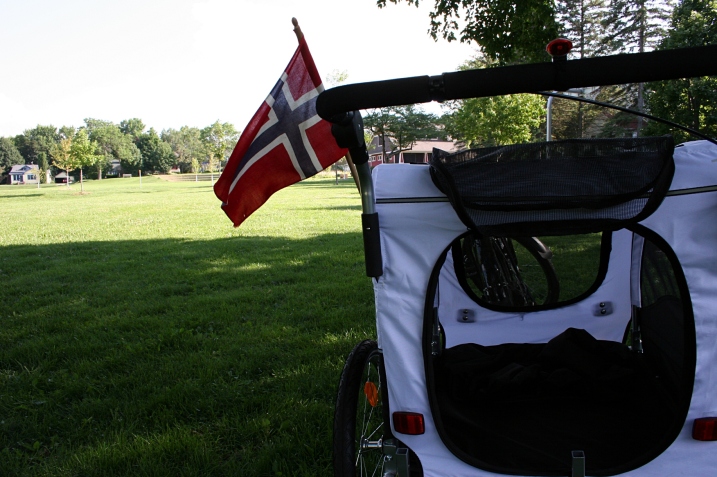 They arrived by bike and foot and in vehicles, proud of their heritage, as noted by this Norwegian flag on a bike trailer.

Even the old-fashioned wooden folding chairs had a Scandinavian connection. They were, I was informed, the chairs upon which attendees of the early St. Olaf College (a Northfiled college with a Norwegian heritage) Christmas concerts sat.

Wreaths and Midsommar, for all ages.