In less than three weeks you finish your spring semester classes at North Dakota State University in Fargo. 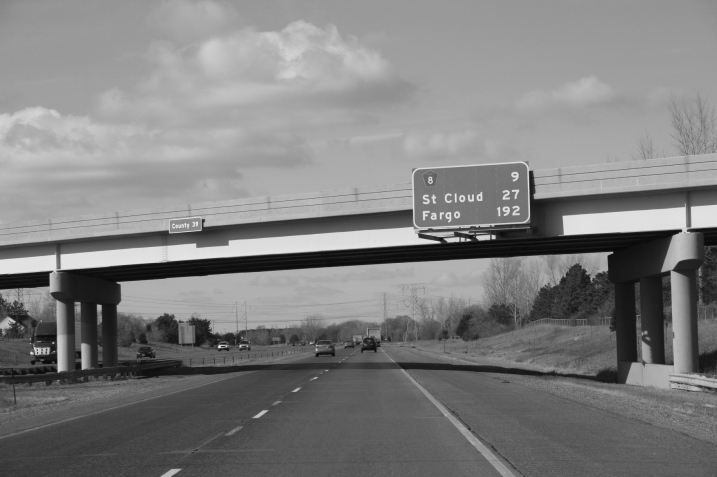 Traveling Interstate 94 on our way to Fargo with hours to go. File photo.

Your dad and I are wondering whether we should come by dog sled or boat to retrieve you and your belongings once we cross the border into North Dakota. What would you suggest?

I’ll admit that, with the continuing snowfall in Fargo, I’m beginning to wonder if your winter will ever end. Kind of like here in southern Minnesota. 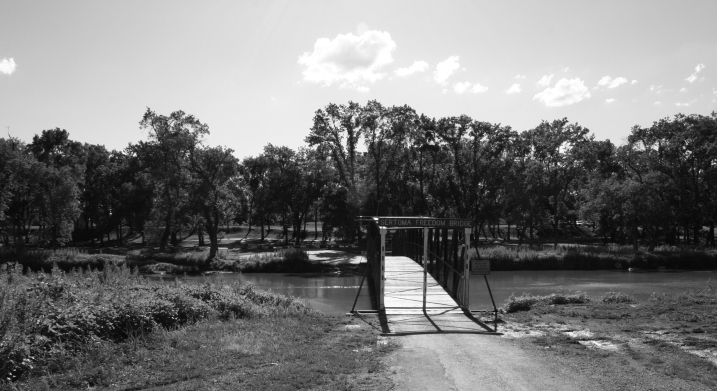 The placid and narrow Red River photographed from Lindenwood Park in Fargo, June 2012.

And, I’m quite concerned about flooding of the Red River. Everything I read or hear seems to indicate record high water levels.

I viewed a computer simulated graphic of the Red at 42 feet.  (Click here.)  I know NDSU isn’t by the river, but the graphic shows the campus close to an area protected by levees and near areas which could be affected by back up of flood waters through the sewer system. I know, I know, nothing to worry about, right?

I suppose I just have to trust that Fargo officials have the situation under control. I read on the City of Fargo website that Sandbag Central has reopened and that levees will be built to 43 feet, protecting to a river level of 41 feet with two feet of “freeboard,” whatever that means. 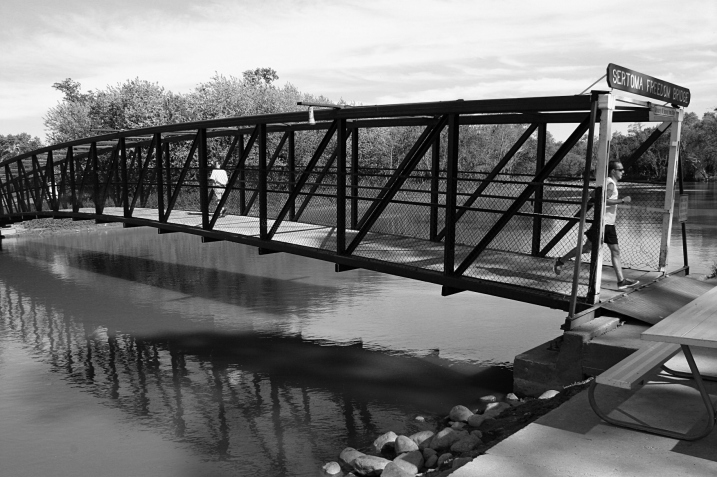 The Sertoma Freedom Bridge over the Red River, linking Lindenwood Park in Fargo and Gooseberry Mound Park in Moorhead. File photo from June 2012.

It’s difficult to imagine, after seeing the Red last summer, how this river could flood into a raging and destructive force. Remember when we walked across that foot bridge over the Red linking Minnesota and North Dakota? I recall not being at all impressed with the size of the river. 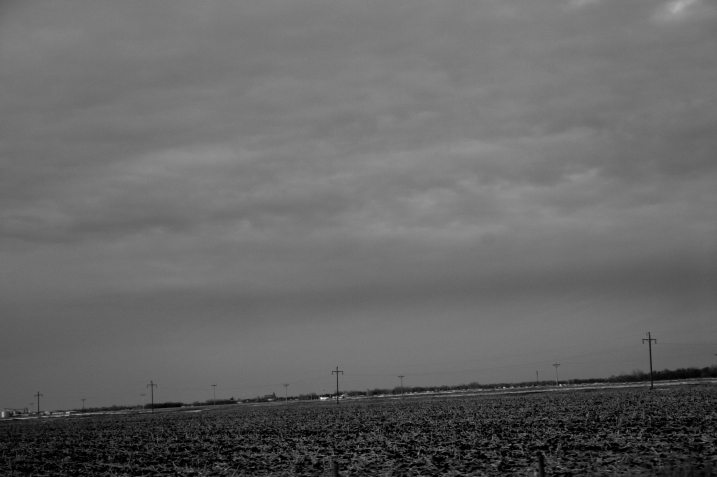 The flat landscape near Fargo, on the Minnesota side. File photo from February 2012.

But when I consider the flat landscape in and around Fargo, flatter even than the prairie where I grew up (you know, that place you term “the middle of nowhere”), I understand. I compare the flooding of Fargo to spilling a glass of milk onto a table. The milk runs everywhere.

Anyway, when you have time between classes, could you drop me a line and advise?

P.S.  Does Interstate 94, which spans the Red River between Moorhead and Fargo, remain open if the Red floods?

UPDATE: According to information posted at 4:09 p.m. April 23 on the NDSU website, there are “no foreseen threats to the NDSU campus.” The university has a response team in place and continues to monitor the projected Red River level reports and attend meetings with the Fargo City Commission. Click here to read the flood-related statement posted on the NDSU website.