YOU WOULD THINK, considering I am a native of southwestern Minnesota, that I would have visited Blue Mounds State Park many times.

But I hadn’t, ever, and it has been on my list of must-see places for the past several years. That and the Brandenburg Gallery in Luverne, four miles to the south. That would be Jim Brandenburg, perhaps Minnesota’s best-known nature photographer. He grew up in rural Luverne, near the South Dakota border.

Hundreds of windmills now define this region of southwestern Minnesota.

Recently my husband and I traveled to this corner of Minnesota specifically to see these two sites. It was well worth the long drive that took us through many small agricultural communities, past acres and acres of cropland, and past hundreds of wind turbines which define so much of the landscape in this region now. While I understand their energy value, these unnatural giants, in my opinion, have ruined the aesthetics of the prairie. I like my prairie big, open and wide, without monstrosities to detract from its natural beauty. 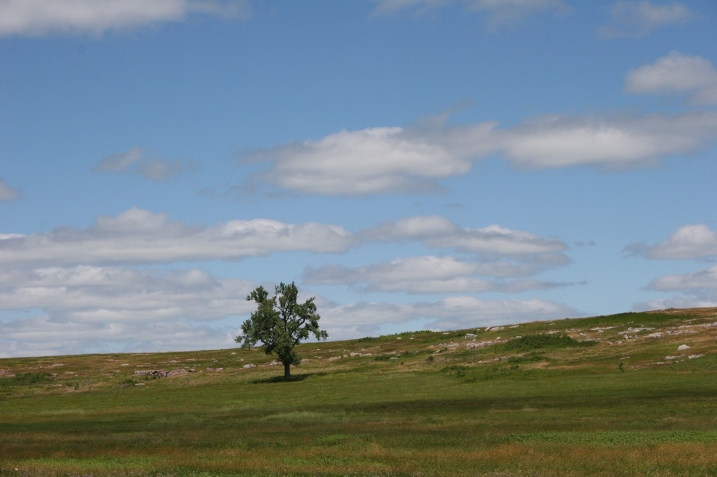 Thankfully, preserved and protected prairie remains in places like Blue Mounds State Park and nearby Touch the Sky Prairie and in Brandenburg’s images. 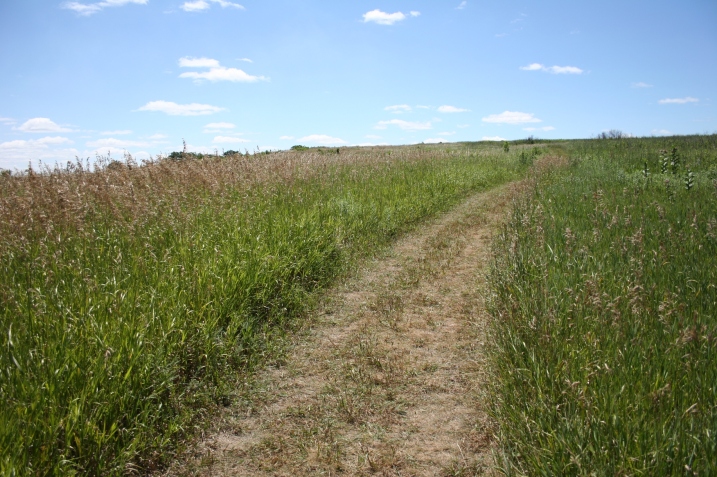 Hiking the path up and through the prairie grass.

On the Saturday we hiked Blue Mounds, strong winds buffeted the land, bending prairie grasses as we climbed a hillside, 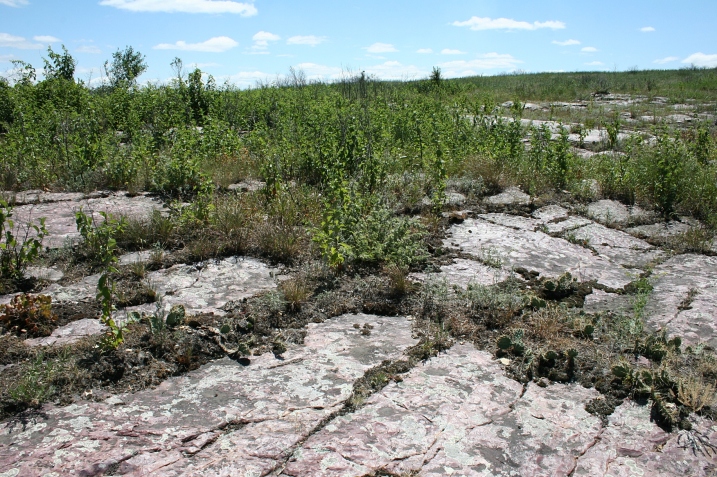 Mounds of flat rock naturally planted upon the prairie.

A close-up shot of that in-ground flat rock.

examined and walked upon clumps of huge rock,

My husband inside the portion of the park where rock was once quarried. 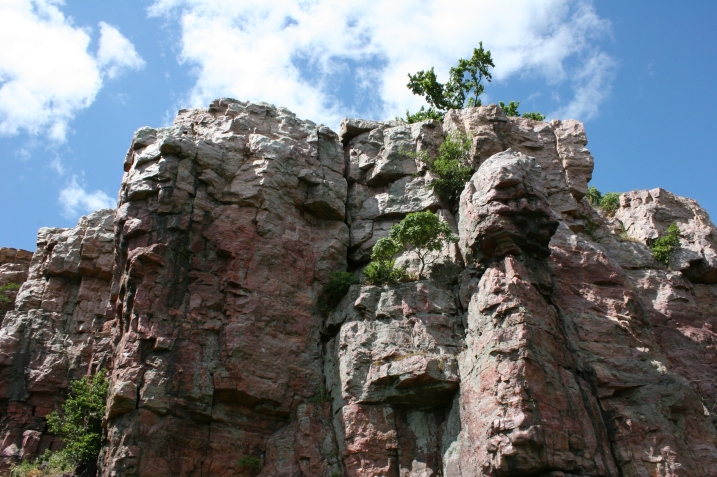 The prickly pear cactus seemingly grows right out of the rock.

bent low to study the prickly pear cactus, an unexpected plant in this northern climate. In the distance, we glimpsed the park’s herd of bison.

One example of the many prairie wildflowers.

Look at the size of that Sioux quartzite rock compared to my husband.

Just inside the park entry, I spotted this couple getting wedding photos taken among the prairie grasses and wildflowers.

I stopped more often than not to photograph wildflowers and the prairie grass and rocks and the overall scenery in this stunning spot on the prairie, unlike any I’ve ever viewed in Minnesota.

From a gravel road that loops past the park, I photographed this rugged rock line.

This prairie differs from the flat, cropped agricultural prairie of my youth. This prairie rolls and rises and meets the sky and feels wild and rugged and untamed. I almost expected to see horses galloping across the land, like a scene out of a western. It has that feel.

Pasture land near the park for these grazing sheep. Note the tufts of wool clinging to the fence.

I observed sheep and cattle grazing in an abundance of rocky pastures nestled between corn and soybean fields. And from the hilltops, the land seemed to stretch in to forever in all directions. 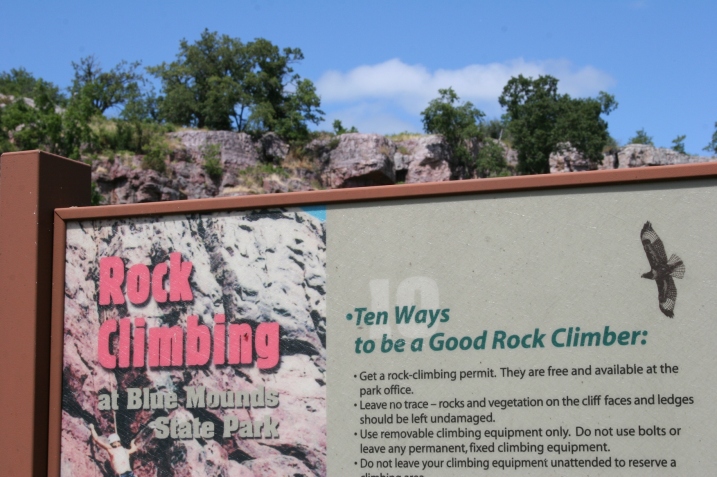 No rock climbing for us, but if you’re a rock climber, Blue Mounds allows this sport.

Photographing wildflowers is more my type of “sport.” That proved a challenge in the wind. 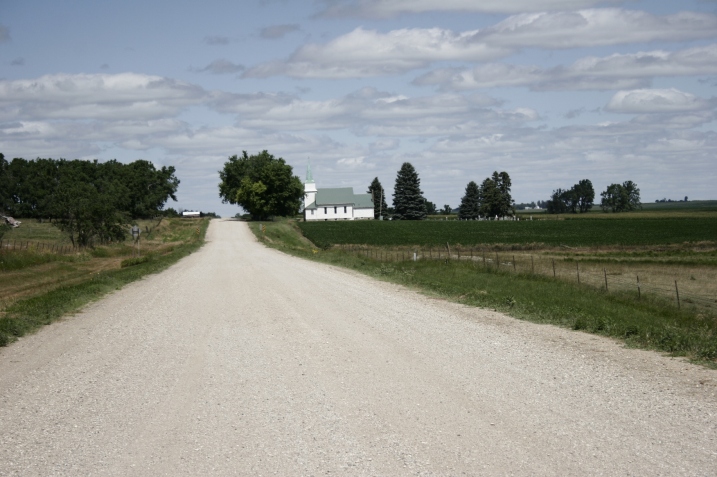 We followed this gravel road around the park and past a country church in the distance.

Sheep graze in a pasture near the country church.

And because I value detail, I set my camera on a rock on the prairie and took this shot.

CHECK BACK for more posts from this region of Minnesota. I’ll take you into Luverne to view the Brandenburg Gallery and other points of interest.