Delighting in ice cream shops, yes, even in winter January 21, 2016 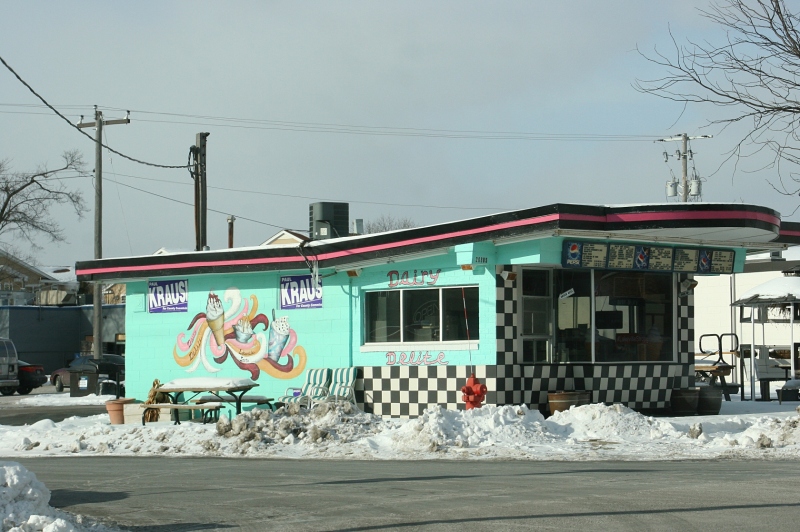 Dairy Delite in Lakeville, photographed on a frigid Saturday afternoon in January.

IF I WAS TO CONDUCT a survey on Minnesotans’ consumption of ice cream, I expect the numbers would plummet in months like January and soar during the hot days of July. Makes sense considering the temperature.

My desire for ice cream drops considerably in winter. I’m cold enough without feeding more cold into my body. But not always.

Just the other night I craved not ice cream, but fro yo. I remember when my eldest daughter first mentioned fro yo probably five-plus years ago. The frozen treat was just trending in southern Minnesota. I had no idea what she was talking about. Eventually fro yo reached Faribault with the opening of Berry Blast in 2013. The business recently closed. I never got there.

In Faribault, Dairy Queen reigns with two shops within a short distance of one another. I like Dairy Queen. But if I get a treat there once a year, that’s about it. And then it’s only if I have a coupon to discount the high prices.

I’ve never been a chain restaurant fan. I much prefer locally-grown businesses with character, uniqueness and charm. Like the Dairy Delite, recently photographed in Lakeville. It’s closed for the season, has been since October, and will reopen in April.

I wish we had a quaint stand-alone nostalgic ice cream place like Dairy Delite in Faribault. Visitors look for such signature sites to purchase treats in the heat of a humid summer day. Locals appreciate these mom-and-pop ice cream shops, too. Here’s a thought—combine an ice cream place with promotion of the Tilt-A-Whirl, an Americana amusement ride which originated in Faribault. Just dreamin’ here in the midst of winter…

Tell me about your favorite original ice cream shop.

34 Responses to “Delighting in ice cream shops, yes, even in winter”