The things you learn about Minnesota prisons while on the road October 25, 2017 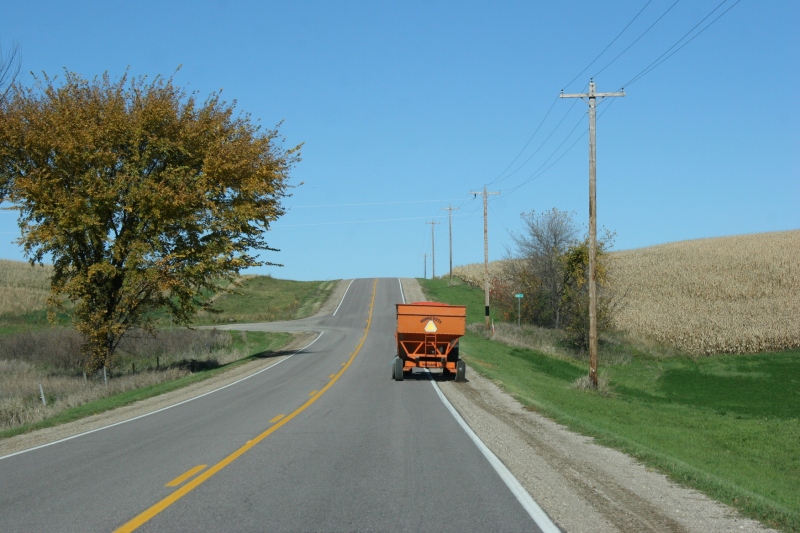 ONCE UPON A TIME, beginning in the late 1870s, inmates at the Minnesota Correctional Facility, Stillwater, built agricultural equipment. Through the years they crafted threshing machines, hay rakes, barge wagons, manure spreaders and more.

This proved news to me. But Randy noted that as we followed a tractor pulling a gravity box along LeSueur County Road 13 on Sunday afternoon. He pegged the wagon as 1970s vintage prisoner made.

Today inmates within Minnesota’s correctional system—including right here in my community of Faribault—produce products through the prison system’s MINNCOR Industries. Those range from residential and office furniture to clothing to printed materials to cabinetry and more.

When I visit my local library, I can sit on inmate built easy chairs or loveseats, some upholstered in knock-knock joke fabric with this favorite prisoner joke:

How do prisoners make phone calls? 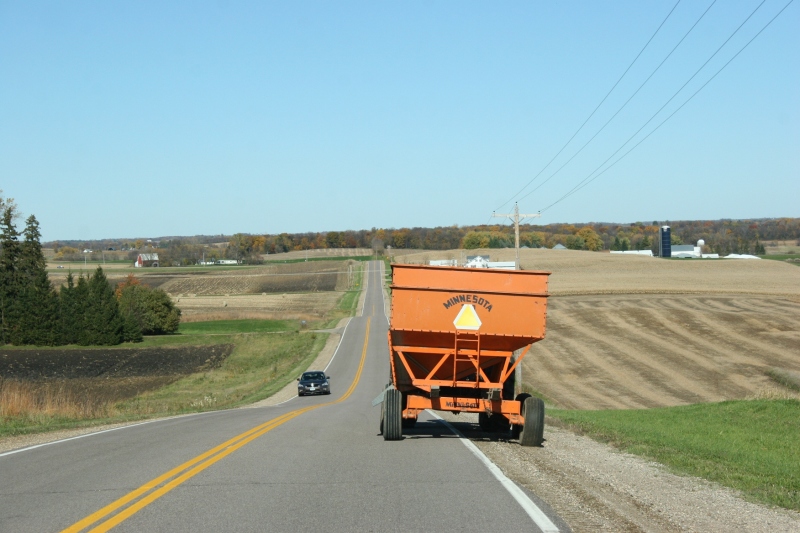 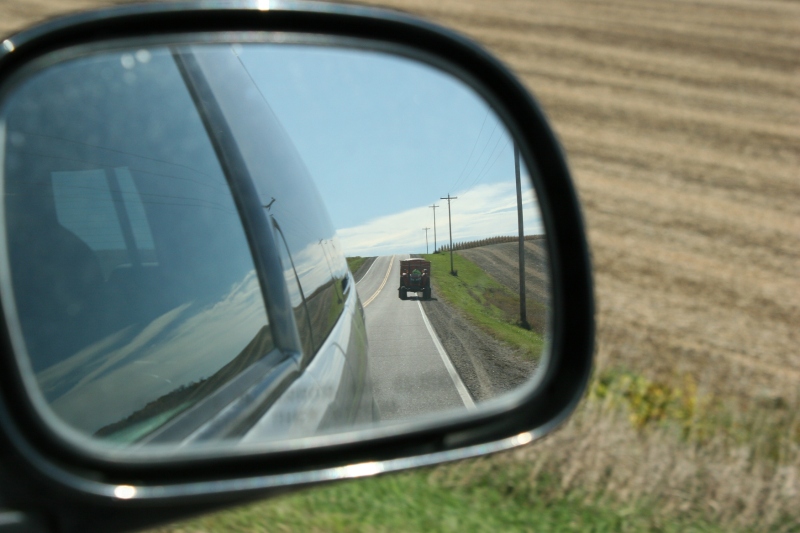 as time passes in the rearview mirror of prison life.