In Minnesota: When a football team brings a state together January 21, 2018

I photographed this billboard along the northbound lane of Interstate 35 near Lakeville. Kwik Trip is headquartered in LaCrosse, Wisconsin, with many convenience stores in southern Minnesota.

EIGHT DAYS AGO, I couldn’t have identified a single Minnesota Vikings player. But this morning, only hours from the NFC championship game and one week after the Vikes’ stunning win over the New Orleans Saints, I know the names Stefon Diggs and Case Keenum. 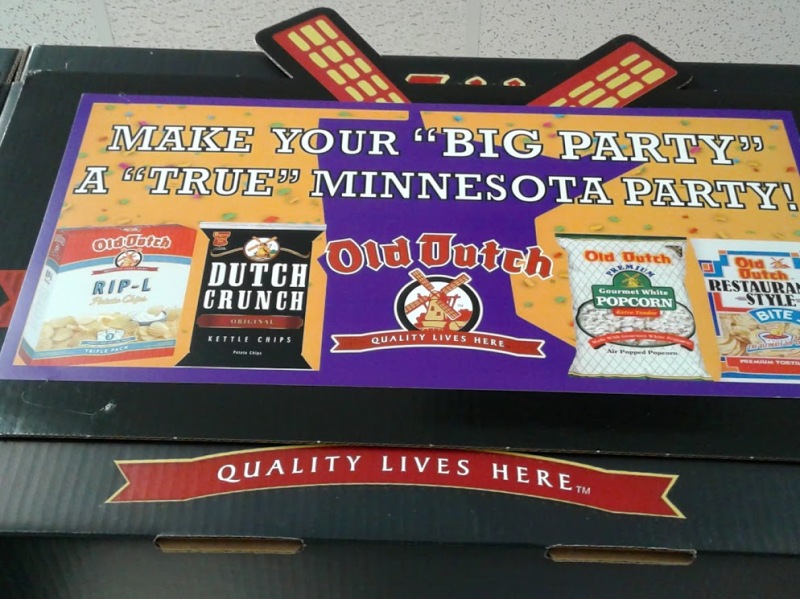 The “true Minnesota” reference refers to Old Dutch, started in St. Paul in 1934 and still based in Minnesota, in Roseville. Photographed at Fareway Foods, Faribault.

And I know something else. This state has come together in a way I haven’t seen in a long long time. We needed the Minneapolis Miracle. We needed a reason to celebrate that stretches far beyond simply winning a football game. We needed this win to bring us all together during an incredibly divisive time in our country.

At Fareway Foods in Faribault, the push is on to sell snacks for the play-off game today and then for the Super Bowl.

The level of excitement and enthusiasm and pride in Minnesota right now has created a strong sense of community here. We are Bold North proud. We are hardy Minnesotans united in our desire to see the Vikings, our team, in the Super Bowl that we are hosting in just a few weeks. We. Us. Good, typically stoic folks who are now chanting Skol! Skol! Skol! from small town school gymnasiums to the Mall of America.

On this morning before the NFC championship game against the Philadelphia Eagles, this feels like our year. To win. Big.

6 Responses to “In Minnesota: When a football team brings a state together”