AS SOMEONE WHO DOESN’T particularly like big cities, and I realize that term is relative, I like Madison. That surprised me.

The modernistic entrance to the U.S. Federal Courthouse.

The Madison Museum of Contemporary Art.

But on my recent first visit to Wisconsin’s capital city of 252,000-plus, I discovered a downtown that mixes historic and contemporary to create an energetic, yet small town inviting, vibe. Granted, I only spent an hour downtown and popped into only one shop on a Sunday morning. But that was enough for me to grasp a sense of place, a place I want to explore further. 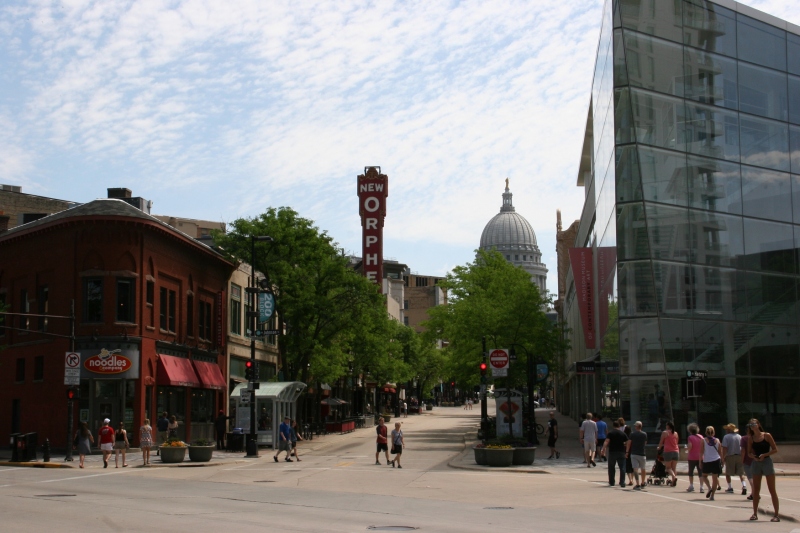 Looking toward the capitol.

This is a foot-friendly city with State Street, a pedestrian mall, stretching for blocks from the University of Wisconsin—Madison to the state capitol building. This is also a bike-friendly city. I noted, too, many restaurants with outdoor dining along tree-hugged streets. Madison visually impresses with its greenery seemingly everywhere. 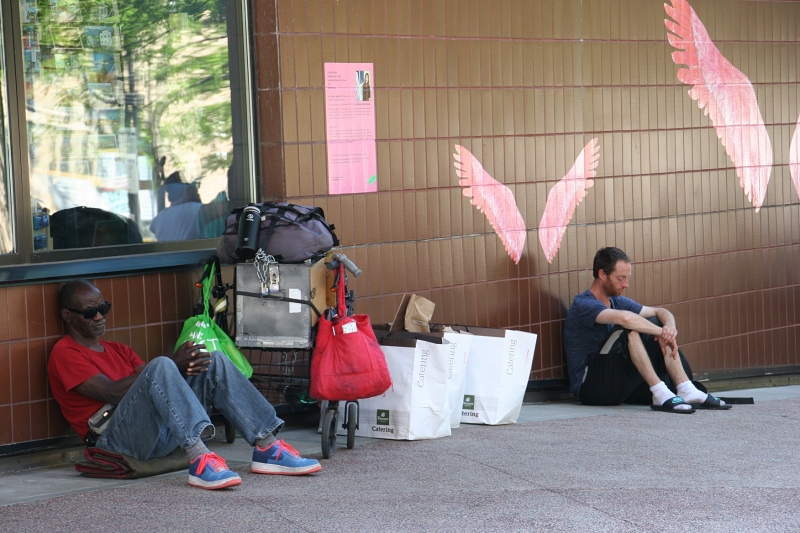 With the exception of homeless people I observed alongside a building near the capitol, I never felt like I was in an overpowering-to-my-senses urban area. 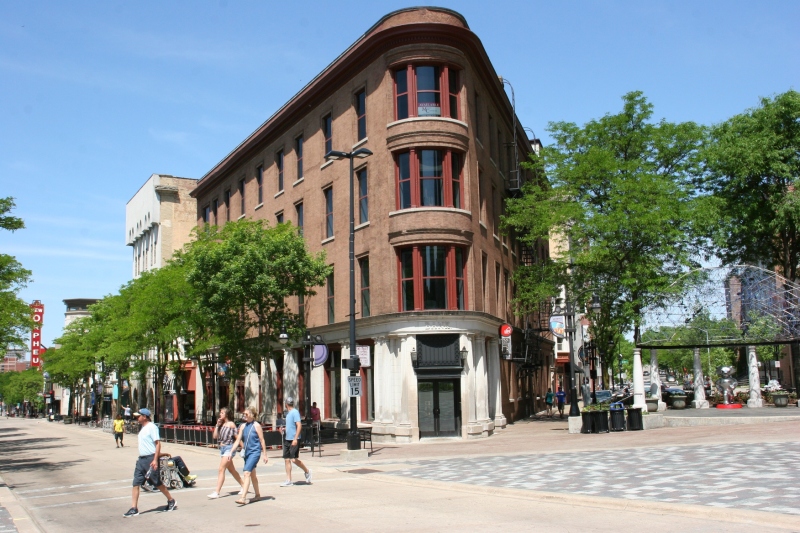 I felt, instead, like I was in greater Boston, which has the same smallish within a large metro area feel. Pie-slice street corners and angled buildings remind me of Porter and Davis Squares on the East Coast. Just less busy with pedestrians actually respectful of motor vehicle traffic.

Likewise, the packed, porch-fronted old houses of the downtown Madison area neighborhoods remind me of the old neighborhoods around Tufts University (where my son attended college) in Somerville and Cambridge, Massachusetts. I expect had UW-Madison been in session, I would have seen lots of college students in the heart of this city given the university’s downtown location. 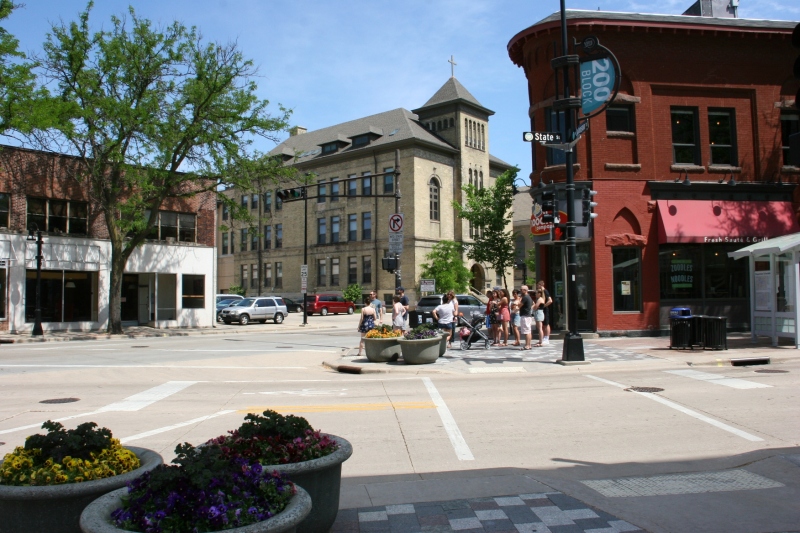 I found plenty to focus my attention. Architecture and signage always draw my interest and Madison offers visual variety in both. 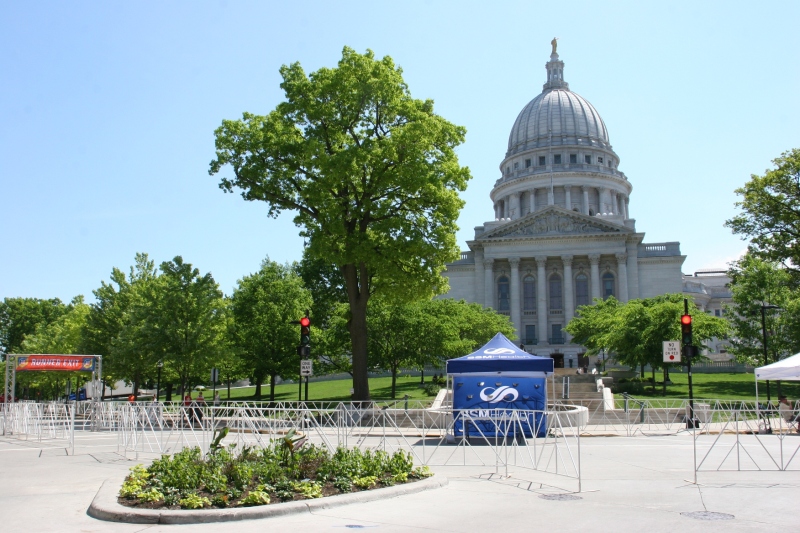 After an hour-long tour through downtown with family, I determined that I need to return, to step inside the buildings, the places, that define the center of this capital city.

TELL ME: If you’ve been to Madison, what would you suggest I see on my next visit? Please check back for two more posts from Madison, including one on Bucky Badger craziness.