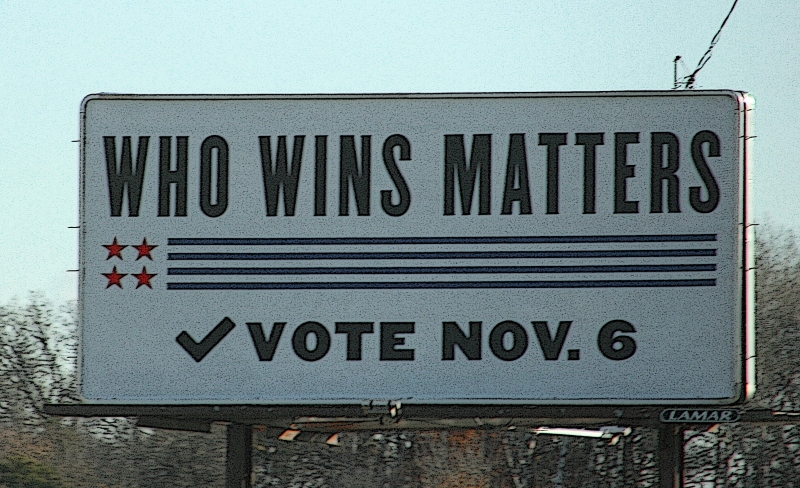 IN A YEAR WHEN POLITICAL CAMPAIGNS have reached a new level of negativity, it’s refreshing to see nonpartisan billboards encouraging people to vote. Just vote.

Who wins matters banners hundreds of billboards posted across Minnesota. The Pohlad family, owner of the Minnesota Twins, paid for the signage. I don’t know their political affiliation, and it doesn’t matter to me. What matters is the message.

Election Day presents an opportunity to exercise our freedom to vote, to choose the candidates we want in office. If you don’t vote, then don’t complain about the results.

I am so ready for this campaign season to end. I am weary of the attack ads. I’d much rather a candidate told me who they are, their views and what they hope to accomplish than attack an opponent.

I am so weary of the phone calls, including one from a particularly insistent campaign caller who pushed to the edge of harassment/intimidation/bullying/verbal abuse when I stated my viewpoint. You can bet that candidate will not get my vote, not that I intended to vote for him anyway.

I am so weary of the campaign literature that fills my mailbox daily. I don’t even read it. The mailings go directly into the recycling bin. I don’t need to read the accusations, the words that are unkind, hurtful, bordering hateful. I’d rather read positive words. I’d rather just vote on November 6.