How I got my teenage son to eat cranberries February 4, 2010 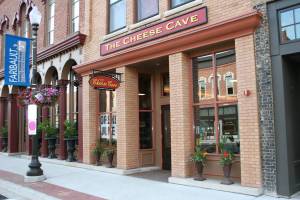 He will be the first to tell you, and I will agree, that my extended family is not much of a cranberry-consuming bunch. When we get together for Thanksgiving, one small can of cranberries feeds the whole family, with plenty left over.

That’s not to say I dislike cranberries. I simply don’t care for plain cranberries, jellied or whole. Now cranberry juice, oddly enough, is my favorite of all juices.

So with that background, you will understand that choosing a cheese speckled with cranberries would not be an expected choice for me. But remember, I was thinking of my cranberry-loving spouse. 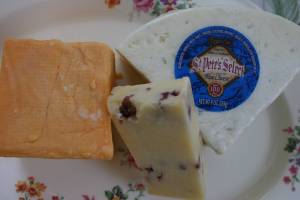 I wasn’t considering the tastes of my nearly 16-year-old son, who likes cheese, yogurt and ice cream and drinks so much milk that a family cow would be a good investment. It turns out he not only willingly tried the White Cheddar Cranberry Cheese, but actually likes it.

He doesn’t, however, know the truth about this cheese. My son thought, still thinks, that he was eating cheese peppered with, well, hot red peppers. (I assure you, this cheese tastes nothing like Pepper Jack Cheese.) But I’m not about to tell my finicky I-don’t-like-fruit-except-for-bananas teen that he was eating a forbidden-from-his-diet fruit like cranberries.

And I don’t expect you to reveal this secret either.

This all reminds me of a sister-in-law, who shall remain unnamed. She liked Rocky Mountain Oysters….until she discovered that she wasn’t eating oysters after all, but… 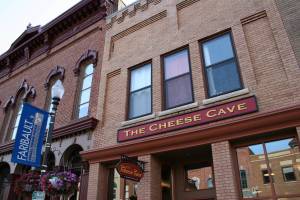 The Cheese Cave is housed in a beautifully-restored building in downtown Faribault. The interior, with an arched ceiling and sandstone-colored walls, mimics the caves where Faribault Dairy ages its cheeses.

CHECK OUT THE CHEESE CAVE, one of the newest businesses in historic downtown Faribault and touted as a gourmet destination. Located at 318 Central Avenue North, this store serves as the retail outlet for The Faribault Dairy Company, award-winning makers of cave-aged Blue and Gorgonzola Cheeses. In addition to an interesting variety of cheeses, you’ll find gourmet foods here. You can also grab a bite to eat with specialty soups, sandwiches and salads served. Those can be paired with a limited selection of wine, beer and drinks. Cooking demonstrations and wine, beer and cheese tasting are also offered at The Cheese Cave. 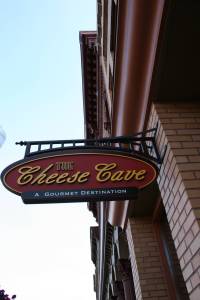 The Cheese Cave, a blue cheese lovers destination for Amablu and St. Pete's Select Blue Cheese, made by The Faribault Dairy Company.