YOU DON’T RUN ACROSS MEN like Joel and Louie Kukacka every day. These guys—father and son—are darned proud to be Americans, proud enough to publicly parade their patriotism.

Drive through the tiny Le Sueur County burg of Heidelberg and you’ll find a smattering of houses, St. Scholastica Catholic Church and a bar. And next to that bar, you can’t miss the Stars & Stripes Garage owned by Joel Kukacka. 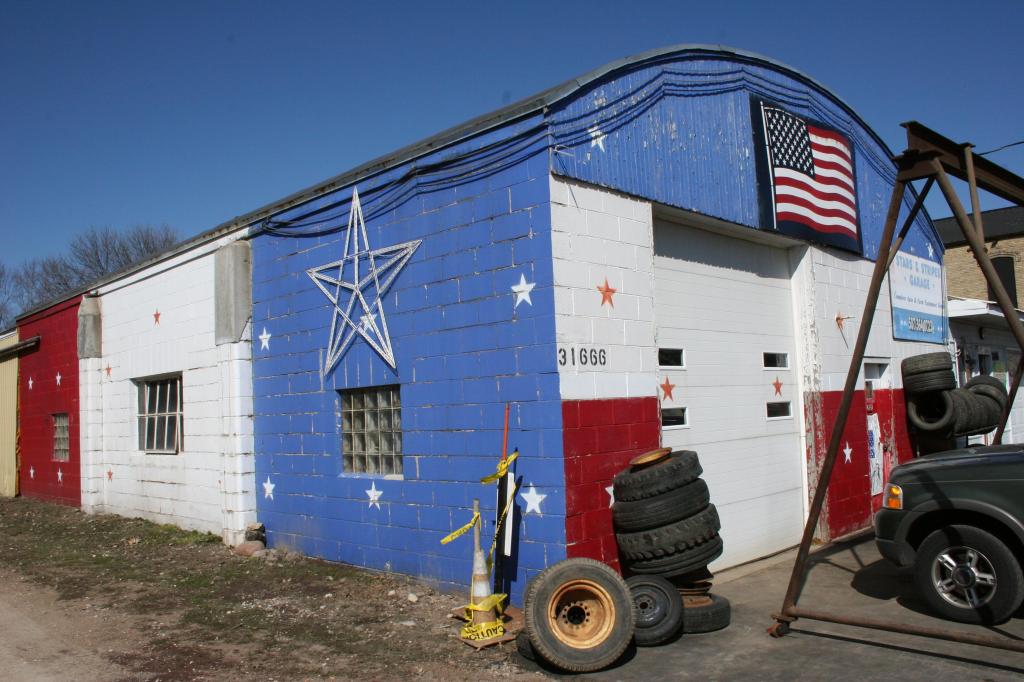 Painted red, white and blue and adorned with stars and a front-and-center American flag from the Harvestore silo company, this garage shouts American pride.

There’s nothing artificial about this outward display of patriotism. Joel and Louie really are as true-blue patriotic American as they come.

Several months ago I met the pair while working on a magazine feature article. They immediately impress me as men who possess a strong, independent spirit. If the word “redneck” didn’t have such negative connotations, I might even label them as such. Or I may even tag them as “mavericks,” but then I’ve got that whole Sarah Palin connection going and I’m not sure they would appreciate the tie.

Joel Kukacka outside his Stars & Stripes Garage in tiny Heidelberg.

Joel, who is 59 and a Vietnam War era veteran (he served in Germany and not Nam) opened his auto and farm equipment repair shop in 1980. The “Stars & Stripes” moniker seems a good fit given his military service, his affinity for eagles (including the $18 eagle tattoo he got in Germany) and his preference for American-made products.

As Louie, 33, tells it, for awhile his dad refused to buy anything that wasn’t made in the U.S.A. You simply have to admire someone with that level of American loyalty. But, Louie concedes, eventually Joel had no choice but to buy foreign-made goods.

Get Louie going, and his feisty attitude emerges. It’s clear to me that Joel, who is pretty quiet, has raised a strong boy not afraid to speak his mind. About those eagles his dad loves, well, “they represent independence and freedom, what this country used to be,” the younger Kukacka says.

Not wanting to get into a heated political discussion, I don’t ask Louie to expand on “what this country used to be,” although I’m certain he would give me an earful about government programs and subsidies and a whole list of other issues. 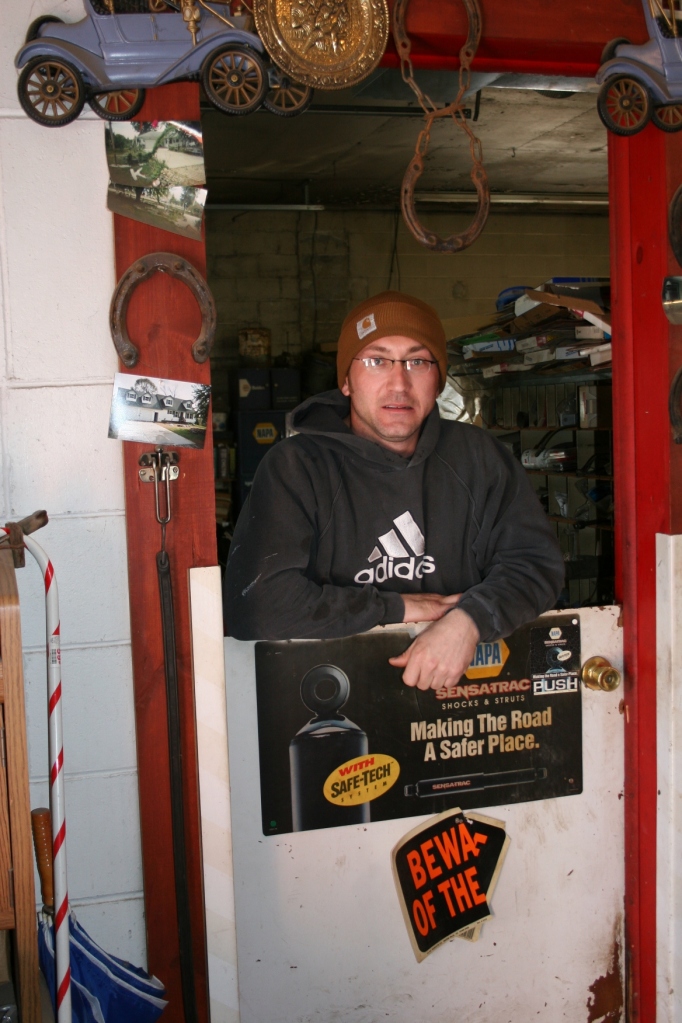 Louie Kukacka, leaning on the half-door between the garage bay and the office, speaks his mind about America and independent businessmen.

“He’s somebody that takes pride in their work,” Louie says of his dad. “That’s America, what we’re here for.”

Louie praises the independent businessmen (versus the big companies) who work long, hard hours to make a living. Joel and Louie openly admit, though, that surviving in rural Minnesota, and in the current depressed economy, isn’t always easy. During slow times, they supplement their income by collecting and selling scrap metal. These are, indeed, self-sustaining men who don’t mind getting a little dirt under their fingernails.

I admire their entrepreneurial spirits and their positive attitudes. They seem entirely content to live and work in Heidelberg, which, according to the 2000 U.S. census, has a population of only 72. Most Minnesotans likely never have driven through this off-the-beaten path town. But anyone who has traveled this section of Le Sueur County Road 30 will remember that patriotically-painted garage.

Louie is especially proud that his nearly 3–year-old daughter, Brigid, spends time in the garage and is already learning to work a wrench, getting covered head-to-toe, he says, in garage grime.

Already, I can imagine Brigid as a strong, independent woman, influenced by her outspoken father and by her Vietnam War era grandfather—a man who loves eagles, displays a photo of former Minnesota Governor Jesse Venture in his office and operates the red, white and blue Stars & Stripes Garage in the American burg with the German name.