As rain and snow fall, the flood threat rises in Minnesota March 22, 2011 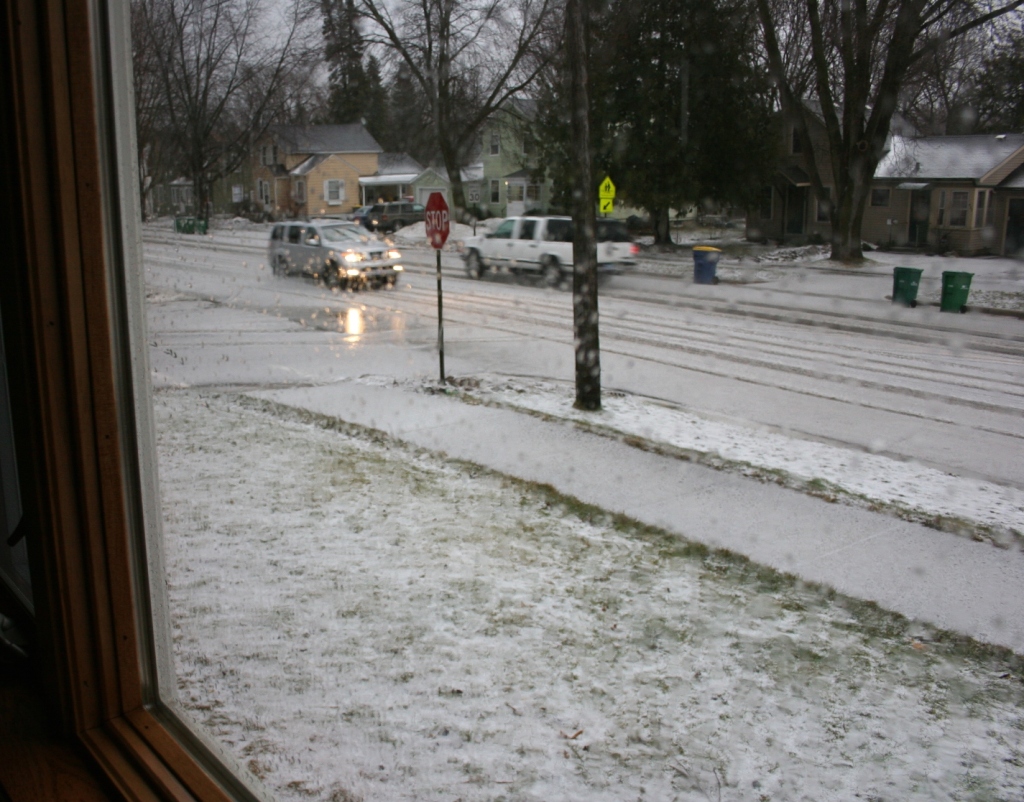 The view from my front window at 8 a.m. today as sleet pelted Faribault.

I AWOKE THIS MORNING to a world of gray and white and sleet pelting in sheets against the windows.

So much for spring…

When I plucked the The Faribault Daily News from the front steps, shook off the water droplets soaking the paper’s plastic sleeve, removed and opened the paper, I read this headline: STILL RISING—National Weather Service declares flood warning for Rice County as Straight River closes in on 10 feet.

And so the spring flood season has begun here in Minnesota with road closures in the Henderson area southwest of the Twin Cities, between Windom and Fulda in southwestern Minnesota and probably other places of which I am unaware.

Here in Faribault, officials are keeping a close eye on the rising Straight and Cannon Rivers. Sandbags are filled and plans are in place to put them in place should the need arise. Of major concern is the riverside wastewater treatment plant which was flooded during a flash flood last September. During that flood six months ago, many homes and some businesses were inundated with floodwaters. A local riverside park, which often floods in the spring, was also under feet of water.

Upon checking the National Weather Service Twin Cities, MN., website map, I see most of the southern half of Minnesota falls under a flood warning.

For the north, winter storm and blizzard warnings have been issued. The last I heard, several inches of snow are expected to fall in my area sometime today and/or into tomorrow. 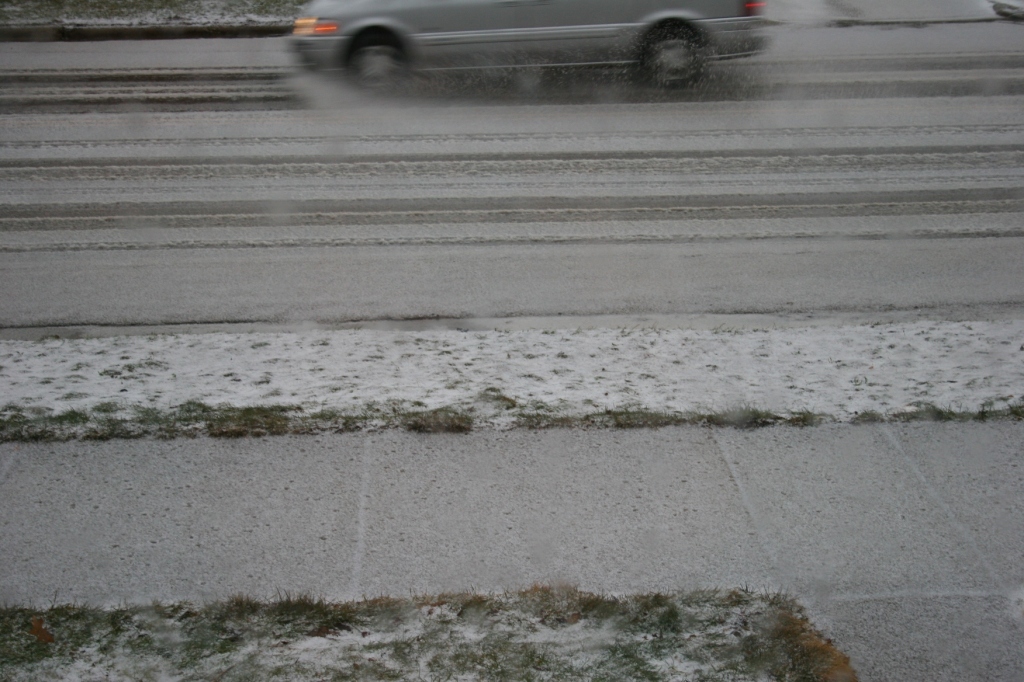 A car passes by my home at 8 a.m. as heavy sleet fell. Sleet also pelted Faribault during the night.

Rain continues to fall here as we approach the noon hour with temperatures hovering several degrees above freezing.

Personally, I’ve been affected by this wet weather with some minor water seeping into a corner of the basement—enough to soak up, move belongings and turn on the fans. It’s a hassle, but certainly nothing compared to the issues some folks will face as the snow and rain fall and the rivers rise.

PLEASE SUBMIT a comment with any information you have about rising rivers/creeks/streams and/or flooding in your area of Minnesota. I would like to share your stories with Minnesota Prairie Roots readers.

2 Responses to “As rain and snow fall, the flood threat rises in Minnesota”