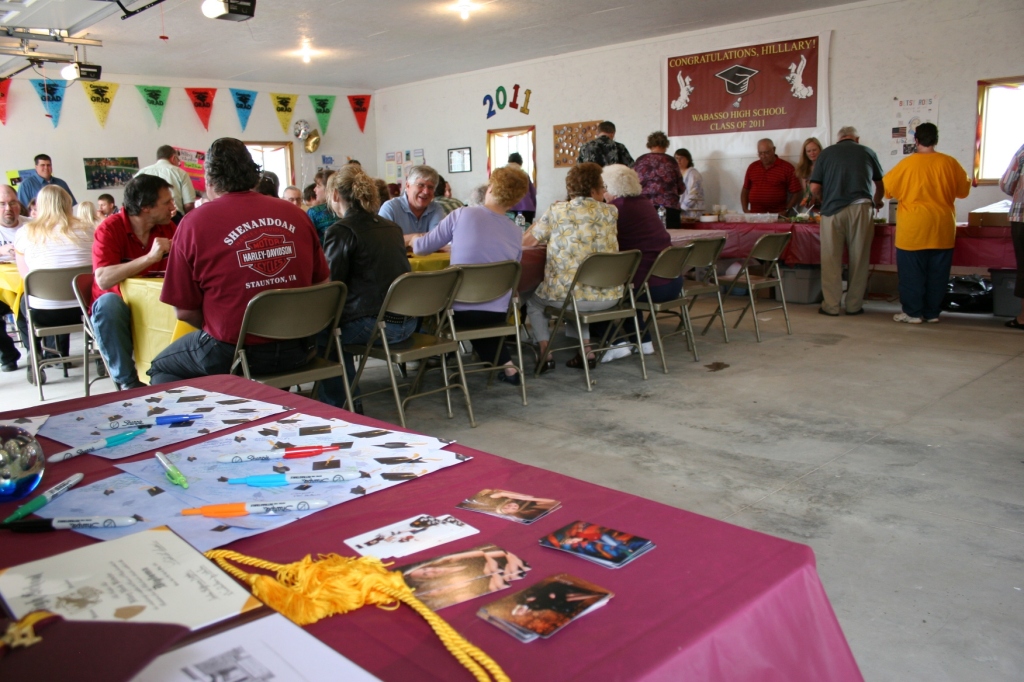 I recently attended this graduation reception for my niece Hillary, who graduated from Wabasso High School. 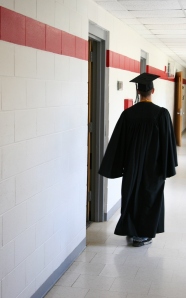 IF YOU’RE LIKE ME, you’ve received invitations to numerous high school graduation receptions. You’ll make the rounds, shaking hands with the new graduates, inquiring about their future plans, congratulating their parents and then grabbing something to eat (pacing your food intake) before moving on to the next reception.

If you’re like me, you also have not attended a single graduation ceremony, unless your child is graduating or you are invited to a small-town high school where seating is not limited to four spaces per graduating senior’s family.

Therefore, you probably have not heard a student commencement speech in some time.

About a week ago my niece graduated as valedictorian of  Wabasso High School, my alma mater, and gave a graduation speech, of which I’ve received a copy. Hillary spoke about the past and how it weaves into the future. “As we become the people we are meant to be, we can hold onto the memories of yesteryear and the hopes of tomorrow,” she said in part. “The one thing that will always remain constant is the change in our lives.”

Now compare that to the speech (see below) given by Hillary’s grandmother, my mother, at Wabasso High School 60 years ago. Class of 1951 valedictorian Arlene Bode spoke about “Our Part in the Fight Against Communism.”

When my mom first told me the title of her speech, I laughed. “Who gives a graduation speech about communism?” I asked, and laughed again.

An old fallout shelter sign on a building in downtown Pemberton in southern Minnesota.

Then my 79-year-old mother reminded me of the time period—the Cold War, the fear of the Soviet Union, the Korean War, fallout shelters—and I understood. She doesn’t recall whether she chose the topic or whether the subject was assigned. But the content gives some youthful, historical insight into the world six decades ago: 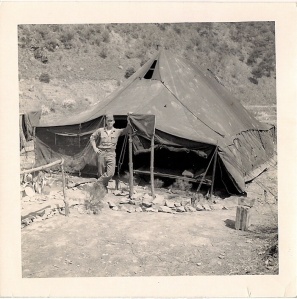 “WE, THE GRADUATING SENIORS, wish to take this opportunity to express our sincere gratitude to our parents, teachers, and all others who have helped us obtain our education.

OUR PART IN THE FIGHT AGAINST COMMUNISM

Communism is threatening the peace and security of our country. This is being brought more and more to our attention each day by the governmental leaders of the United States. We are sending our boys to Korea. We are conducting investigations to reveal any communist workers who may be in our government. We are sending Voice of America broadcasts behind the Iron Curtain to inform the people of how democracy works. But this is not enough. The tide of communism is moving ever forward. Most of Europe is communistic and it is spreading rapidly in Asia. This has happened just in the last few years. We must stop this tide before it is too late. It behooves us as graduating seniors to help in the fight against communism while there is still time.

Of course we must know what we are fighting against. The mere word communism is not enough. We must know what it means. The word communism is derived from the Latin word communis meaning common. It is said that communism is the distribution of income to each according to his need. They believe that all natural resources and most businesses should be owned by the government. They also believe in community ownership of property. This is the true meaning of communism, but it has an even greater meaning here in the United States. Senate hearings have shown that it is a politically controlled conspiracy, promoted by a foreign nation, for the overthrow of our government. If they should accomplish this overthrow it would be a decisive step toward placing the entire world under communistic government. According to Kenneth Goff, author of “Confessions of Stalin’s Agent,” the communist party has six main points in its program: Abolition of all governments, inheritance, private property, patriotism, family, and religion.

The communists strike first at the poorer class of people and at those who are not satisfied with present day conditions. They promise these people that under communism they will have all they want, such as rest, leisure, and social security paid by the State. But this is far from what really happens. What really happens is that these people lose their personal freedom and whatever they do is for the benefit of the communist party.

If we have an understanding of what communism means and how it works we can fight against it. Here are some of the things we can do. 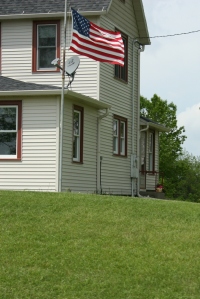 We must at all times practice democracy. Democracy means a sharing of respect, a sharing of power, and respect for the dignity of man. Democracy is promoted by a balanced economic distribution and an enlightenment of the people. We should see that parliamentary procedure is used in all organizations to which we belong such as, church organizations, community organizations, and women’s clubs. It is important to secure the wishes of the majority of the people without wasting time.

We must set a good example by being democratic in our every day life and in our dealings with others by working toward a definite goal in life, setting up ideals to follow, being a neighbor to all people regardless of their race, color, or religion, showing good judgment in all we do.

In a few years we will have a voice in our government and we must do our best to keep communists out of it. We can do this by voting at each election, which is one of the privileges of living in a democracy and one which we must never lose. But just casting a vote is not enough. We should know who we are voting for by studying the policies of each candidate to see what he stands for.

If each and every one of us practices democracy wherever we are we have done our part in the constant fight against communism. The part we play may seem small, but every little bit counts if we are to win over communism.”

AFTER READING MY MOM’S SPEECH several times, I wondered how often we as Americans pause to consider the freedoms we likely take too much for granted.

“We must at all times practice democracy. Democracy means a sharing of respect, a sharing of power, and respect for the dignity of man.”

WHAT’S YOUR TAKE on this 1951 graduation speech? Are any of her comments relevant today? What particularly struck you about this speech? I’d like to hear your specific reactions.

Graduation speech © Copyright 1951 Arlene Bode Kletscher (Except for corrected errors in spelling, this speech is published here as originally written.)