A chicken meal has been served for decades at V-Esta Daze. 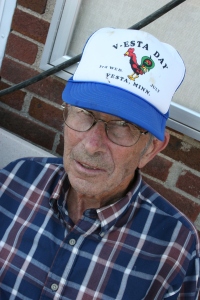 IF YOU GREW UP in a rural area, you likely also grew up with an annual small-town summer celebration.

My hometown of Vesta in southwestern Minnesota has, for decades, celebrated V-Esta Daze. The town name is pronounced “Vest-a,” but for the celebration, the pronunciation rhymes with “fiesta.” Don’t ask me why. We’re mostly a bunch of Germans.

Anyway, heritage and linguistics don’t matter so much as the decades-long tradition of serving Vesta’s famous chicken. Guys like Milt Marquardt, my neighbor back when I was growing up on a dairy and crop farm, have been grilling chicken so long they can’t remember. Suffice to say that’s been more than four decades.

Milt and the crew grilled 280 pieces of chicken for the crowd that lined up in the Vesta Community Hall Friday evening for quarter or chicken halves, potato salad, beans, rolls, pickles and beverages. A few things have changed about the meal—the potato salad is no longer prepared by local women and the plastic-ware isn’t wrapped in a napkin (you grab your own). But you’ll still find my Aunt Marilyn monitoring the beverage station, the same job she’s held for some 40 years.

Diners still settle onto folding chairs pulled up to long tables in the old hall. Glass encased military uniforms and built-in wooden benches flank the sides of the hall anchored by a stage on one end. Little has changed in this building (except the addition of a kitchen), which has long been Vesta’s celebration-central—the place to celebrate weddings and anniversaries and the coming together of community. 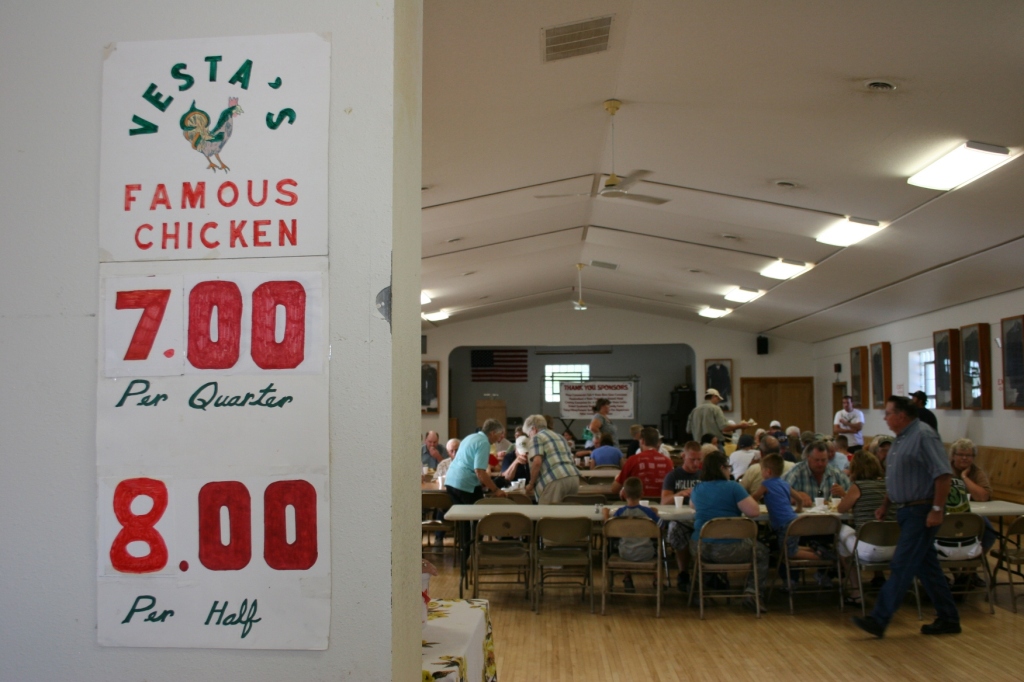 The same sign goes up every year inside the Vesta Hall. The price is updated when necessary.

Diners eat in the Vesta Community Hall, where military uniforms hang on the walls.

This year the V-Esta Daze celebration was moved from a week night to a Friday night. Thank you, organizers. That happened to coincide with the annual Kletscher family reunion weekend. So I was there, lining up for that famous chicken and reconnecting with people I haven’t seen in years (and trying to remember their names).

Gone are the carnival, softball games and water fights between neighboring fire departments that were part of the event when I was growing up. Instead, there were pony rides and bean bag tourneys, an antique tractor and car show, a putting green, pie eating contest, water fight for kids, street dance and entertainment by the Lucan Community Band and the required beer served from the beer truck. 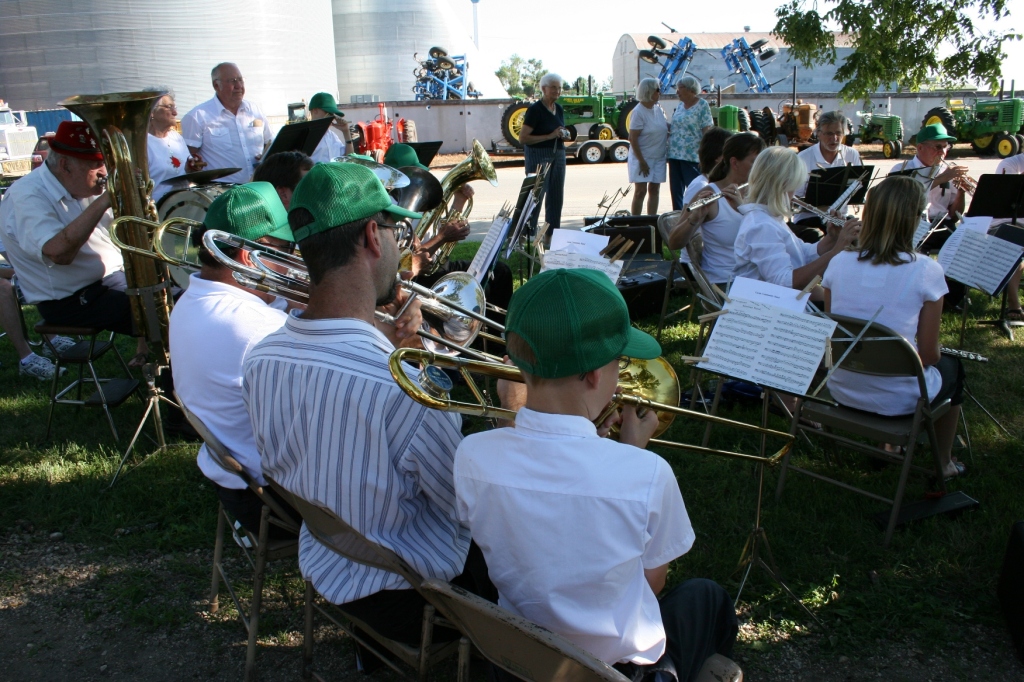 The Lucan Community Band played under the shade trees outside the community hall and across the street from the elevator around meal-time. Lucan is a town of about 200 seven miles south of Vesta.

Area residents brought their old tractors to town for a tractor and car show.

A view of the dashboard in a 1960 pick-up truck, looking toward some of the entries in the antique car show.

When I was growing up, members of Vesta's volunteer fire department engaged in water fights with departments from neighboring communities. Now the kids, not adults, participate in water fights.

I didn’t take in all of the events. I skipped the pie eating, bean bag toss and street dance. But I heard the band playing loud and clear a few blocks away when I left my Aunt Jeanette and Uncle Milan’s house around midnight Friday for my mom’s house a block away. Yeah, everything in Vesta, population around 300, is just a few blocks away.

HOW ABOUT YOU AND YOUR COMMUNITY? Do you have an annual summer celebration or return to your hometown for one? Submit a comment. I’d like to hear about these small-town gatherings.