Grilling burgers Friday evening at the Minnesota in May BBQ & Cheese Festival.

ON THE EVENING BEFORE the big BBQ competition, the atmosphere at the Rice County Fairgrounds felt kicked back. Contestants settled into lawn chairs with bottles of beer, others clustered around campers, some tossed bean bags and yet other competitors chatted it up with the locals.

Next to the Two Little Pigs BBQ site, a bean bag toss competition was underway.

The guys from QU Smokin’ Krewe, Waukesha, Wisconsin, took time to tell me about their “pit” and show me the meat cooking inside the massive wood pellet fired grill behind them. 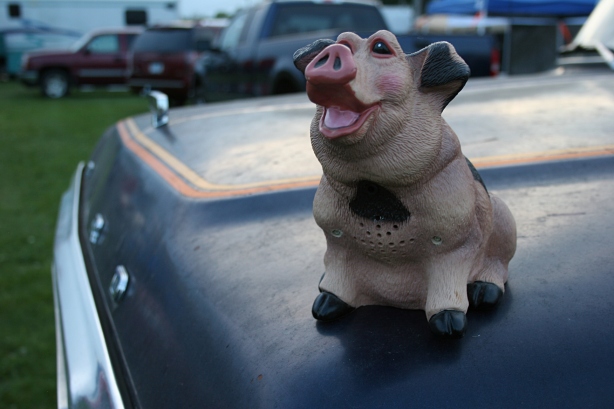 A pig on a vintage Ford pick-up, placed their by the team of two brothers and childhood friends originally from East Grand Forks, Minnesota.

Only a few focused on prepping for the competition at the Minnesota in May BBQ & Cheese Festival which continues today (Saturday) in Faribault.

Many of the grills, like that of the Lone Star Smoke Rangers from Rapid City, South Dakota, are massive. But some contestants cook on ordinary backyard grills. 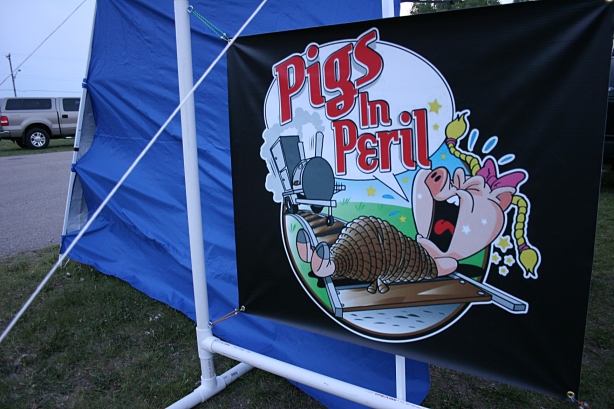 One of the many creative and humorous signs you’ll see at competitors’ sites.

Tami Schluter, co-owner of the historic Hutchinson House B & B in Faribault, brought her English bulldog, Butler, to the BBQ fest Friday evening. 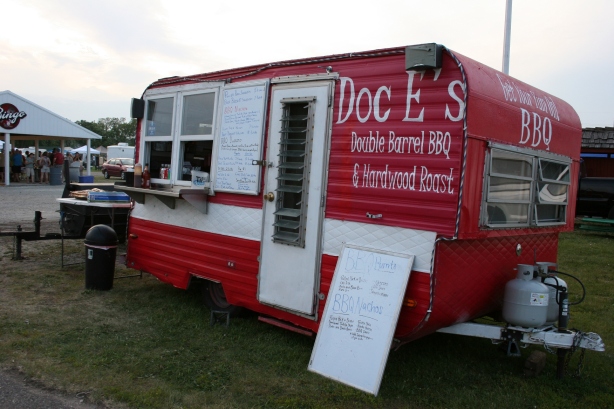 One of the vendors at the BBQ fest.