HE FLEW INTO MINNESOTA from Washington state, arriving at Bethany Lutheran College in Mankato, Minnesota, with a suitcase and a clock.

His roommate came with an entourage of family and a car filled with belongings.

My friend Dave (not his real name) remembers the moment well. The roommate with all the stuff. And the roommate’s dad who surveyed the dorm room, then locked eyes on that alarm clock.

“Nice clock,” he complimented Dave, who, decades later, laughs about the comment.

My friend’s story pops into my mind as I consider my 19-year-old son’s departure early this morning for Medford, Massachusetts (near Boston), where he’s accepted transfer student admittance to Tufts University.

Will he feel like Dave, the odd man out, arriving via plane with two suitcases, a carry-on bag and his pillow? 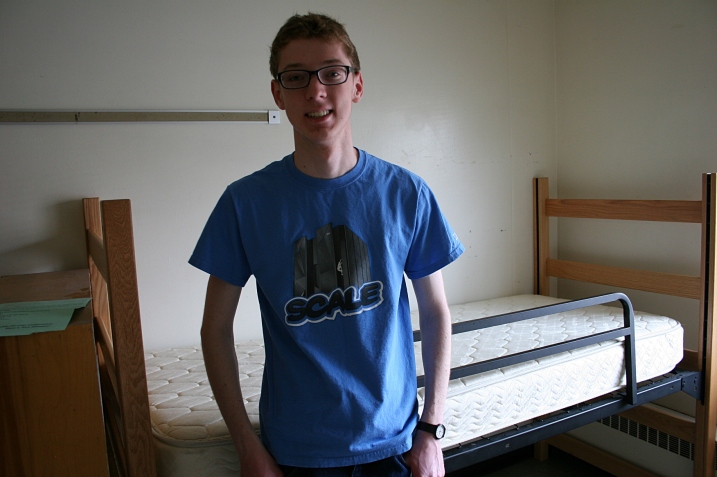 The son poses for a photo after packing his belongings in his North Dakota State University dorm room in May.

After minimal discussion, our family decided that, given the price of gas, food and lodging, it would not be cost effective for us to pack the son’s stuff into our van and drive east 1,400 miles to Medford and then back next spring.

I won’t miss the moving in and out of dorms that I expected would be a part of our lives for the next several years. My husband and I have done that already with our daughters, long graduated from college. 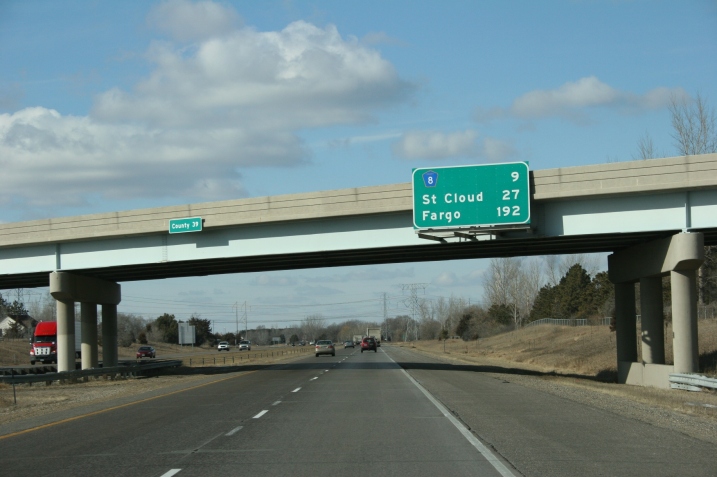 On the road to Fargo.

And I definitely won’t miss the long road trips along Interstate 94 to Fargo, where our youngest attended North Dakota State University for a year, or the worry about blizzards and closed interstates.

But I will miss seeing my son settled in and the ability to visualize him in his dorm room or anywhere on the Tufts campus. There is a certain sense of security for a mother in both.

Yet, this is not about me. This is about my son, his education, his need to feel challenged, his happiness and his future. The opportunity to attend a noted and respected research university like Tufts, which offers admission to only 50 – 100 transfer student applicants per year, is huge.

The debt load that our boy will bear, however, also will be huge (compared to NDSU), even with a substantial and outstanding financial aid package. Without that needs-based funding, he couldn’t attend Tufts; we are grateful. Still, I worry about how he/we will come up with our expected family contribution toward his education. The annual cost to attend Tufts exceeds our family’s annual gross income.

My youngest brother, a successful Twin Cities attorney, tells me not to worry, that my computer engineering major son will earn good money upon graduation. I expect he’s right. Already the 19-year-old’s base hourly wage at a summer internship was higher than his dad’s base wage after more than 30 years as an automotive machinist. And everything I’ve read points to continued demand for computer engineers in jobs that pay well. 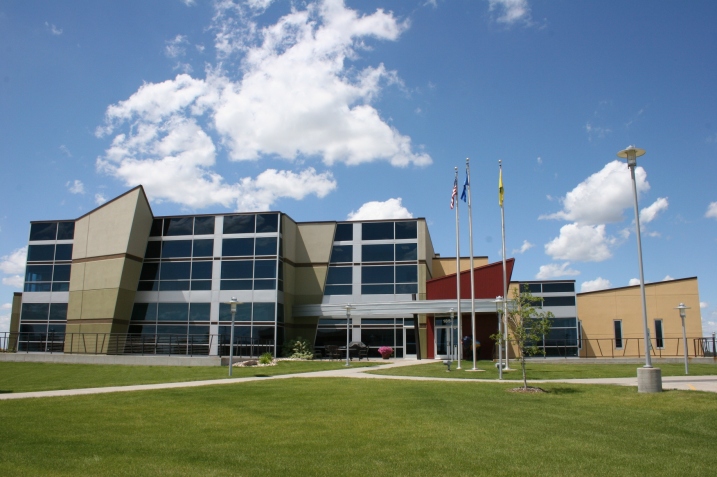 While at NDSU, my son worked and volunteered in the Technology Incubator as part of an Entrepreneurial Scholarship. He is walking away from two major scholarships at NDSU to attend Tufts University. This summer he lived in Rochester and worked for IBM. His work experience at both places have been great opportunities to grow and learn and build connections for his future.

If anything, I know my son is driven to learn and succeed. He’s already proven that via his academic, computer programming and gaming successes, and his experiences working for two technology companies and more.

But, still, he’s only 19 and my boy, setting off alone for Boston with his bags. And an alarm clock in his smart phone.