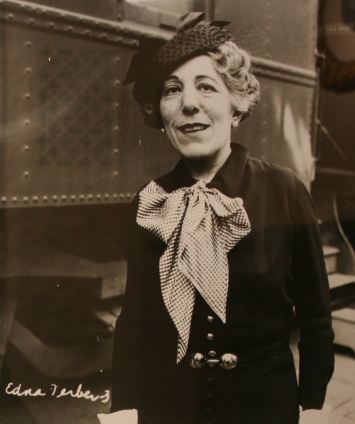 Edna Ferber portrait, photographed from a display at the History Museum at the Castle.

WHO IS EDNA FERBER?

But I didn’t. Although now I do.

Thanks to an exhibit at the History Museum at the Castle in Appleton, Wisconsin, followed by additional online research, I now know some basic facts about this Pulitzer Prize winning author. In 1925, Ferber won a Pulitzer for her novel, So Big. Set in turn-of-the-century Chicago, the book tells the story of widowed Selina DeJong and her struggles to support herself and her son. That novel is now on my must-read list.

I think I would appreciate the writing of a woman “hailed for sensitively portraying working Americans, for calling attention to women’s roles in American history, and for writing with a journalist’s knack for precise vocabulary and vivid description,” according to info posted in the museum exhibit.

At age 17, Ferber became the first woman reporter for the Appleton Daily Crescent. Seventeen. Her work as editor of her Appleton high school newspaper apparently impressed the Crescent editor.

Her best known works include Show Boat, made into the celebrated musical in 1927; Cimarron, adapted into the 1931 film which won an Academy Award for Best Picture; Giant, a 1956 Hollywood movie; and that Pulitzer novel, So Big.

According to info on the History Museum at the Castle website, Ferber is known for her “wit and perspectives on growing up in a small Midwestern town.”

Now that I can really appreciate.

READERS, have any of you read Ferber’s work or seen the films inspired by her writing? 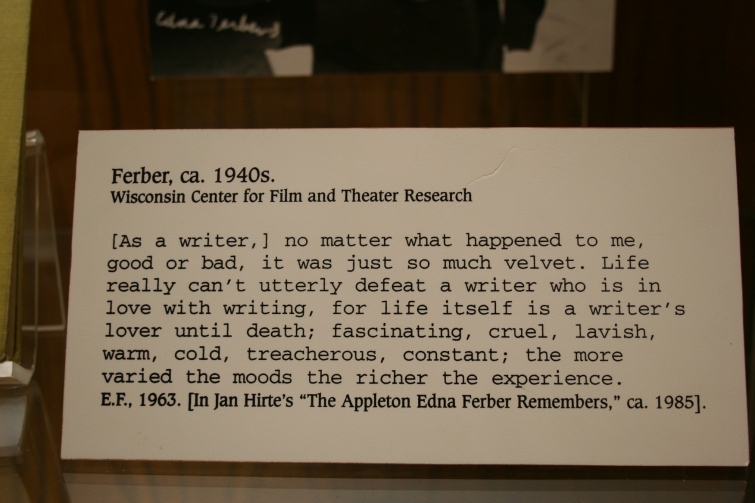 This quote, showcased in the History Museum at the Castle display, rings true for me as a writer, too. 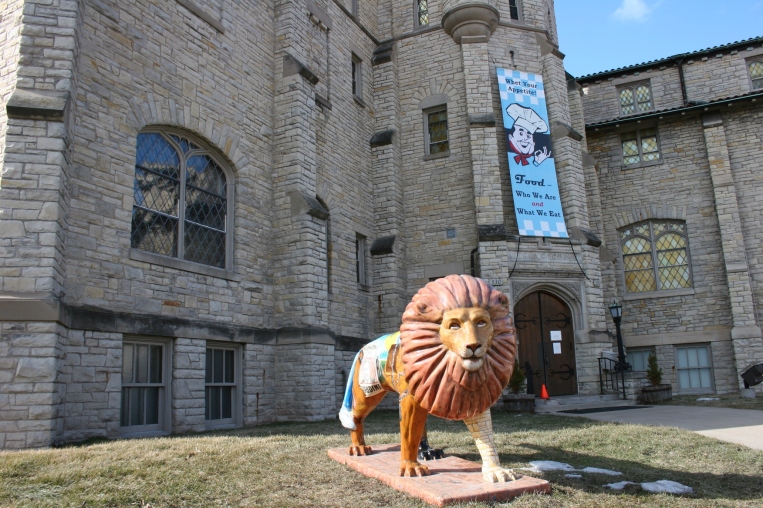 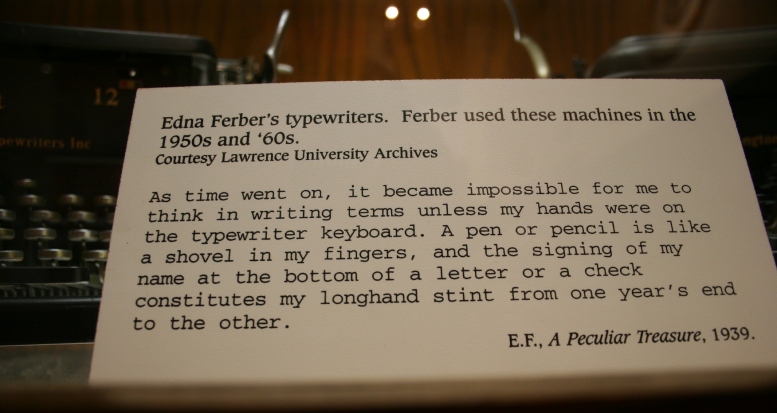 At my first reporting job out of college, I wrote my stories on a Royal manual typewriter. In this quote from Ferber, today I’d replace “computer” with “typewriter” when referencing my writing.

CLICK HERE to read a previous post about a Wisconsin food exhibit at the History Museum at the Castle. And check back for more posts from Wisconsin, coming soon.