TRAVEL WEST ACROSS the Highway 60 viaduct toward downtown Faribault and you likely will notice the steeples and towers poking above the landscape. Just like on the eastern side of my Minnesota community, these punctuating structures mark numerous historic buildings.

Now Jeff Jarvis, a local historian and artist who works as the City of Faribault’s community enrichment coordinator, has created Steeples & Towers, a photo montage. For a donation to the Concerts in the Park fund, you can purchase this 12 x 18-inch poster featuring 18 spires on educational, religious and residential structures. Places like the Cathedral of Our Merciful Saviour, the Hutchinson House, Buckham Memorial Library. 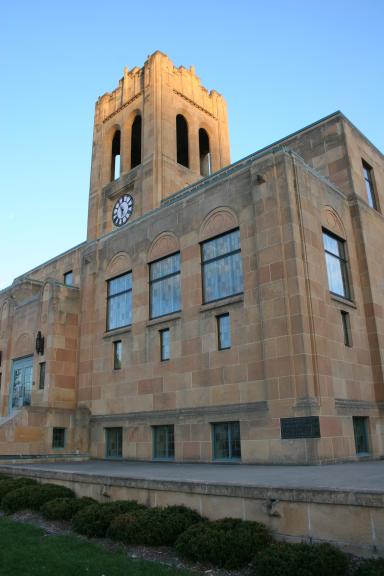 I’ve long valued the detailed architecture that defines so many aged buildings in Faribault. Jeff’s targeted and documented Steeples & Towers poster art heightens that appreciation and focuses awareness. “How dreary buildings would be if they were all square boxes,” he notes. 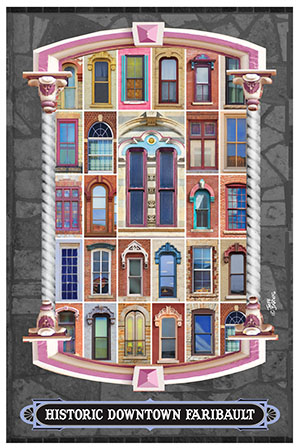 The inspiration to do the windows downtown came initially from reading signs placed in the empty downtown buildings—“This building is not empty; it’s full of opportunity.” Reading these struck me as funny. From my point of view as an artist, I see the beauty of the intact architecture and the variety of exterior colors. It seems backward, but to me a full store is almost secondary.

The prize is being able to stroll about in respect and appreciation of the historic district. I see and imagine the stories hidden behind the facades—the limestone backsides, the alleyways with faded vintage lettering, and the add-ons that can be viewed if you look closely.

Of course, there are lots of metaphors or idioms about windows that are fun that could apply to the downtown situation like “God closes a door, then opens a window,” etc. The project itself was like seizing a window of opportunity to teach others to quit quibbling about downtown—to turn their focus instead to one of the lovelier features in town. 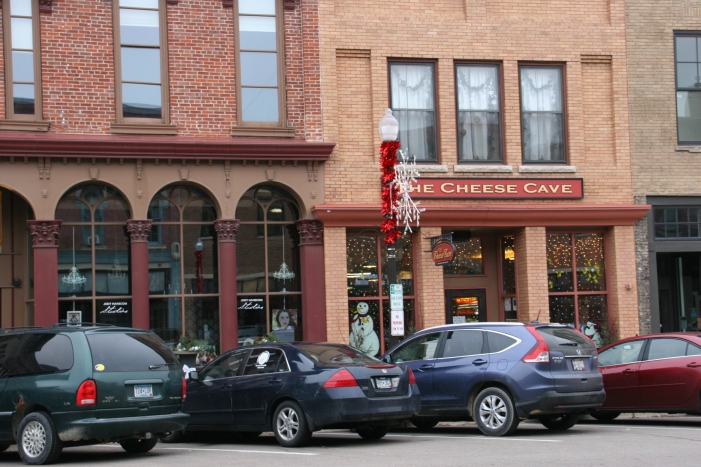 Jeff has it right. As a community, we need to seriously appreciate the aesthetic and historical value of the many old buildings that stand in and near the heart of the downtown and elsewhere throughout Faribault. I’m not saying that appreciation hasn’t existed. It has as evidenced in the restoration of many historic buildings, the existence of the Faribault Heritage Preservation Commission, the current interest in possible Artspace development and more. But sometimes we get sidetracked, too often complaining about perceived problems or what we don’t have rather than valuing what we do have.

And one of those assets—Concerts in the Park—is the benefactor of the historic posters sales. Those summer concerts are a 130-year tradition in Faribault. I’ve been attending these outdoor performances for more than 30 years, since relocating here. I’ve grown to love this Minnesota community. The traditions. The people. And, yes, the steeples, towers and windows, too.

FYI: If you are interested in purchasing these historic posters for a donation to the Concerts in the Park, stop at Faribault Park and Rec, 15 West Division Street, or email jjarvis@ci.faribault.mn.us. Donations will help underwrite concert costs.