From Minneapolis neighborhood to prison, one inmate’s life story June 13, 2017 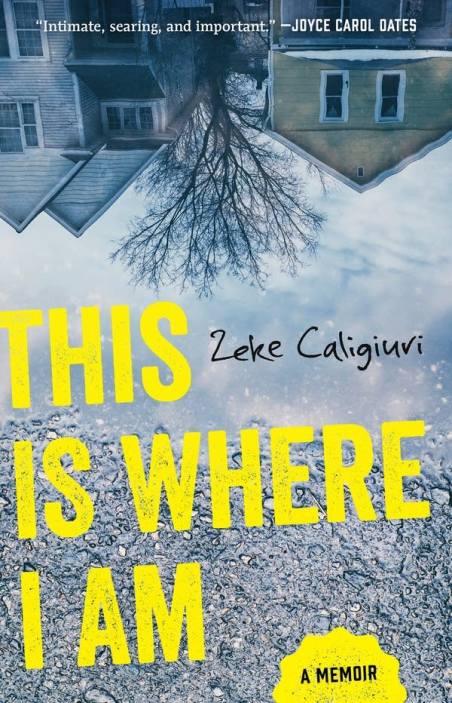 NOT ALL THAT FAR from my home, across the historic viaduct spanning the Straight River, past the hospital and down the road a bit, razor wire tops fences surrounding the Minnesota Correctional Facility, Faribault.

Among the men incarcerated there is Zeke Caligiuri, prisoner and author.

I recently read his book, This Is Where I Am, a memoir that takes the reader from Caligiuri’s growing up years in the Powderhorn Park neighborhood of south Minneapolis to a prison cell. His urban life was marked by school truancy, drug use and dealing, crime, violence, and a lack of purpose. All this despite loving parents and a grandmother who never gave up on him, who wanted and expected so much more. He doesn’t blame them for the choices he made.

I’ve never read a book like this because, well, I’ve never read a book written by an inmate. His story is both revealing and yet not so. I kept waiting for Caligiuri to share information on the crime that landed him a 34-year prison sentence in 1999. He never did. To me, the absence of that presents a gaping hole in an otherwise revealing read. For the record, he is in prison for robbery and second-degree murder with a scheduled release in 2022.

A threading theme throughout Caligiuri’s story seems to be an innate desire to change. Yet, the pull of environment, the pull of long-time friends, the pull of drugs, the pull of darkness overwhelmed him. Depression defined that darkness. Given the recent public shift toward addressing mental health issues, this particular part of the story is especially enlightening in its in-depth details. My heart hurt for the young adult overcome by an illness that is too often not addressed by society (although that seems to be changing).

Caligiuri doesn’t write about daily prison life as much as he writes about his feelings and his struggles to maintain his sanity within the confines of a penal institution. When he throws food out of his cell and when he hides a banned something (which he fails to identify) in his cell during a lockdown, I feel no sympathy for the rebellion, defiance and anger he holds. Perhaps I should. But then my thoughts trace back to his crime.

How you view this book depends, I think, on your experiences. If you have been personally affected by violent crime either directly or indirectly through a family member or friend as I have been, you will probably react differently than a reader who has never been victimized.

I appreciate, though, this honesty in Caligiuri’s book: I looked around and everyone had a story about getting f****d by the system, or by their best friend, or the mother of their kids.

Blame, blame, blame…anyone but themselves for their incarceration. That this inmate-writer recognizes that lack of responsibility and accountability is noteworthy.

The author considers himself a much different person than the young adult who entered prison nearly two decades ago. That is evident through the telling of his story. He’s clearly proven himself as an author with a unique voice. He can write. He’s educated himself. He’s matured. In five years he’ll leave prison, trying to determine his new role in the world away from the men who have become his family and away from the place that’s been home for so long.