The view from Faribault during today’s major winter storm April 14, 2018 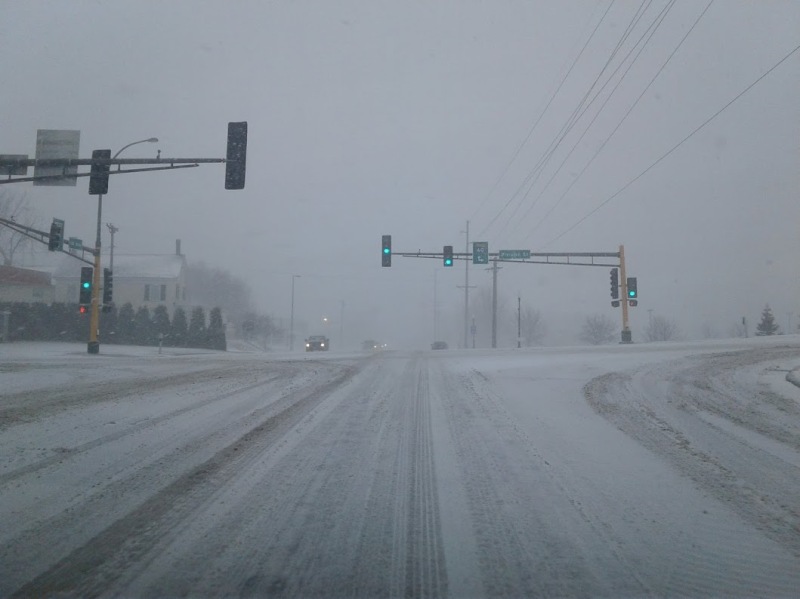 Approaching the intersection of Minnesota State Highway 60 and Division Street in Faribault around 10:30 a.m. 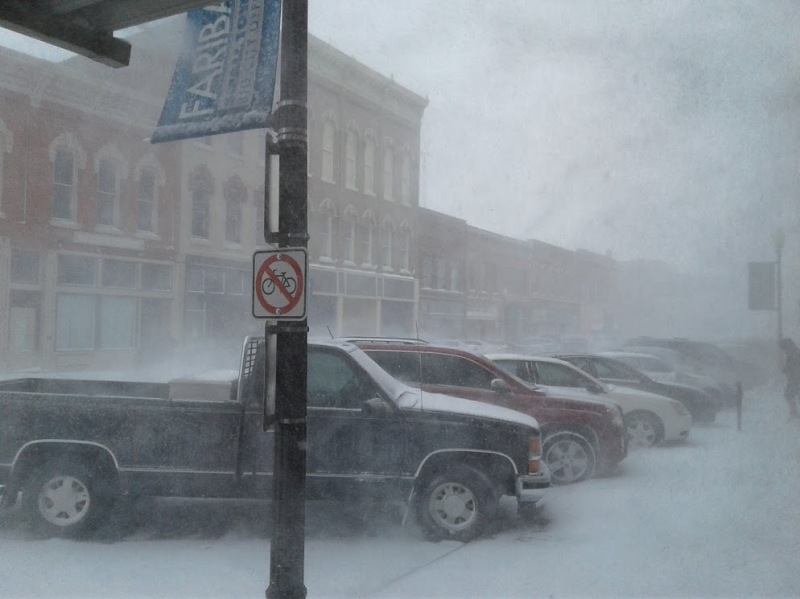 I ducked under a canopy to shoot this image in the heart of downtown Faribault late this morning.

It’s bad out there folks. Not that I’ve been anywhere except in the downtown area of Faribault today. But that was enough to show me that this major winter storm is exactly as predicted. 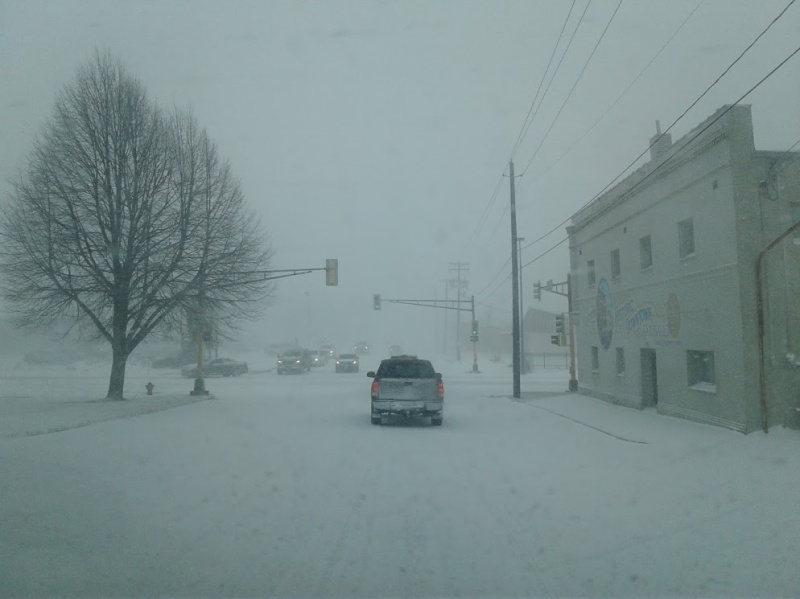 Driving along Second Avenue toward the intersection with Minnesota State Highway 60 in Faribault. Lots of folks were out this morning buying groceries and getting video rentals.

In the 1.5 hours I was out this morning, precipitation transitioned from light snow to heavy. You couldn’t see a block away with strong winds reducing visibility. I can only imagine the view in the open countryside. 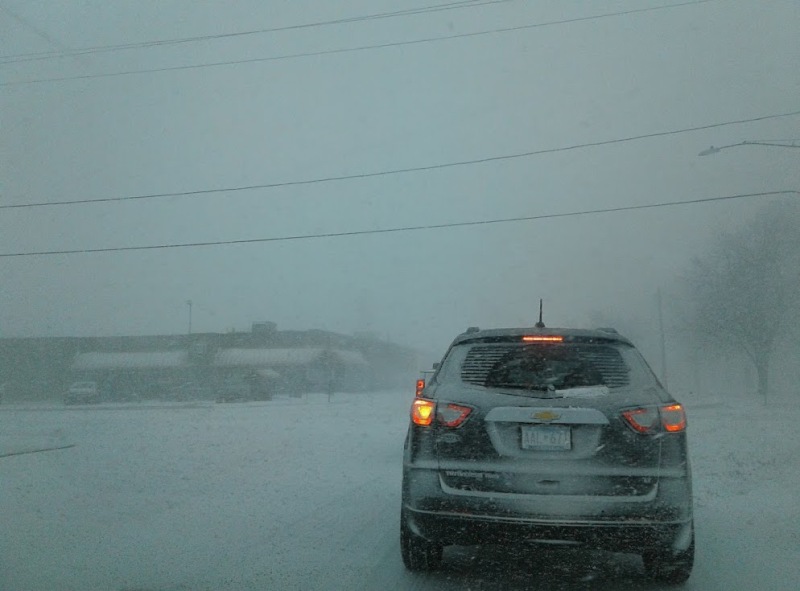 Right now we’re in a lull. The weather looks deceptively calm. Just like it did this morning when I awakened, observed only a light layer of frozen precip on the ground and thought, “This is it, the big storm they were forecasting.”

Hours later I wasn’t thinking that as I braced into the wind-driven snow, head down, heading back to the van. 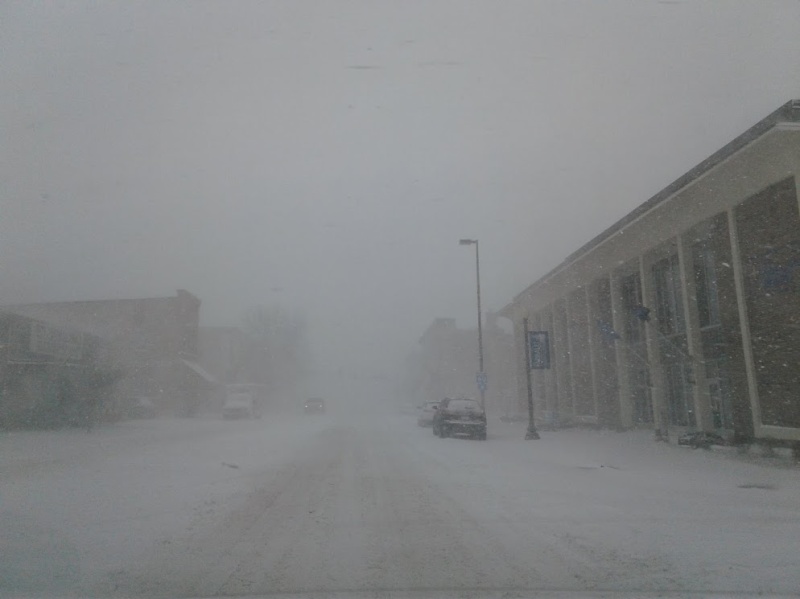 Passing by the Faribault Police Department, right, around 11:30 a.m.

I’m home now, about to stir up a batch of oatmeal chocolate chip cookies and later bake garlic rosemary focaccia. I’d rather be where I was supposed to be today—attending my granddaughter’s second birthday party an hour away. That’s been delayed. And to think, her California family flew in just for the party, only to find themselves in the midst of a major winter storm. Welcome to winter in Minnesota.