Spring flooding in my home county of Redwood April 30, 2018 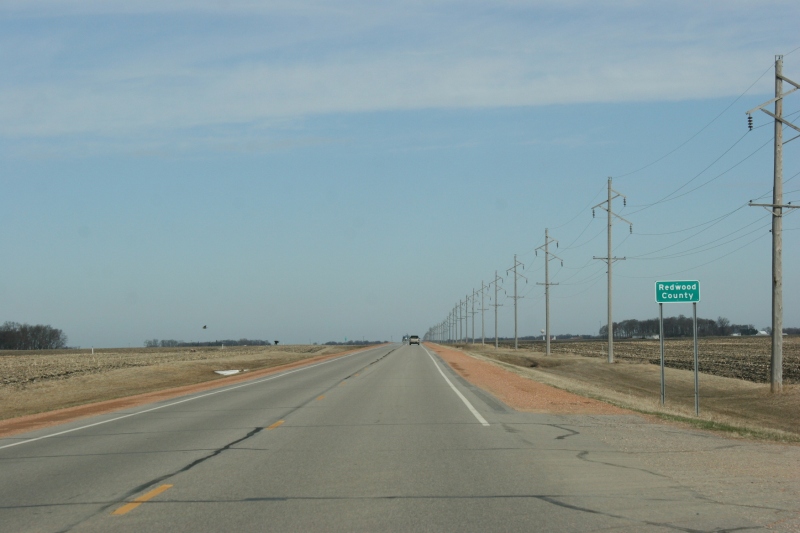 Entering my home county of Redwood along Minnesota State Highway 68 southeast of Morgan.

SEVERAL DAYS AGO, traveling back to my hometown of Vesta, I noted snow sculpted in some road ditches. This late in April, the scene was unexpected. But then a blizzard raged across southern Minnesota only weeks earlier. And that road ditch snow, hard-packed by prairie winds, had yet to melt in the then 60-degree temps. 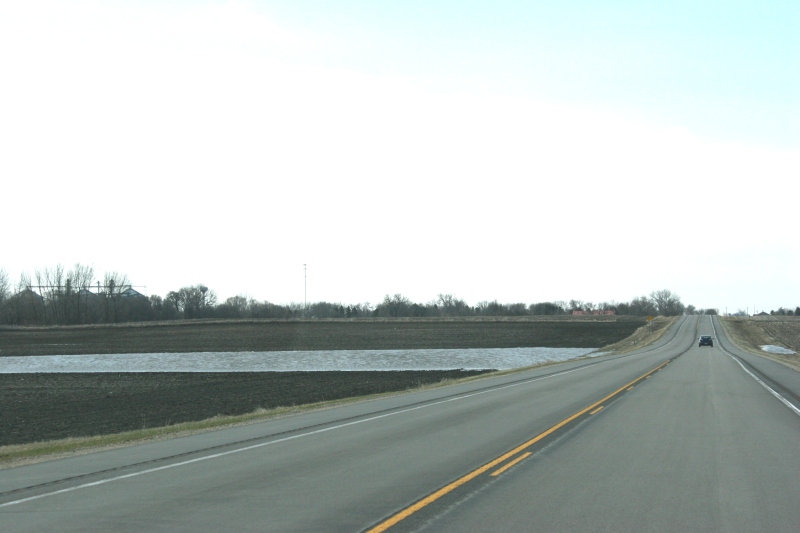 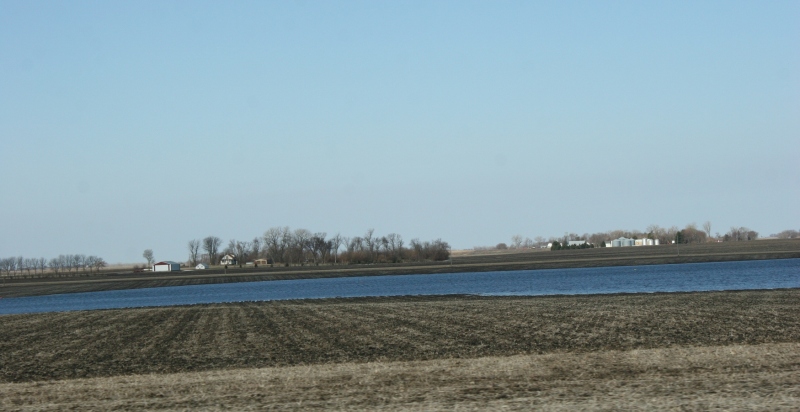 A view of the flooding from Highway 19 just northwest of Vesta. 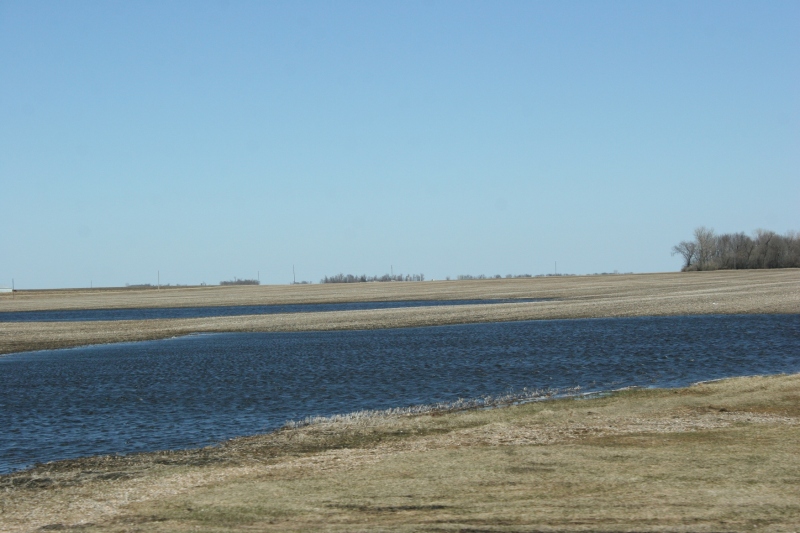 And just across the highway, more flooding.

Beyond the snow, though, I noticed water setting in farm fields. The late significant snowfalls and plugged culverts and tiles likely contributed to the collection of snow melt water in many low-lying areas. It would be awhile, I surmised, before farmers would be working this land. 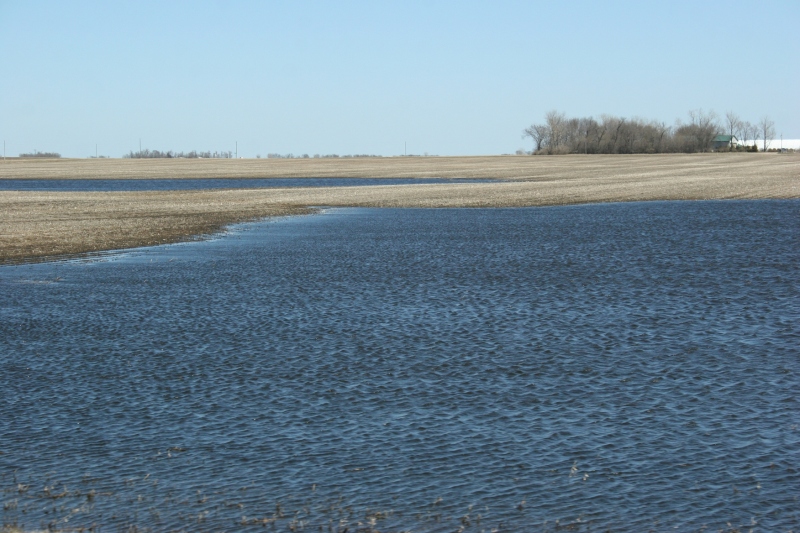 The deep blue of those temporary ponds appeals to the poet in me. I see lines of poetry in splashes of blue across an otherwise drab landscape stubbled by remnants of last year’s harvest. 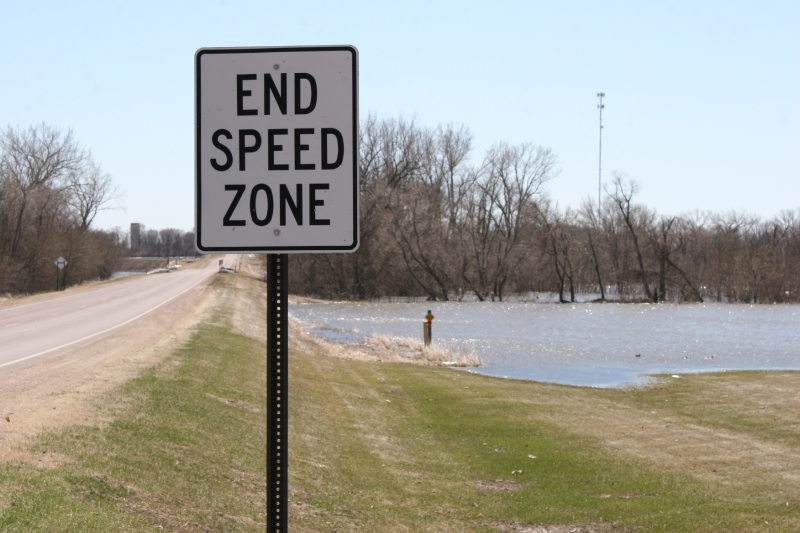 The Redwood River, flooded over its banks, along Redwood County Road 10 heading south out of Vesta. That’s my home farm in the distance. There have been times when the river flooded across the roadway. 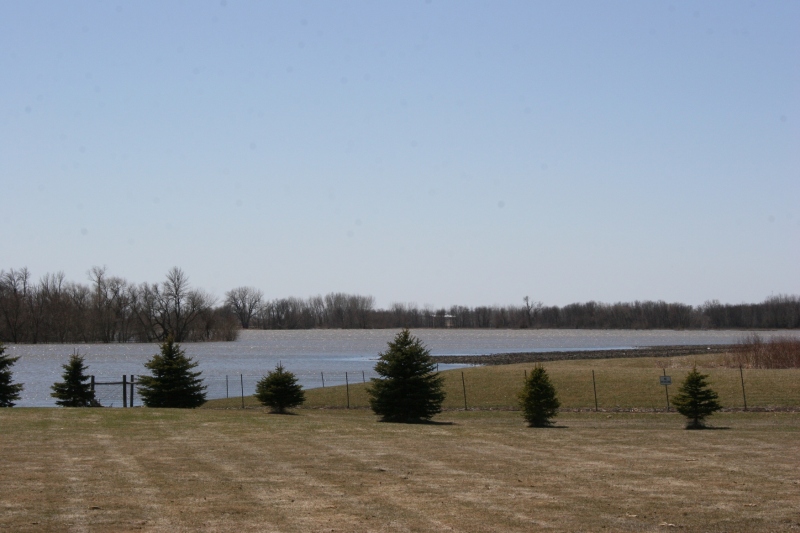 A temporary lake of floodwaters borders my hometown of Vesta. 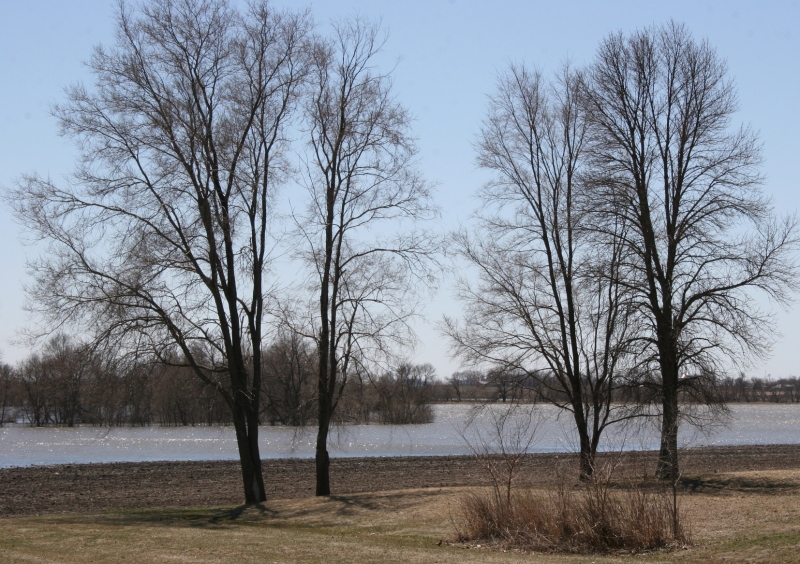 Flooded farmland along the Redwood River on the edge of Vesta.

On the south edge of Vesta, within view of the Redwood River, a lake formed as the river overflowed its banks and flooded surrounding farm land. The town itself was in no danger with a hill—rare as they are on the prairie—bordering that end of town. 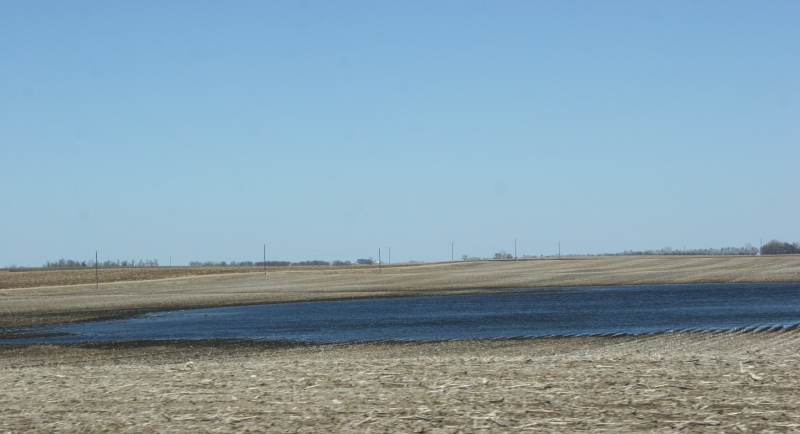 There’s something about floodwaters that draws my appreciation, causes me to stand and just look at the river and recognize its power. 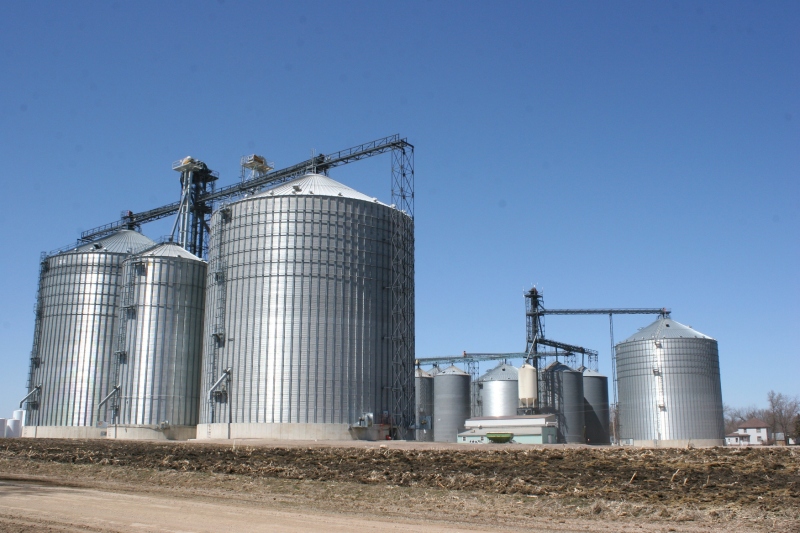 These grain bins sit a gravel road and short stretch of land away from the floodwaters of the Redwood River in Vesta.

I realize that soon (maybe even as I write) this flooding will be another memory as farmers ready for planting and, in several months, the harvest.