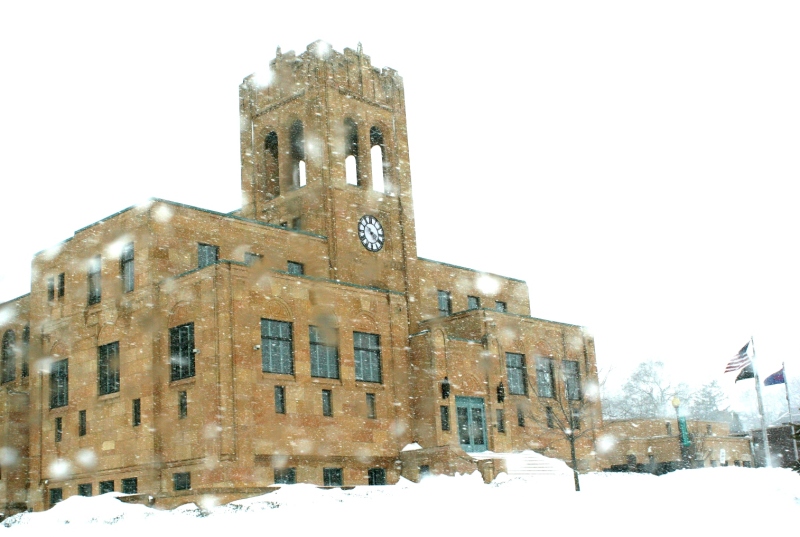 TO SAY THAT I’VE had it with winter in Minnesota would be an understatement. This weekend’s forever snowfall, which pushed us into the snowiest April on record, did it for me. I’ve officially had it with this endless cold and snow.

Light snow fell all day Sunday in Faribault as traffic drives here along Minnesota State Highway 60 in the downtown area.

I offer no apologies for my negative attitude. Because of this storm, I missed my granddaughter’s second birthday party. And, yes, that was enough to make me cry.

Thoughts of spring flash as I pass Farmer Seed and Nursery late Sunday afternoon. Spring planting seems a long ways off with about 14 inches of new snow on the ground. 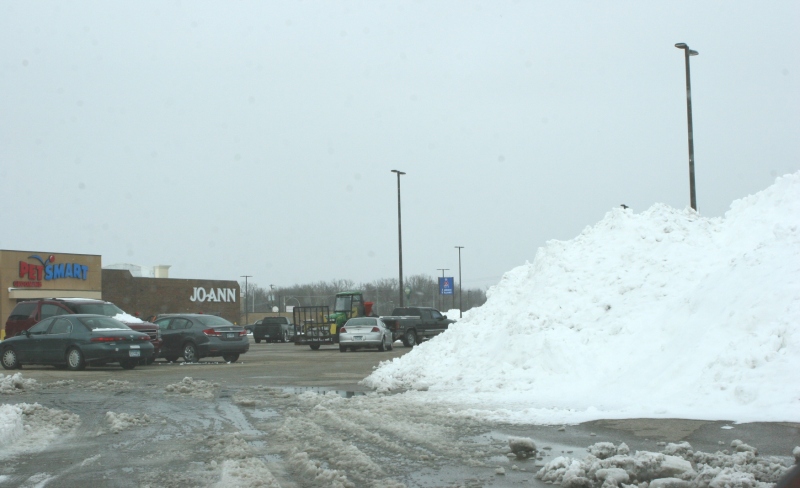 That was after shoveling snow for the second time in less than 24 hours. Heavy, wet snow that took considerable heft to lift from the end of the driveway. Shoveling that left my back aching. It takes hours of effort to remove 12 – 14 inches of snow. Randy ran the snowblower. But there’s still a lot of shovel work. While I was shoveling snow, I should have been at Izzy’s birthday party, watching her open gifts and blow out two candles.

Maybe tomorrow the snow will stop and the sun will shine…before our next predicted snowfall arrives on Wednesday.