Vesterheim Norwegian American Museum in downtown Decorah draws many visitors interested in learning about their heritage.

TWICE I’VE VISITED DECORAH in northeastern Iowa. It’s one of those towns that feels comfortable, inviting, an ideal destination for someone who prefers rural to urban. 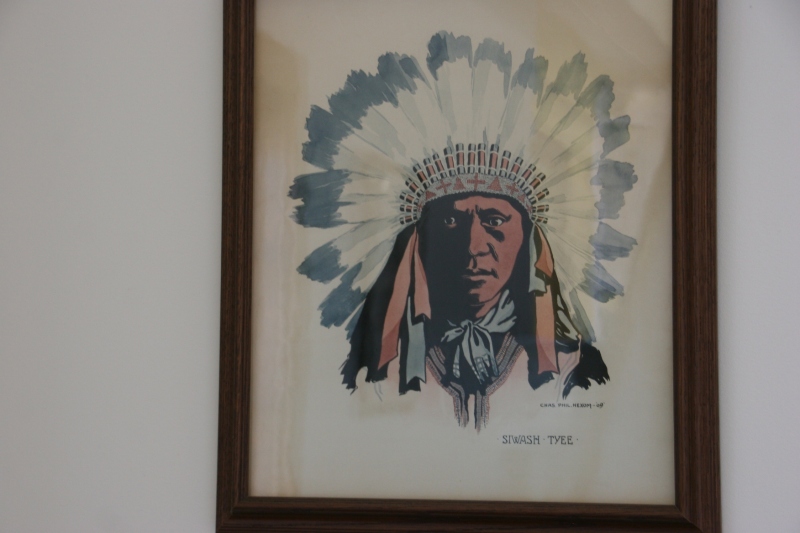 Decorah is named after Ho-Chunk Chief Waukon Decorah. I spotted this portrait by noted artist Charles Philip Hexom on a stairway wall at the public library.

What makes Decorah so appealing to me? 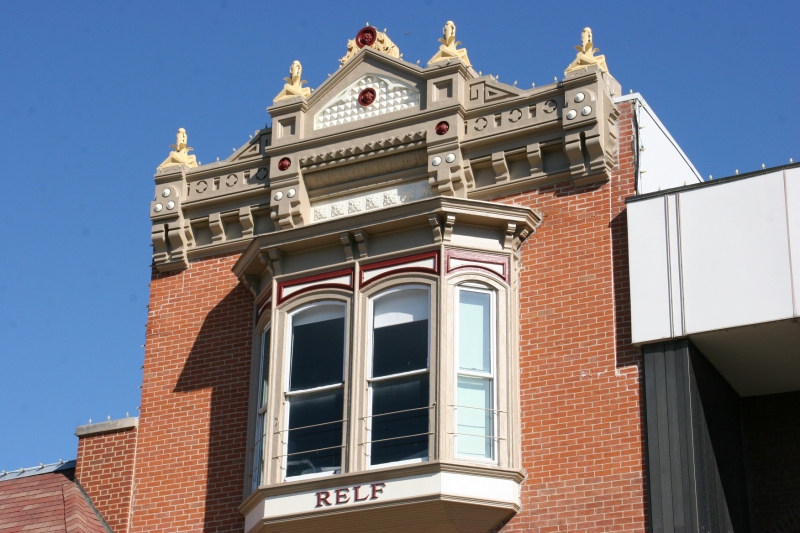 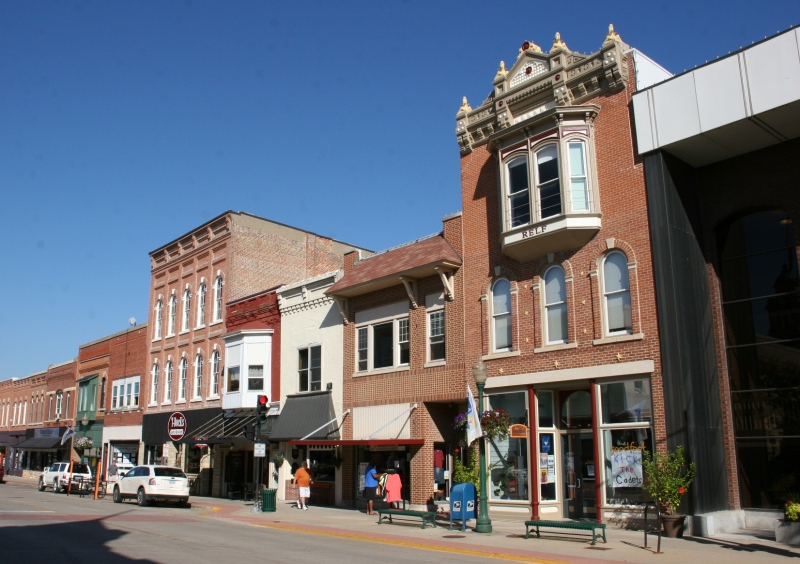 “Doe and Fawn” sculptures by Victoria Reed stand in a public plaza near a downtown co-op.

Love this mural of “Irene” painted by Valerie Miller of Steel Cow. 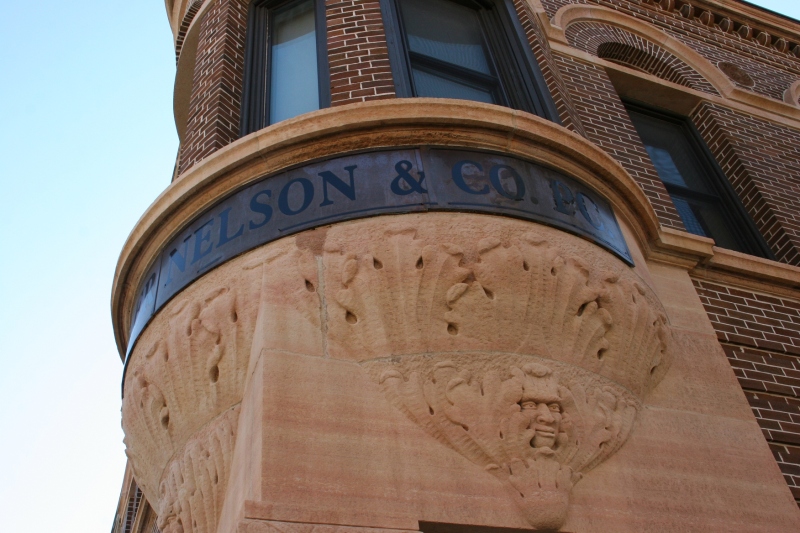 A stone sculpture on the Nelson & Co. building.

One of my favorite spots in Decorah, the waterfall at Dunning’s Spring Park, site of a former grist mill and gifted to the city in 1946. 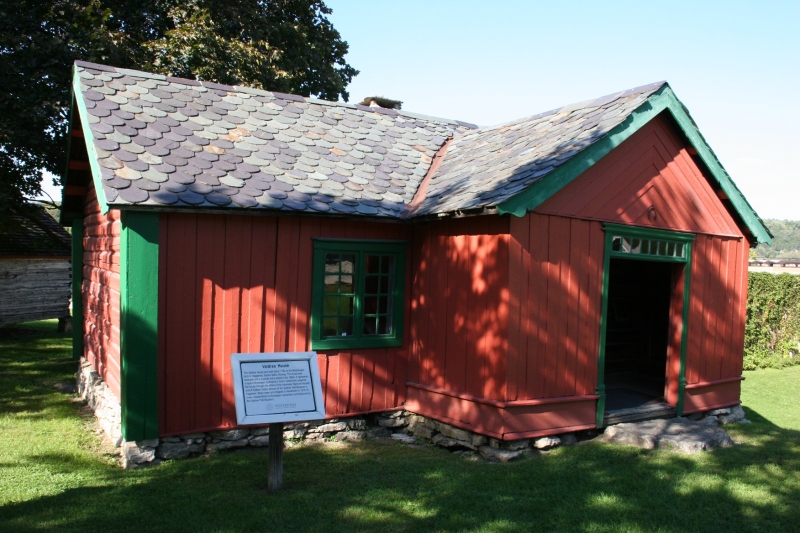 Valdres House, one of many authentic Norwegian rooted buildings at Vesterheim. This is a typical Norwegian landowner’s house, dismantled and shipped from Norway to Decorad in the mid 1970s.

The downtown shops and eateries. The city’s appreciation of its strong Norwegian heritage, even if I’m of German heritage.

And the people. While at Pulpit Rock Brewing, Randy and I shared a picnic table with a young couple and their daughter (and her grandpa). They were quick to answer our questions about places to eat, sleep and explore.

Upon their recommendation, we stayed at a new hotel on the edge of town and met a trio of college friends together for their annual girlfriends’ reunion. They welcomed us into their circle at a gas-fired campfire on a perfect early autumn evening. When did hotels start adding this amenity? I loved it. There’s something about fire…

The Upper Iowa River runs through the 34-acre Decorah Community Prairie and Butterfly Garden. This view is from a scenic overlook in Phelps Park.

And water. Water is part of the draw for me to this river town.

Magnificent stone work at Phelps Park, which also includes a fountain (not on at the time of my visit) crafted from stone.

Upon the recommendation of the family at the brewery, we sought out Phelps Park. There we found extensive stonework done by the Civilian Conservation Corps. I often wonder when I see such work, “How did they build this without modern equipment?”

Outside an historic downtown building with a corner tower, I chatted it up with an elderly man on a bench. He drives in from the farm every morning to meet friends for coffee and to sit and people-watch. He lives out by the supper club, he said, which meant nothing to me. But I pretended like it did. He’ll never see me again.

That’s the thing about travel. If you engage with the locals, you’ll learn a thing or ten about the place you’re visiting. Stuff you won’t find on a website, stuff best learned in conversation.

TELL ME: Do you chat it up with locals when you’re traveling? I’d like to hear your stories.

PLEASE CHECK BACK for more photos from Decorah. Have you ever visited Decorah and, if so, what appeals to you there?

NOTE: I took these photos during a mid-September visit to Decorah. The landscape obviously looks much different today. So if you’re not inclined to visit this Iowa city now, think ahead to next spring or summer.

16 Responses to “Why I love Decorah, Part I”